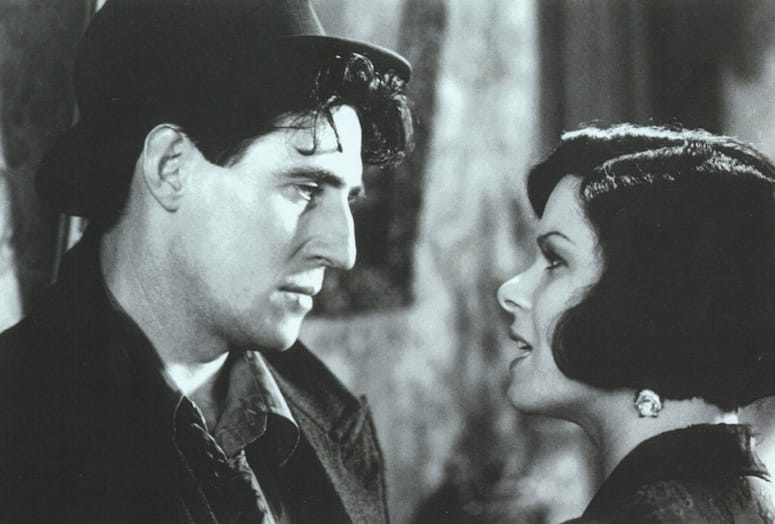 Gabriel Byrne and Marcia Gay Harden star in "Miller's Crossing," which will open the 16th annual Arthur Lyons Film Noir Festival, May 14-17, at the Camelot Theatres in Palm Springs.
Photo courtesy of Coenbrothers.net

When Alan Rode took over as producer and host of the Arthur Lyons Film Noir Festival in 2008, the festival's core audience has increased while keeping its spirit and heritage.

"Arthur was a good friend, and I miss all the laughs we had," Rode recalls from the early days when he helped Lyons, a former Palm Springs city councilman and detective writer, coordinate the festival that now bears his name. “Arthur began the festival as a ‘grass roots’ event that included films of varying presentation quality including VHS and 16-millimeter because that’s what was available at that time,” says Rode, pictured at right. “We’ve progressed beyond that technically. I’ve obtained access and programmed a variety of archival films."

The 16th annual Arthur Lyons Film Noir Festival is set to run May 14-17 at the Camelot Theatres in Palm Springs. For those who have yet to attend the festival, this year's 12 films have plenty to offer.

“We feature films that have not been shown before, or have obscure discoveries, and classics that people can see on the big screen, such as The Big Clock, which is featured on May 15,” says Rode.

"On May 16, Born to Kill has a great title, and is a perverse film from the 1940s in which everyone in it is bad," laughs Rode. “We are still able to screen vintage films – many in their original 35 mm mode – at the Camelot Theatre in 2015 is a beautiful thing for our loyal film noir-loving audience. We are not just saving the films; we are preserving the experience of movie-going as a universal cultural tradition.”

One of the main appeals of the Noir Festival were appearances by stars from the "B" movies from the 1940s and '50s. Audience members were encouraged to ask questions from the stars after onstage interviews, request photos and autographs, and sometimes meet them at the after-receptions. Now, with each passing year, finding guest stars isn’t so easy. They are getting on in years, and there are fewer of them left to invite. "There is nobody like Norman Lloyd," says Rode, who has worked with Lloyd on many occasions. "Norman can talk learnedly and in fascinating detail about film and television and especially of the leading geniuses of 20th century American cinema that he’s worked with. It is always an honor and a privilege for me to speak with Norman Lloyd.”

After each movie is shown, Rode takes to the stage with the stars and elicits a lively interview followed by questions from the audience. "Just because someone like Norman Lloyd is a great raconteur, doesn't mean that you don't have to do your homework," Rode warns.

He often sends a list of questions to the guest star, and out of courtesy he asks if there are certain questions they wish not to be asked. For instance, two stars may appear in the same movie, but never had any scenes together or met each other, says Rode, who has posted past Interviews with guest stars on YouTube.

“These guys are part of living history,” says Rode, who invited the Oscar-winning Marty star Ernest Borgnine as the headliner for the 2010 Arthur Lyons Film Noir Festival, a few years before his passing at age 95 in 2012.

“Jon is a superb character actor in the film noir tradition akin to Sydney Greenstreet, Peter Lorre, and other legendary performers,” says Rode, who will interview him onstage on Opening Night. “Like them, he can do anything. Jon is a great actor, period.”

Since the availability of the film noir stars are dwindling, Rode has had to look elsewhere to find guest stars, including sons and daughters of the stars or book authors who specialize on film noir stars.

Besides Lloyd and Polito, guest stars this year include Gorden Gebert, Steven C. Smith and J.R. Jones. Jones wrote a biography on Robert Ryan titled On Dangerous Ground, and he will have his first book signing at the festival, which is presented by the Palm Springs Cultural Center.