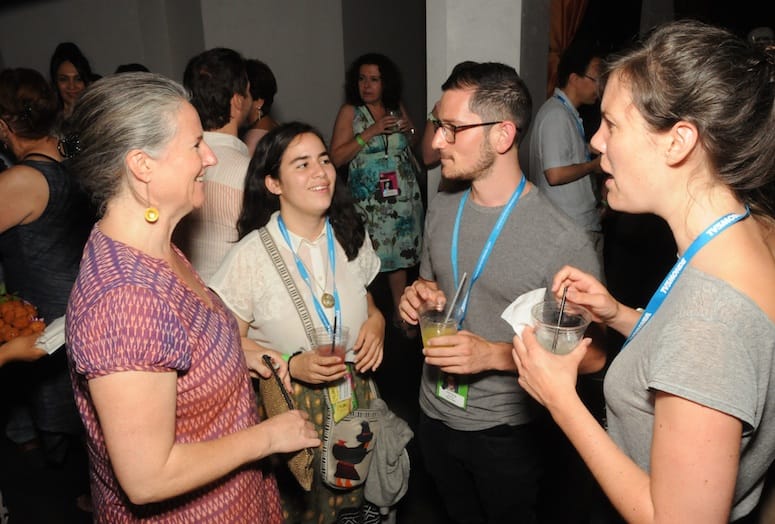 Palm Springs International ShortFest director Helen DuToit beamed as she introduced the sponsors, programmers, and jurists who announced the award winning films before their uninterrupted showing.

The five young jurists who adjudicated the Young Jury Award won the cute factor. Each gave one sentence about why they chose Taking Flight (US), by Brandon Oldenburg. This film also won Best Animated Short.

Small and large groups engaged in vibrant conversation at the Hyatt Palm Springs’ after party. Filmmakers exchanged cards and spoke of upcoming projects.