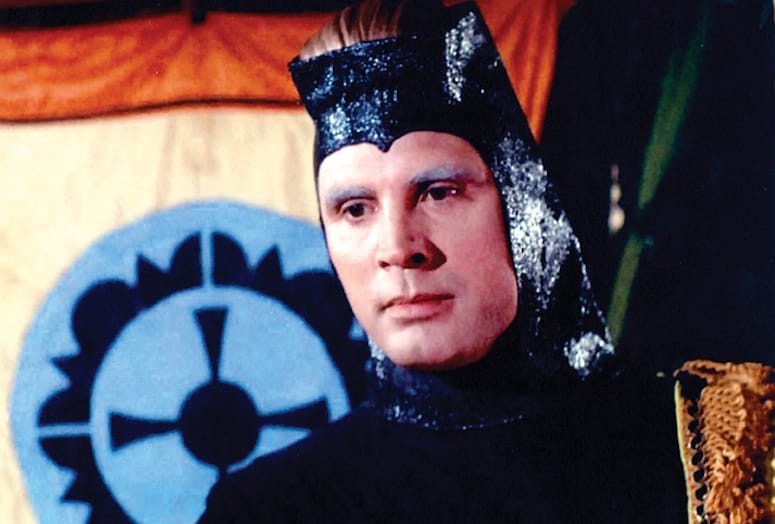 “I want you to know I only believed in one other guy that much and his name was Frank Sinatra. He did okay.”

Dorsey told Dante that in a Miami restaurant not long after their initial meeting.

“Do you really think I have a future as an actor?” Dante asked Dorsey.

Dante still thought his future was in baseball, but meeting Dorsey would eventually prove fortuitous in carving out an acting career spanning six decades.

The Rancho Mirage resident will share more stories from his recently released book, “Michael Dante” From Hollywood to Michael Dante Way” at 6 p.m. Jan. 23 at Melvyn’s Restaurant at The Ingleside Inn in Palm Springs.

The evening will include a three-course dinner and after speaking, Dante will sign copies of his book.

Dante, who was born Ralph Vitti and changed his name at the behest of Warner Brothers head Jack Warner, thoroughly chronicles his acting career, detailing roles he landed in both feature films and TV, and some he didn’t.

Now in his early 80s, Dante is still a fan favorite at Star Trek conventions from his 1967 role as Maab. Conversely, his role in several westerns, including starring in the movie, Winterhawk, have led to appearances like the recent Superstition Mountain Hertage Days and Apacheland Reunion in Apache Junction, Ariz.

How long have you lived in Rancho Mirage, and what brought you out here?

I bought the house more than 20 years ago. I was living in Malibu at the time, and I came here to play in a celebrity golf tournament. I was invited to a function at Nancy and Ralph Kiner's house. So driving to their house, I went too far and turned around and when I did, I did a double take and there was a sign on a house, For Sale by Owner. I asked Nancy about the house, and she said she would look into it for me. I drove back to Malibu and within five minutes Nancy called and said the couple that owned the house were not married, they were splitting up and wanted to get rid of the house. So it started out as a second house, and then I met Mary Jane."

What made you write a book?

"Fans have been saying, 'Mr. Dante, you need to write a book'. My retention really amazed me. I could remember Clark Gable's makeup man, Frank Brahoda. He was the first to makeup guy to make $1,000 a week just taking care of Gable."

The book opens with you almost drowning. What do you remember from that experience?

"I was 10 years old. On a whim, a bet, a buddy of mine dared me to dive into Spelke's Beach in Stamford, Conn. (where he grew up). We both dove in off a breakwater surrounded by rocks that separated Spelke's Beach with the channel where the boats come. Neither one of us knew how to swim. I started going down. There is no pain in drowning. None whatsoever. It's like watching TV. You're watching your life, every picture is so vivid, colorful. The sequence keeps going. It's amazing. My sister and her friend Anna Campana had been watching us, and Anna saved my life. And a guy swimming by saved my buddy."

What do you recall from your first screen test with Metro-Goldwyn-Mayer?

"I did a personality test first. I didn't do a scene. They liked what they saw. And then I did a scene. They thought I wasn't ready in front of a camera, I was inexperienced. So they gave me time. Lillian Burns was the coach at the time, so I worked with her. I did a scene from 'Homecoming' that Clark Gable did. A monolog. From that, they signed me to a contract."

Tell me how your height got you into trouble trying to secure roles with some stars?

"I got a call from Director Martin Ritt at Paramount. He said, I have a great role for you. So they gave me the script and told me to read it over the weekend, come back on Monday and have lunch with Marty and Kirk Douglas. I read the script and it's the best part in the script for me. I knew I could do it. I walked in on Monday, and I knew something was wrong. Marty said let's go to lunch, and I asked where Kirk was. He said he's not coming. I've got some bad news. Kirk doesn't want you in the picture. You're taller than him, you're better looking than he is and you're physically stronger. For all the right reasons, he doesn't want you. If I owned the script, I would tell Kirk to go to hell. But he employed me. You know what picture it was? The Brotherhood."

Your first job was in the movie, Somebody Up There Likes Me with Paul Newman, Steve McQueen and Sal Mineo. Then you had a chance to work with McQueen in Bullit, but what happened?

"Steve did the same thing to me. Bullit would have taken me to the next level. They wanted me to play Steve's buddy that Don Gordon played. We had lunch. The mistake I made, when lunch was over, I got up first. Steve (who is 5-foot-10) was in his chair and I looked like 15 feet tall (Dante is actually 6-2). Steve says, 'What did you do, get taller since the last time I saw you?' Oh geez, if I had sat down and let him walk out, it might have been too late and they had already signed me."

What was your first starring role?

"It was in Westbound (1959) with Randolph Scott, Virginia Mayo and Karen Steele at Warner Brothers. I played Rod, a one-armed soldier boy. They hid my other arm by putting my hand on my buttocks and they used a large shirt. Everything I had to do was at an angle. I not only had to worry about the scene, but I couldn't go too far forward, or too far left or right. I would walk around the house and work with it."

For copies of Dante's book, visit his website: www.michaeldanteway.com