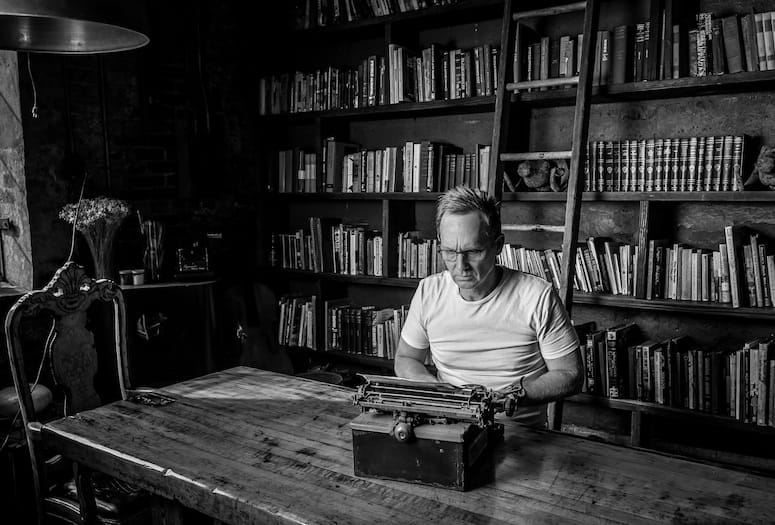 Del Shores, writing at his antique typewriter, will be back in Palm Springs for Pride weekend.
PHOTO BY JASON GRINDLE

Clips from the much-anticipated sequel to the cult sensation, Sordid Lives, will be shown Nov. 3 at Camelot Theatre ahead of Palm Springs Pride Weekend.

The screening from A Very Sordid Wedding coincides with director/writer Del Shores’ arrival to serve as grand marshal for the Nov. 6 Pride Parade.

Joining Shores for the sneak peek will be much of the cast, including Ann Walker, Newell Alexander, Bonnie Bedelia, and Rosemary Alexander. A showing of the original Sordid Lives movie from 2000 that ignited the love affair between Palm Springs and Shores will follow the clips.

“Palm Spring has been so amazing to me with my career … I love the city,” Shores says. “When you’re loved, you love back!”

Shores has a Golden Palm Star on the Palm Springs Walk of Stars, has received a Certificate of Special Congressional Recognition, and in 2006, then-Mayor Ron Oden presented Shores with a Key to the City and proclaimed Sordid Lives Day in Palm Springs. Shores was elated to add a role in the Pride Parade to his impressive Palm Springs resume.

“I’ve been Grand Marshal for Atlanta Pride, Nashville Pride, and a few others, but never Palm Springs, so I was really happy,” he says. “It’s great timing with the movie coming out, which looks like will be released in February in Palm Springs at the Camelot Theatres.”

In memory of the Orlando nightclub shooting in June, marchers from Palm Springs’ lesbian, gay, bisexual, transgender, and allied communities will carry signs with names and pictures of each victim lost in the shooting. 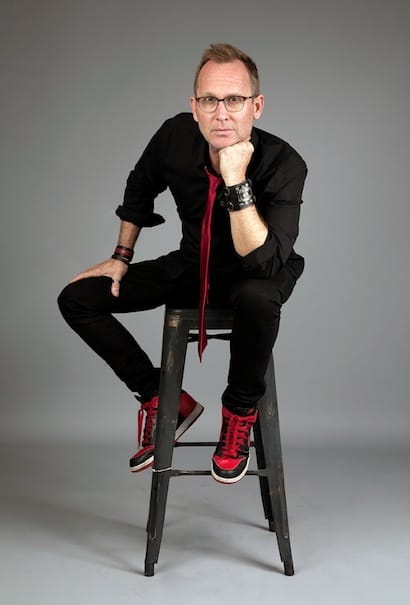 “This will be my third Pride to attend, since that happened,” Shores says. “And the first one was the day after, really the day of … I tell you what it does. It makes you aware. And unfortunately, we have to be aware of our surroundings of what’s going on. But we can’t let it shut us down. We have to go forward. I just did two shows at the Parliament House in Orlando … it was tough. But once I hit the stage, I just didn’t have it in my head, anything except love and appreciation in that house.”

Joining Shores in the parade will be nearly 400 band members in town for the Lesbian and Gay Band Association Conference. Fresh from his appearance on America’s Got Talent, Brian Justin Crum will headline the Nov. 4 entertainment lineup at the Tahquitz Stage — one of three in the downtown area featuring a variety of performers. 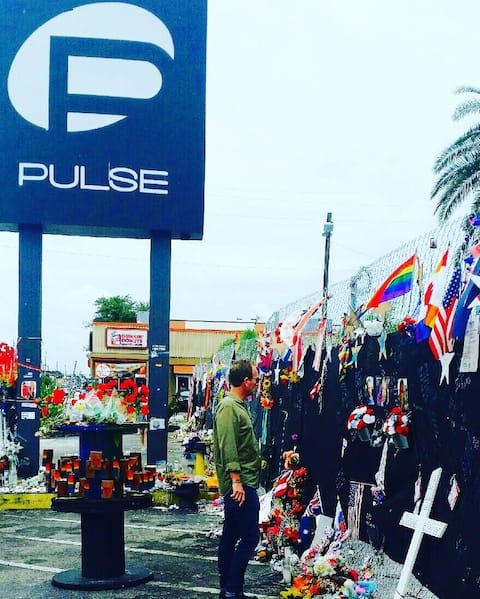