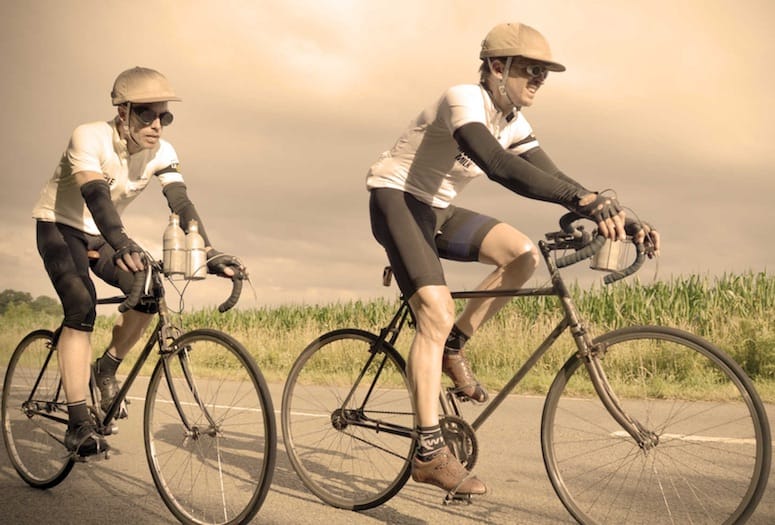 Keoghan, best known as the host of the popular television show, The Amazing Race, will attend the screening, which is also the West Coast Premiere of his film. Le Ride had its world premiere at the New Zealand International Film Festival in July 2016.

“This is an example of great documentary filmmaking, where the creator, in this case Phil Keoghan, was inspired to tell a relatively unknown piece of history in an unconventional way,” said Ted Grouya, festival director. “Le Ride will appeal to a wide audience as it is timeless, evocative, good-story telling.”

Le Ride documents Keoghan and his friend Ben Cornell’s reinactment of the 1928 Tour de France, and the series of events that precipitated their interest in doing so. “I was inspired to undertake this ride,” Keoghan says, “after reading about fellow New Zealander, Harry Watson, who was the first Kiwi to compete in the Tour de France in 1928. I am a cycling enthusiast myself, so Watson’s biography, Harry Watson: The Mile Eater, really came alive for me.”

“I was completely ‘blown away’ by the book,” Keoghan continued, “After reading it, I met with the author, Jonathan Kennett, his partner Brownen Wall, and cycling historian Ian Gray. After that, I was even more excited about telling Watson’s story. And when I decided to tell it, I felt the best way to honor his legacy as one of the first English-speaking cyclists to enter the Tour de France, let alone complete the race, was to actually recreate the ride.”

Author Jonathan Kennett recalls telling Keoghan, “I don’t think that you know what you are letting yourself in for, and if you did, you wouldn’t do it,” but Keoghan was undeterred, and in the end the ride became a (sometimes grueling and always exciting) reality.

Averaging 240-kilometres a day for 26 days, Keoghan and Cornell traversed the entire route taken by Watson and his team, on original vintage steel bikes with no gears and marginal brakes. Following the 1928 route around the perimeter of France 85 years later wasn’t always exactly possible, thanks to vastly increased traffic and motorway systems, but the two were determined – some might say recklessly so – to get as close to it as possible. Travelling the 3,500 miles (5,600 km), in 22 stages, they kept pace with the daily progress (if not the number of blow-outs) related by Watson in his vivid journals.

Handsomely shot with beautiful views of the French countryside, Le Ride is rich in fascinating detail and photographic evidence of Watson and his teammates’ epic achievement, Keoghan’s film captures the essence of the experience felt by the riders in the 1928 Tour de France. Cyclists and non cyclists alike will come away from Le Ride with an intense appreciation, not only for Watson and his team, but also for Keoghan and Cornell, and their tenacious re-creation of the 1928 ride.

“The beauty of Le Ride goes beyond what is simply captured by the lens,” Grouya says. “Phil Keoghan deserves a lot of credit as he expands his horizons from hosting and producing The Amazing Race to credible documentary filmmaker.”