Blame It On Midnight Brings Back Good Memories 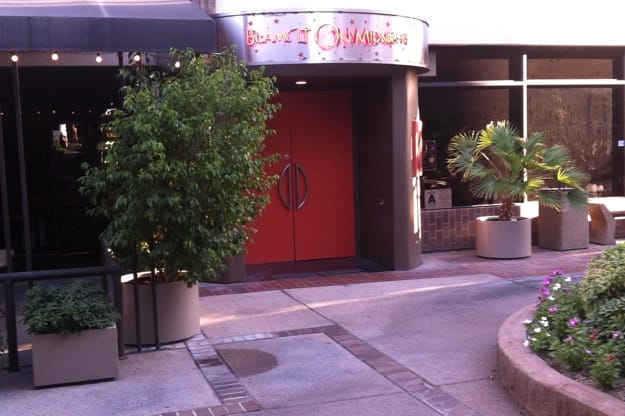 A recent article in The New York Times noted that nostalgia is good for us. It can counteract loneliness and couples feel closer when they share nostalgic memories.

Many locals happily profess feelings of nostalgia when they describe the good times they had at the popular supper club Blame It On Midnight before it closed when its lease expired.

Now, they’ll be able to relive those memories. Earlier this year, the restaurant was sold and it’s been resurrected under new management.

The new owner, Melvin Frank, is no stranger to the restaurant business. For years he managed Phil Lehr's Steakery in San Francisco and since moving to the desert about 10 years ago, he’s opened Bongo Johnny's and Crazy Mel’s among a number of other businesses.

“I’m 89 years old and I live a very happy, very busy life,” he says. “If I have a choice of going on a cruise around the world or buying a restaurant, I’ll buy a restaurant.”

Anthony, the general manager, previously owned an Italian restaurant in Ojai. He says several dishes featured at Blame It On Midnight originated with him.

“We have steaks, seafood, duck, lamb, veal, chicken, and some pasta dishes,” he says. “I make the lasagna myself, and we have a lot of regulars who keep coming back for it.”

“Our Osso Buco is also very popular,” he adds. “And we sell a lot of fish and chips. We only use North Atlantic cod and everyone remarks on our batter, which is just a light covering. Overall, we just want to give people a little variety.”

That was apparent the other night when I dined with a group of friends. Our appetizers and entrées ran the gamut from a Caprese salad piled high with heirloom tomatoes to chicken piccata, shrimp pasta in a lemon dill sauce, and a classic roast prime rib of beef.

While the restaurant’s menu has changed from its previous incarnation, the decor, which one of my friends enthusiastically described as “dark and mysterious,” has remained pretty much the same.

“We’re an old-fashioned type of supper club,” says Anthony. “We’re going to have entertainment on the dining room side every night, and then later in the evening there will be something completely different happening in the lounge area. We’re even thinking of putting in a small dance floor in the lounge.”

Sounds like there should be plenty of nostalgia to go around.