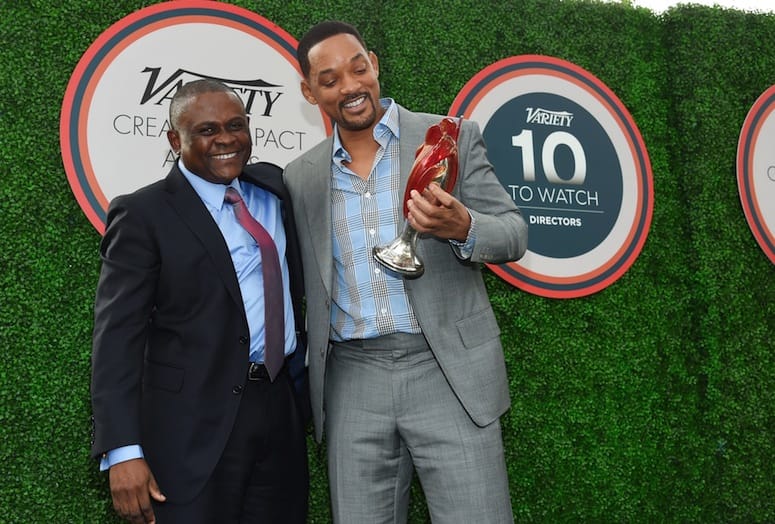 “There is a holiness to truth. In stepping up he enlightened all of us,” said Dr. Bennet Omalu when presenting Will Smith with the Variety’s Creative Impact in Acting Award for his performance in Concussion during the Jan. 4 brunch at the Parker Palm Springs presented by Mercedes-Benz.

A self-proclaimed “football dad,” Smith was reluctant to star in a movie that exposed the dangers of football-related head traumas, but the truth is ultimately what motivated him to do it.

“Omalu just wanted to tell the truth and what we do is deliver the truth,” said Smith of the real-life physician, who first discovered the diseases linked to concussions. In the movie, he portrays Dr. Omalu with the same sense of mission and crusades to raise awareness despite all obstacles.

VIDEO: Will Smith talks about why he wanted to be part of Concussion.

Such is the power of cinema — it brings different realities on screen to inform and inspire. Storytelling can also depict an imaginary world such as the one created by Charlie Kaufman in Anomalisa, an animated film he co-directed with Duke Johnson.

Kaufman received the Creative Impact in Directing Award from Jack Black, who praised the director and screenwriter as the Van Gogh of screenplays.

Ten emerging American and international directors were also awarded for their creative works. (From left) Director Peter Landesman, Will Smith and Dr. Bennet Omalu from the movie, Concussion. Jack Black (left) and Will Smith share a laugh at the Variety brunch on Jan. 4 in Palm Springs. Jada Pinkett Smith and Will Smith.