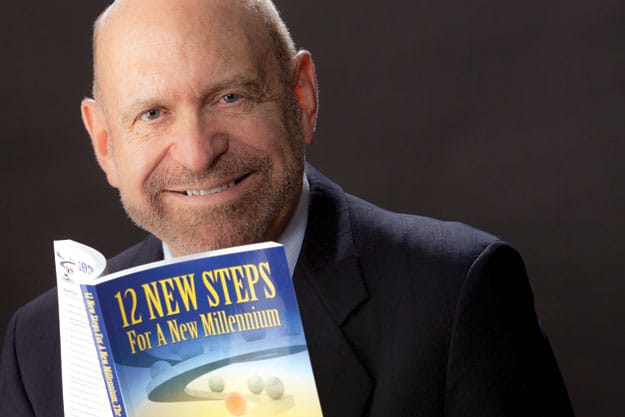 Dr. William Kent Larkin, who moved to Palm Springs 12 years ago, has codified the ultimate workout for the mind: a process of personal discovery he has trademarked as The Emotional Gym. Founder of Applied Neuroscience Institute, Larkin holds degrees from Yale and Harvard, where he earned a doctorate in psychology and religion, and has done post-doctoral work in neuroscience and neuropsychology. The institute trains individuals, groups, and organizations in what he calls an “UpSpiral” of well-being and happiness.

Why did you write 12 New Steps for a New Millennium?
We’ve had an explosion of research. I wanted to boil down complex neuroscience that most people could use to draw on their five strengths and wear them the whole time. I chose the 12-step approach because people build emotional muscle easier when they practice with other people.

What drew you to spirituality and psychology?
It was the only place I could go with the limitations of clinical psychology as it was taught at the time. It was all geared toward illness. We didn’t talk about health. It was just enough to get people up from the ground level to what we called normalcy.

Do successful people just naturally understand positivity?
No. I do a lot of work with people who have resources. For all that people have, there is a lot of unhealthiness and unhappiness.

You advocate heroes and music for positivity. Do you have personal favorites?
Marilyn Monroe, because she was about the strength of love. Steve Jobs, who was single-minded, strategic, and for not being rounded. Benjamin Franklin for diversity. Pope John XXIII. Nelson Mandela for courage and bravery and not needing retribution. For music, Lady Gaga and Madonna get me going.