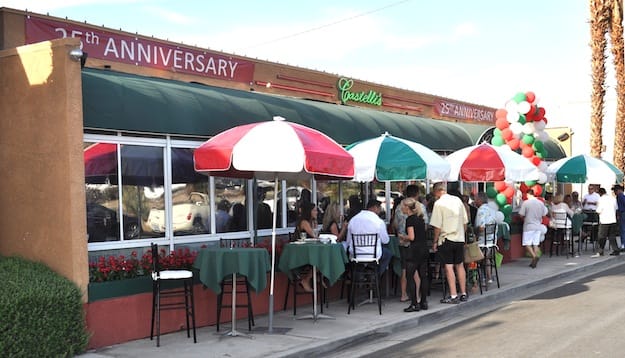 Michael Castelli grew up in a section of St. Louis called “The Hill”, where the Italian restaurants were run by families from the neighborhood.

“All of the restaurants were family owned and all the owners were always there,” Castelli recalls.

Castelli worked in one of those restaurants alongside many of his childhood friends.

“What you learned was being the owner meant being hands on and being there,” he said.

The experience also taught him that if he had aspirations to open his own restaurant, a change of scenery might be in order.

Twenty-five years later, Castelli’s Ristorante remains the Italian hotspot in the Coachella Valley. Michael or his brother John can be often spotted chatting with customers and making sure each dish meets the customer’s wishes, and there are now second generation Castelli’s working the restaurant as well.

What that means is family time is often spent at the restaurant, but even that can have its advantages.

“So, instead of having Sunday dinner at home, let’s have it at the restaurant so we’re all here. That’s a great thing,” he says.