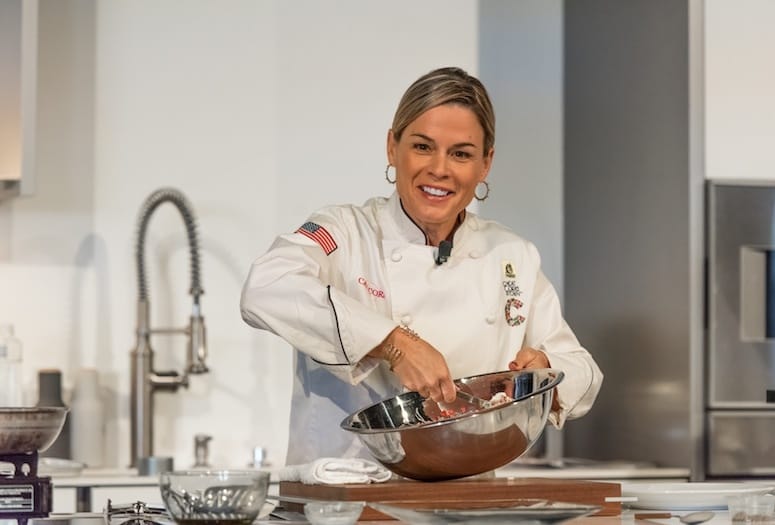 She has cooked for President Barack Obama and Oprah Winfrey.

But it’s teaching people how to cook that brings Cat Cora the most joy.

Imagine then how appearing at the recent Palm Desert Food & Wine Festival made her feel. The festival brought together some of the country's top chefs like Cora along with a mix of local chefs from Greater Palm Springs restaurants.

“I love this event,” said Cora. “I have some great highlights in my career, but I really enjoy coming here to Palm Desert.”

During the April 9 presentation, Cora took questions from the crowd as part of her routine, gave cooking tips, and made sure the crowd shared her enthusiasm.

“It is where I am really comfortable,” said Cora, who is also an accomplished author, contributing editor, restaurateur, philanthropist, and television host. “Teaching people how to cook is something I like to do.”

Cora began cooking at the age of 15. In 2005, she made history as the only woman to win Iron Chef America. A year later, Cora was honored by Bon Appetit Magazine with its Teacher of the Year Award. She considers that award “the greatest recognition I could achieve as a chef.”