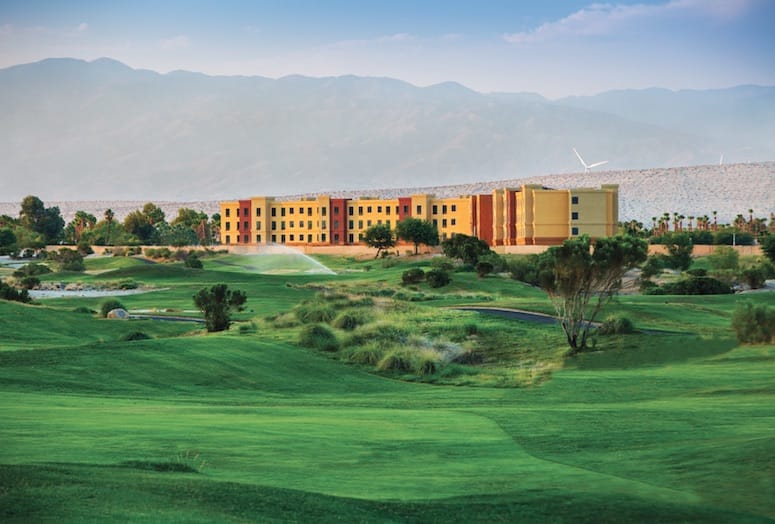 A kaleidoscope of unique events, engaging attractions, and stellar accommodations make Cathedral City an attractive year-round choice for business and leisure. Countless individuals have experienced the considerable pull this centrally located city exerts on them to stay and enjoy all that it has to offer. Many people relocate here to work, retire, or raise their families. Several new developments on the horizon virtually guarantee the community will remain uppermost in people’s minds, whether they are aiming for a brief visit or planning to settle for a lifetime.

For residents, the essence of living in Cathedral City is its small town feel, safe neighborhoods, great schools, community parks, outdoor activities, local dining options, and commitment to the arts.

Likewise, visitors happily admit to feeling completely at home during their stays. Staybridge Suites Hotel, opening in late 2016, is sure to follow form. Located near the Cimarron Golf Resort, the 200-room property will cater to extended-stay travelers and accommodate them in handsomely appointed studio, one-bedroom, and two-bedroom suites. Perfectly situated and offering jaw-dropping views of the dramatic San Jacinto Mountains, Staybridge Suites’ guests will appreciate the fully equipped kitchens, fitness facility, and outdoor pool, along with many other compelling features. 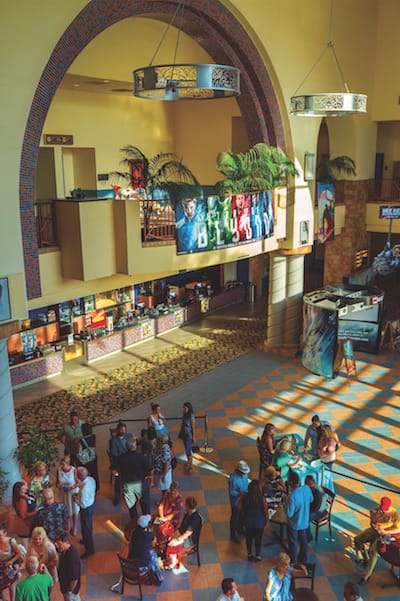 Meanwhile, the recent multimillion dollar top-to-bottom renovation and branding of the 285-room DoubleTree by Hilton will cause both new and returning visitors to do a double take. The renovation left barely any aspect of the former Desert Princess property untouched. Guests enjoy an Italian marble lobby, a trendy, new open-air bar leading out to the pool area, new carpeting, furniture, artwork, and bathroom tile. Two large conference spaces and several small meeting rooms offer event planners the perfect location near the International Airport and Interstate 10.

The cumulative effect has people contacting the front desk to reserve and extend their stays. Cathedral City also has several smaller boutique-style hotels offering an array of options to suit the taste and budget of an eclectic visiting clientele. Stay tuned for news about the planned luxury hotel designated for downtown.

Seasonal guests and permanent residents agree — there’s no shortage of fun things to do in Cathedral City. A flourishing art gallery and restaurant scene provide the backdrop for many social gatherings. Mary Pickford Theatre’s fresh decor, new leather captain chairs, and the innovative three-screen immersive movie format known as the Barco Escape are among its 14-screen offerings that cinemagoers relish.

Directly west of the Mary Pickford Theatre and past the renowned Fountain of Life, Desert Cinemas offers moviegoers a large-screen format. Coachella Valley Repertory Theatre, currently located in Rancho Mirage, recently announced its intentions to remodel and relocate to the cinema facility for live performing arts in Cathedral City. “Cathedral City began as a haven for the arts and that tradition is even more apparent with the announcement of the potential relocation of CV Rep to the City,” said Mayor Stan Henry.

Factor in the city’s adjacent downtown parking structure, which provides plenty of free and covered spaces for patrons watching the shows, dining, or attending other events in the city’s core, and it’s a cool proposition all around. Bargain-minded fans of second-run films are set to enjoy the reopening and refurbishing of the 10-screen theater space at Cathedral City Marketplace that Regency Theatres of Calabasas, California, plans for this fall.
Speaking of bargains, seasoned shoppers beat a path to Cathedral City’s Cent$ational Mile every chance they get. There’s always another treasure to unearth along this stretch of resale shops flanking both sides of East Palm Canyon Drive, beginning with Angel View’s Resale Store on the west end and culminating with Revivals on the east end. This shoppers’ paradise raises needed funds for local charities in the Coachella Valley and has even earned a “best” mention by The New York Times. 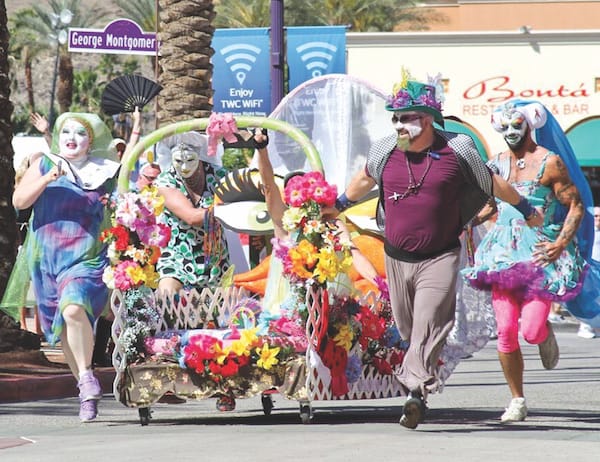 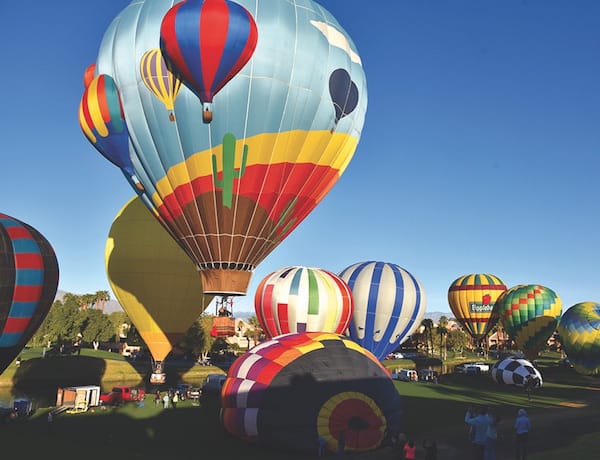 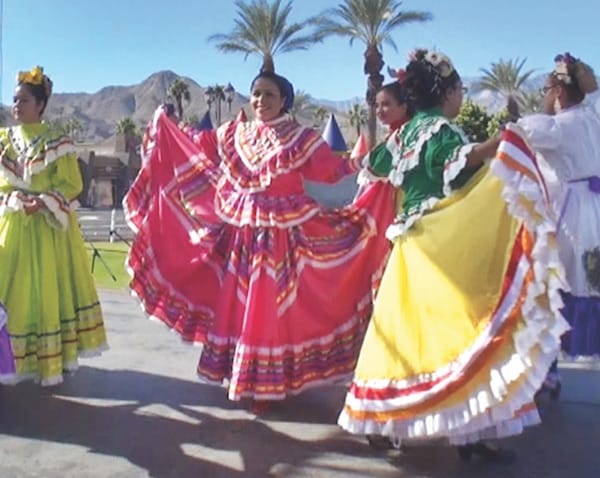 Other 2016-2017 events include the brand new FallFest in late October featuring a full carnival, pumpkin patch, live music, and beer garden. The event builds on the city’s annual Halloween Spooktacular with its customary trick-or-treating and costume contest. In December, look for the traditional Santa & Seasonal Lights gathering while spring will usher in a new event — Easter Kidapalooza — with 10,000 Easter eggs up for grabs.

The ever-expanding bash includes musical performances and dance parties, a bed race with drama and suspense, beer and spirits garden, and brunches at participating restaurants — to name just a few of its eclectic offerings.

Ample amounts of energy and high spirits are sure to fuel the third annual Health Fair and Glo Run/Walk as it charts a course through Cathedral City’s downtown in May. Palm Springs Unified School District Foundation and the Cathedral City Rotary sponsor this nighttime 5K fun run during which participants get liberally sprayed with neon paint as they race through the streets. Little surprise that it attracts loads of school age kids and their parents. 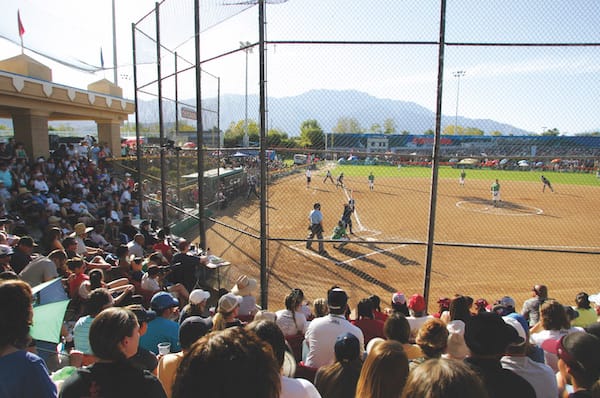 Fans from across the country enjoy the Mary Nutter Collegiate Classic (NCAA) at Big League Dreams.

Meanwhile, the community’s enthusiasm for NCAA Division I Women’s Softball action at Big League Dreams sports park has resulted in that yearly tournament expanding from a single weekend to two in February 2017.
Coming or going, firmly planted or breezing through, Cathedral City lingers on people’s minds. It’s an easy place to call home for a while — or forever. The community’s amenities, low-crime rate, and busy social calendar ensure there’s no shortage of fun activities for all ages and interests year-round. Thirty-five years and counting, Cathedral City exhibits real staying power. 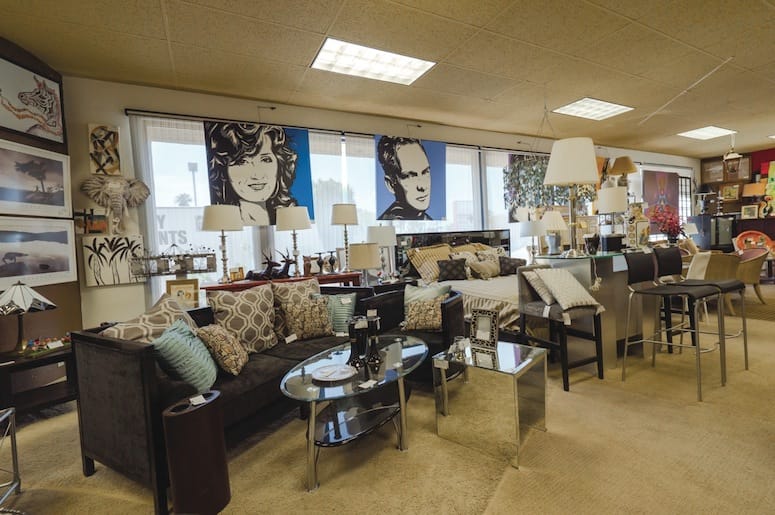