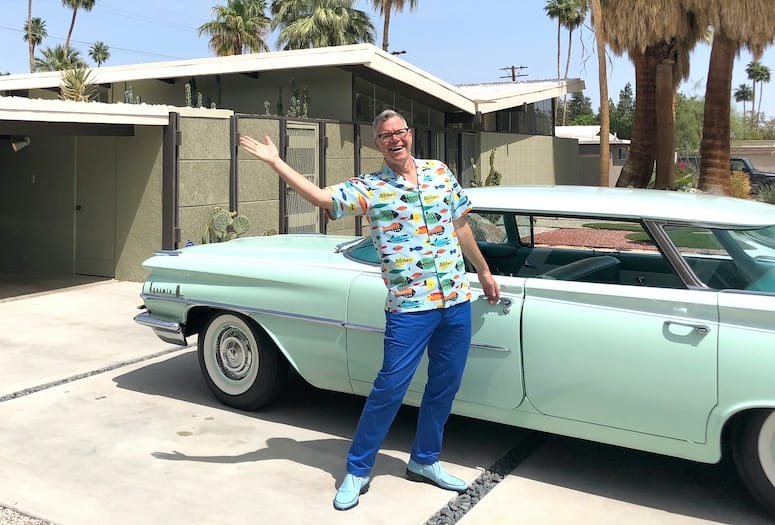 Charles Phoenix on his video showing as part of Modernism Week Fall Preview’s virtual programming: “I’m really excited about this video because we're going to see Palm Springs through my lens in a way that I've never been able to present it before.”
PHOTOGRAPHS COURTESY CHARLES PHOENIX

The coronavirus pandemic sidelined the Charles Phoenix whose distinctive, baritone voice could be heard while riding the Modernism Week bus tours or presenting his collection of vintage Kodachrome slides while taking the audience on a ride as the Ambassador of Americana.

Without the ability to speak to live audiences due to pandemic restrictions, Phoenix is drawing upon his vast knowledge of Palm Springs midcentury architecture to bring it to Modernism Week Fall Preview in the form of a video tour.

“It's like making a movie,” Phoenix says. “It's a documentary short, is what it really is. I'm really excited about this video because we're going to see Palm Springs through my lens in a way that I've never been able to present it before.”

Registration for the Fall Preview’s seven online programs, including Phoenix’s video tour, begins at noon Oct. 15. Ticket sales will remain open until Oct. 31. Once purchased, programs will be accessible for online viewing for 30 days. For more information, visit modernismweek.com.

Phoenix chatted with Palm Springs Life more about this new venture into creating a video tour.

You mentioned putting together this video has been cathartic for you. How so?

The cathartic part of it is that it's learning a new medium. Which is basically, for lack of a better way to put it, iMovie. 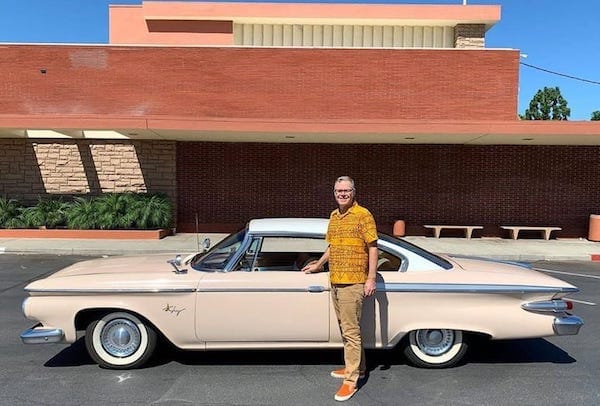 So between the storytelling and image selecting skills that I have with my slideshow, and the commentary, but then also the commentary from doing the bus tours, it's kind of coming together in this video. But it's a lot more labor intensive to edit together hundreds of clips and stills that are engaging, interesting, and well shot.

What can viewers expect to see?

All the iconic homes, the civic buildings, commercial buildings, retail, all the different iconic neighborhoods. And it's got some interesting special effects too, because I was able to drive by certain buildings during the day and during the night, and take the exact same moving video shot of them, and then kind of blend the two. Like we drive around the big Bank of America building, the 1959 iconic one. And we drive around it and we start in a day and then I had the camera in the exact same spot at night. So it's pretty incredible. Plus I was able to add in vintage Kodachrome slides of Palm Springs that had never been seen before, dating all the way back to the late 1930s when La Plaza was brand new.

When did you first visit Palm Springs?

1965. I grew up in Ontario, California, so we used to go to Palm Springs when I was a kid. We only spent the night there once, if I remember, but we used to go out. My dad liked to eat at Nate's Deli.

Do you remember the first mid-century home that you visited out here?

I went on a tour in about 1997 of midcentury homes, and it was probably about six houses. And that was really at the beginning when this kind of appreciation for the midcentury, modern dial of Palm Springs really started to snowball. At least for me as a Los Angeles resident, there were two guys, two architectural enthusiasts from LA, both started to go out to Palm Springs and really just take inventory. And then they started to come back, and the word started to spread, and pretty soon one of them was conducting tours. So this is a first of its kind, I think. I can't really name the houses by name, but as I drive around the neighborhoods in the video, I say, "I remember going in that house on that first tour.”

Could you have ever pictured Modernism Week becoming an event that draws thousands of people to Palm Springs for its architecture?

It's funny, because doing the bus tours, as I do, I ask everyone who gets on the bus, "Where are you from?" And, people come from all over the world, as you know. I can't believe how often when I say, "Where are you from?" They say, "We just moved here." It's basically changed the whole perception of the way people look at Palm Springs.