Cheryl Bentyne Reflects on Highs, Lows of The Manhattan Transfer 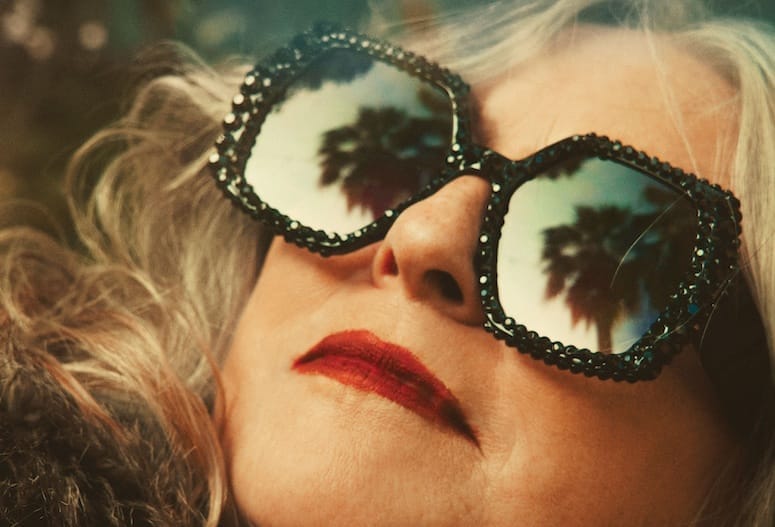 A two-time cancer survivor, now eignt years in remission, singer Cheryl Bentyne is back onstage with The Manhattan Transfer this month at McCallum Theatre.
PHOTOGRAPHY BY AUSTIN HARGRAVE

In the summer of 2011, multiple-time Grammy winners The Manhattan Transfer embarked on a European tour through Italy, Switzerland, and Poland. It was a whirlwind trip for the vocal quartet, like any other, except the long travel days and late nights performing seemed to be taking a toll on firecracker soprano Cheryl Bentyne.

When she collapsed while running to catch a flight, her bandmates took notice.

“I couldn’t eat. My clothes were getting loose on me. I was having extreme night sweats. I’d lost almost 30 pounds,” the 68-year-old jazz singer recounts. “The last thing you imagine is, ‘Oh, I probably have cancer.’ ”

It was non-Hodgkin lymphoma, to be precise. After returning stateside, she was rushed to the hospital for emergency spleen removal. “It was riddled with cancer,” Bentyne says. For the first time since joining the jazz vocal group in 1979, she was out of commission. “I did 12 treatments of chemo, lost my hair, of course, and was [stuck at] home,” she says. “I just worked as hard as I could to get back onstage, because it’s not a job. It’s a lifestyle, my work. I was missing my partners.” 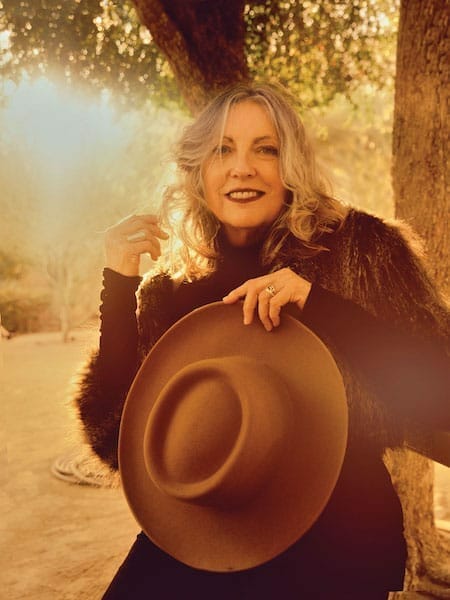 To mark their semicentennial, The Manhattan Transfer is back on tour — with a local performance March 19 at the McCallum Theatre in Palm Desert.

Bentyne is a two-time cancer survivor, now eight years in remission. (The second occasion, it returned in rarer and stronger form as Hodgkin lymphoma, which she beat in 2014 with a stem cell transplant.) Inherently, the songstress found healing through music along with the support of her daughter, Zoë, and her Manhattan Transfer family.

The group celebrates its 50th anniversary this year. Bentyne has been part of the crew for almost that long, having joined founding members Tim Hauser (bass), Janis Siegel (alto), and Alan Paul (tenor) when her predecessor, Laurel Massé, left in the wake of a near-fatal car accident. In 2014, Hauser died of a heart attack, and bass/baritone Trist Curless stepped in to carry the torch. “He’s still the new kid on the block,” Bentyne says with a laugh. “He’s loving it, and we couldn’t be happier or luckier to have found him. He’s the youngest. We’re trying to keep up.”

To mark their semicentennial, The Manhattan Transfer is back on tour — with a local performance March 19 at the McCallum Theatre in Palm Desert — and later this year, they’re poised to put out a five-disc box set featuring career hits and previously unreleased tracks.

Though they’ve performed at the McCallum many times before, it feels a little sweeter for Bentyne this time around because it’s now a hometown show. Originally from Mount Vernon, Washington, she moved from a suburb of Boston to Palm Springs three years ago to be closer to Zoë, who’s based in Los Angeles. Bentyne found a place online and made a down payment without visiting in person. “It was that certain,” she says. “It was the best decision I’ve ever made, in terms of where to live.” Her daughter loves the area, too, and is engaged with plans to marry in Joshua Tree later this year.

“It’s a calm that I did not expect, and a real spiritual experience,” Bentyne says of desert life. She spent the greater part of the last five decades, including raising a child, on the road. “The good news is — if there is good news about the pandemic — I’ve learned to dig in and nest. And what a great place to do it.” She lives near the mountains with a black rescue cat named Richard.

Outside Transfer projects, which also include a recent recording with a symphony orchestra out of Germany, Bentyne has maintained a solo career since releasing her first independent album in 1992. In recent months, she has been developing her own show that will open April 8 and 9 at The Purple Room in Palm Springs. “I used to do standards, now I’m doing stories,” Bentyne says. “It’s music that reflects certain parts of my life, with some monologue in between. I’ve never done this before.”

The chanteuse was inspired a couple of years ago after seeing Mandy Patinkin perform at the McCallum. “Just him and a piano. He’s telling stories, and then he’ll go into a song that relates,” she recalls. “He was so relaxed, and so in tune. I find that a lot more engaging. I just think, at this point in my life, I’m not going to get up and [repeat everything you’ve already seen]. It’s going to be more tempered to who I am now. I’m excited about it.”

It’s a bright-eyed excitement reminiscent of how Bentyne felt during her first musical revue at age 14 as a freshman in high school. She came from a talented, tuneful family, but her parents didn’t realize she’d caught the performance bug until she belted out two songs from Funny Girl onstage in front of her peers. After that, the aspiring star started singing in her dad’s Dixieland band on the weekends. 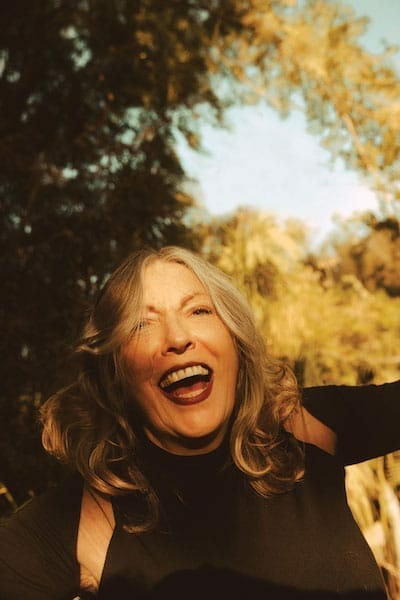 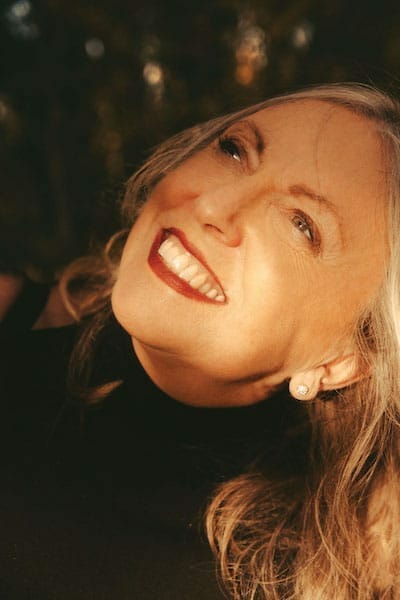 “I’m still learning how to accept my flaws, or how my voice has changed in 44 years. Now,  I’m using my lower register, which I just love to do. It’s my truth now. I find it warmer and more emotional and even more exotic sometimes.” 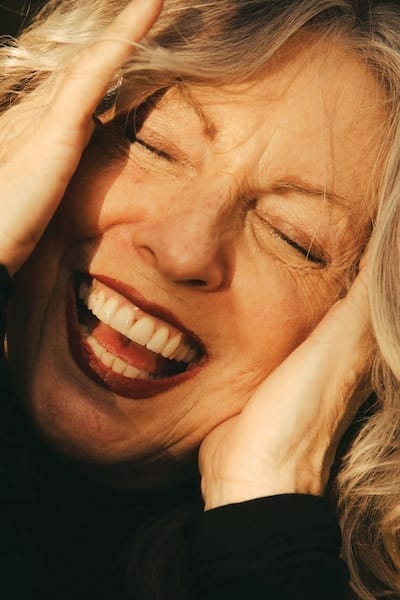 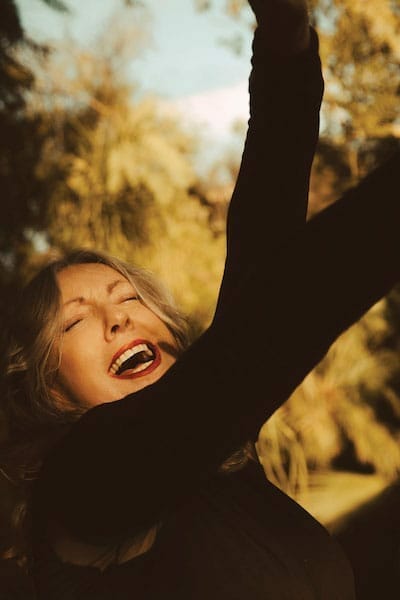 Graduating early from high school, Bentyne moved to Seattle and teamed up with a campy swing ensemble called The New Deal Rhythm Band. Four years in, agent Linda Friedman took notice and plucked the bubbly redhead out of it, convincing Bentyne to move to Los Angeles, where she auditioned for a group that she was already familiar with — The Manhattan Transfer, known for their innovative vocal blend of jazz, swing, a cappella, pop, and R&B. She nailed Massé’s part in “Candy” (circa 1975) and won the gig before she even finished the song.

Bentyne’s debut recording with The Manhattan Transfer was “Birdland,” which earned the group its first Grammy Award for Best Jazz Fusion Performance, plus another for Siegel personally for her work on the song. The Manhattan Transfer has won eight Grammys collectively and was inducted into the Vocal Group Hall of Fame in 1998. They have recorded with everyone from Tony Bennett and Bette Midler to Phil Collins, B.B. King, Chaka Khan, and Frankie Valli and performed sold-out shows around the world. Bentyne also won a Grammy with Bobby McFerrin for their vocal arrangement in the Transfer song “Another Night in Tunisia.”

Reflecting on her earliest memories of music, one word pops into mind: “Joy, joy, joy. That’s all it was about,” Bentyne says. “I went through a period where it wasn’t so joyous; the constant touring was a job sometimes. The last two years [dealing with the pandemic] have been very revealing for who I am and who I wish to become.”

The esteemed vocalist cites three things that she is most proud of in life: raising her daughter, surviving those bouts with cancer, and seizing her audition with The Manhattan Transfer. “I’m just very, very grateful that we’ve lasted this long, that we keep going,” Bentyne says. “It’s the music that is surviving, and we’re very proud. The legacy continues through it all.”

• READ NEXT: Kim Manfredi Puts Adventurous Spirit Into Her Artwork.