Christopher Richardson Learned the Power of Music at CV Rep 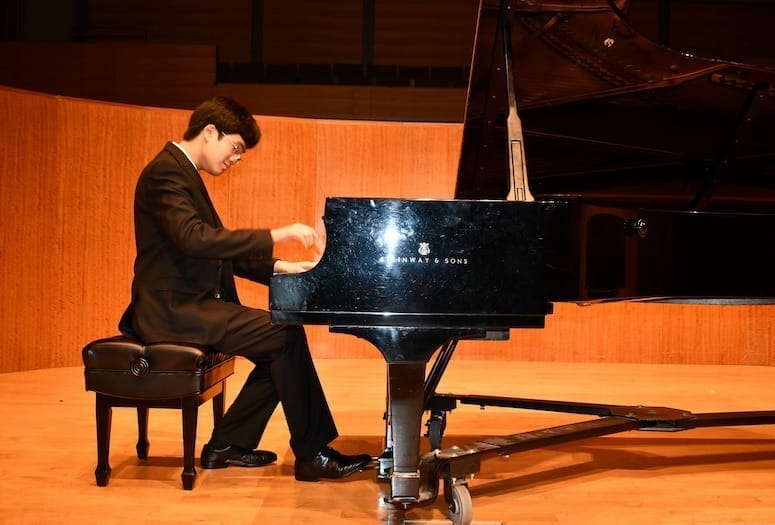 At the age of 12, Christopher Richardson discovered the sounds his talented hands created on the piano could actually change the lives of the audience members listening to him.

While participating in the Virginia Waring competition at Coachella Valley Repertory (CV Rep) in 2011, Richardson was approached by a couple of audience members who told him his performance was transformative.

“They told me they had experienced soul healing,” says Richardson, who grew up in the Bay area. “A woman also said the pain in her legs had left as I played. I didn’t realize the impact that my playing piano could have on other people.”

Now 24, that experience altered the direction of his young life. Richardson, who was encouraged by his Mom to begin playing at age 7, became a more disciplined pianist. “What kept me going was sibling rivalry with my older brother who also played piano,” he says, chuckling. Since then, he has earned a degree in music and is studying music therapy and the possibility of helping to “heal people.” 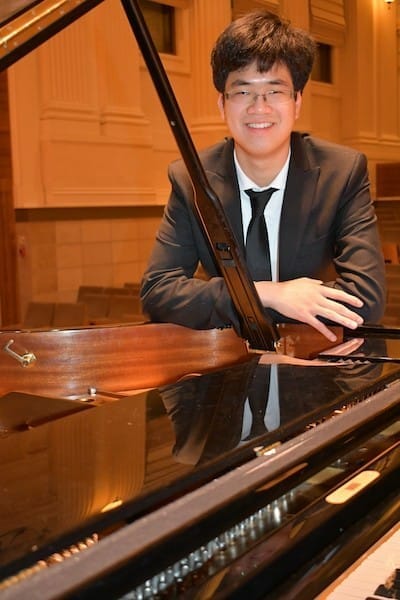 “I didn’t realize the impact that my playing piano could have on other people” — Christopher Richardson.

This spurred his interest in medicine to earn another degree in molecular and cellular biology and yet another in economics. This fall, he will begin a master's in business administration at Cornell, so he can learn to manage his music career and stand out in an increasingly skilled field, he says.

But first, he will return to the Coachella Valley to perform at CV Rep at 7 p.m. Aug. 4. The concert is part of an outreach by the Palm Springs International Piano Competition, formerly The Waring. Richardson, a three-time Waring prize winner, is returning to the U.S. after performing at the Liszt Museum in late May in Budapest. The Hungarian trip was Richardson’s first musical journey abroad, and it came as a result of winning the 2021 Los Angeles International Liszt Competition.

“I’m really glad I had this experience,” he says.

In a small town near Budapest, called Zebegeny, where “everyone knows each other,” people conveyed their delight by clapping together in unison instead of a standing ovation. “I was really intrigued by this at first,” Richardson said. “I was also really confused. But, then people told me about it. I felt that I was able to cross over cultural boundaries.”

His CV Rep appearance will include the works of Chopin, Liszt, and Stravinsky, plus crossover / popular fare such as William Hirtz' Fantasy on Harold Arlen's Wizard of Oz, and Presley/Schmidt's Can't Help Falling In Love, and the jazzy Tom and Jerry Show by Uehara.

His MBA pursuit at Cornell will give him access to performing in New York again. He played at Weill Hall Carnegie Hall many years ago and would love to do so again. He has won many national and international competitions and has performed throughout the United States. In April, he took second at the Virginia Waring International Piano Competition, Concerto Division. He also has performed at McCallum Theatre in Palm Desert, the Music Tent in Aspen, Colorado, and Finney Chapel in Ohio. One recent charitable event in San Francisco was to raise funds for Ukrainian refugees.

The accolades have been a complement to his growth as a performer. but his driving force continues to be rooted in that time at CV Rep when he discovered music’s true power.  “Music is worth it. Without it, life would be more hollow,” says Richardson, who continues to receive comments from audience members to this day.