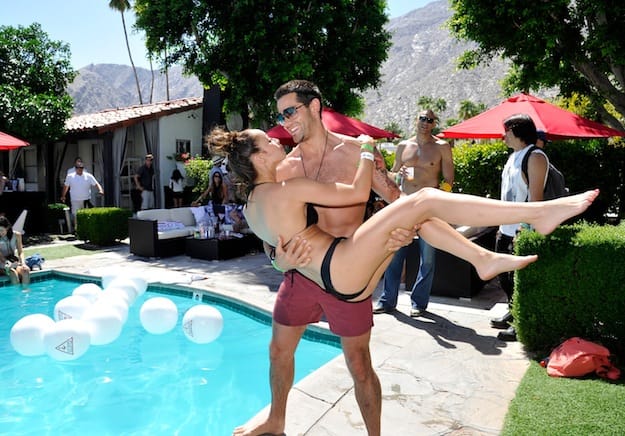 The action wasn't just at Coachella this past weekend.

Palm Springs became the spot for celebrities to flock to the extra parties springing up at several of the hotels, including the Viceroy, Saguaro and Hotel Zoso.

At the Viceroy, the GUESS Hotel Pool Party ran April 13-14 as celebs danced to tunes from DJ Lindsay Luv and Classixx.