Dane Cook Gets Personal in New Act at Morongo Casino 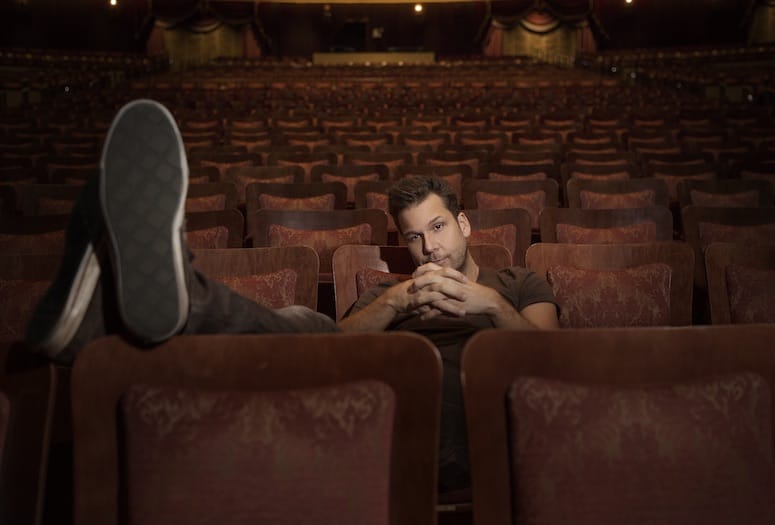 Dane Cook: "My strength has always been storytelling. I love wordplay and painting pictures, and doing it with physicality and swagger."
PHOTOGRAPHS BY MICHELLE MCGOWNE

Comedian Dane Cook is fully aware that his first major tour in six years might be considered a bit different than some of his other uproarious gigs.

“When I was coming around to this show, I had the title [‘Tell It Like It Is’] sitting around in my head a couple of years ago because the one place I wanted to aspire to get to in my career was a place where I was using all of my tools as a comedian,” Cook explains.

The result shows the comic, “warts and all,” at Morongo Casino Resort Spa on Aug. 9.

It’s a nice evolution for a funny guy typically known for his observational humor and comedic strut, two things that have certainly fueled the success of his five comedy albums, including album chart-topper Retaliation, as well as his glowing, three-decade career.

“When I watched all of these people I noticed there was a certain kind of pedigree in the level of expertise,” he explains. “For a lot of years I felt like I was chasing that, maybe because of success or because of strife. I always had something that was always working that last edge. And that edge for me was introspection.

“I promised myself two years ago, I was going to tell it like is and still talk about the things that make me laugh.”

You mentioned that you went into introspection mode. So what’s one thing you’ve observed about yourself that you found interesting?

One thing people reached out to me about with this round of touring was that I talked a little bit about my anxiety, about having gone through bouts of depression. I talked about fear and vulnerability. It’s different for people to hear that because the image of me oftentimes is still a 28-year-old kid standing on stage at Madison Square Garden in front of 3,000 people, cocksure, and that I have it all under control. In truth, I was the quietest kid in school. 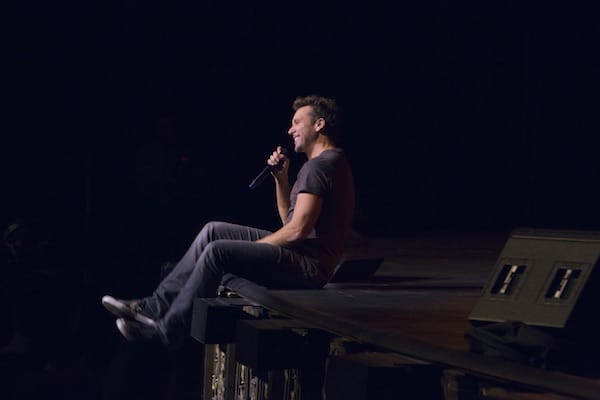 I was an introvert, and I had panic attacks daily. I feel sharing those aspects of my personality more with fans this time around has ingratiated me with them more. I’m getting really beautiful sentiments—people saying, “Hey, I didn’t realize you deal with what I deal with.”

I find that sharing one’s vulnerability is an opportunity to really connect with people. We’re not often invited in this culture to share our vulnerabilities.

It’s almost considered a niche market that can grab people’s attention for a book or a film, when in truth, it should be a more common conversation because it’s something we all deal with daily. And, if you could add humor to something that is “humorless,” that’s a nice conversation starter. My strength has always been storytelling. I love wordplay and painting pictures, and doing it with physicality and swagger.

You mentioned you were a welfare kid out of Boston …

I was in the system and feeling like I may never get ahead of this. But year after year, one foot in front of the other, I got through. Weirdly, at 47, my sweet spot is understanding that pain will come and it’s OK. Get right in there, ride it out. Don’t try to avoid it. Don’t cry your way out. Like any good panic attack, it will last 16 minutes but then thing will let up. I like living in that space now. It’s very strange. It’s funny to think back on my life and remember that I used to strive for more numbers—more followers, more clicks. I’m going to keep changing and growing and hopefully the audience will be there with me.

What’s the funniest thing we might not know about you?

There was a very brief period before stand-up where I was contemplating a career in music. I had a band and was the lead singer. We played a couple of gigs in garages and I called us Vivid Blur. I remember coming into rehearsal one day and I looked around the room and I thought, “Man, it’s going to be harder to juggle four different personalities and have a career. I think I should do something more “solo adventure.” I wanted to be a David Lee Roth and be the front man of a rock band. I’m really glad I took this route instead.

I think it worked out pretty well for you.

Yeah. I don’t think I would fit into that leopard-print leotard any more.