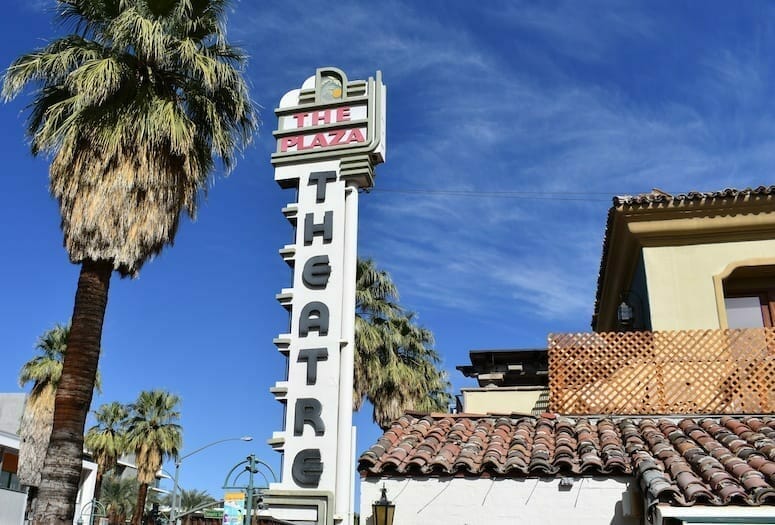 David Lee describes himself as “a creature of the theater”. Growing up in Southern California, Lee recalls that creature within him began to emerge while seated at a pair of theaters-in-the-round, Melodyland in Anaheim and the Carousel Theatre in West Covina.

Perhaps you’ve heard of them. The Jeffersons, Wings, Cheers, and Frasier.  The latter, created and produced by Lee, Peter Casey, and David Angell, won 37 Primetime Emmy Awards — a record that lasted until 2016 when Game of Thrones won 38 —  and the Emmy for Outstanding Comedy Series for five straight years (1994-98).

When he enters the Plaza Theatre in downtown Palm Springs, Lee is reminded of those SoCal theaters, a place he calls a gathering place where people can engage and feel a sense of community while attending concerts, plays, lectures, and films. But he knows in its current condition, the Plaza Theatre needs help to accommodate all of those opportunities.

Lee has “put his money where his mouth is” by donating an astonishing $5 million toward the theatre restoration. “There's something about seeing a theater gone to seed like that, that it breaks my heart,” Lee says. “So I thought, ‘What can I do?’ And I had been looking a long time to make a gesture of thanks toward the community. And I thought, ‘Well, this is it.’”

And now he’s hoping the Coachella Valley will chip in by hosting a special event March 19 where he and Casey will be joined by Frasier cast members David Hyde Pierce and Peri Gilpin to reminisce about the TV series. The event happens a day after Lee receives his spot on the Palm Springs Walk of Stars.

Lee chats more with Palm Springs Life about the event, and his ties to Palm Springs dating back to his SoCal childhood. 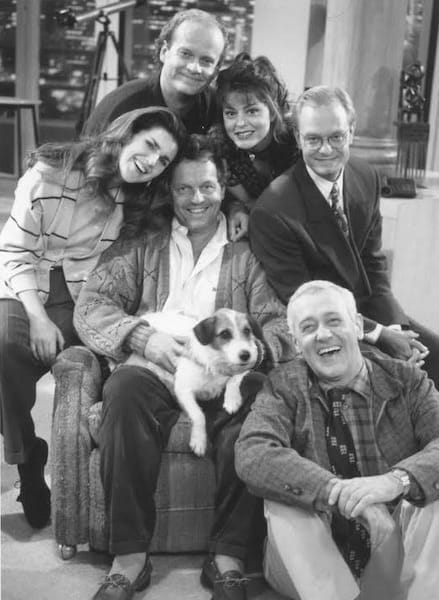 PHOTOGRAPH COURTESY DAVID LEE
David Lee with the cast of Frasier. Flanking Lee are Peri Gilpin (on his left) and David Hyde Pierce (right), who will attend a special Plaza Theatre fundraiser.

You mentioned that you started coming out to Palm Springs as a kid. Your parents brought you here.

We would drive a out in the 1955 Studebaker for a day trip. And I remember once getting to Palm Springs and sort of going, "Oh, okay," as a 5, or 6 ix-year-old. And my dad said, "Well, do you want to go down to Indio and have a date shake?" And I thought, "Yes, I do." And the thing I remembered more than anything was that there was nothing between Palm Springs and Indio.

Did those trips stay with you when you decided to buy a second home here as an adult?

It wasn't based on my childhood recollections. It was more based on during the '80s, I would come fairly often with group of friends, and we stayed down here for a long weekend, and I really enjoyed those. And at the time, 20 years ago, when I first bought a home in Palm Springs, I had a place in Scottsdale, Arizona. And I really enjoyed the desert and having that break there, but it was just too difficult to get to Arizona. So I started looking for something closer, and I went, "Well, there it is, my childhood date shake factory."

One of the big things I noticed is when I was coming down in the mid '80s, it was impossible, and I mean impossible, to find a decent place to eat. And nowadays, I have no trouble finding really top notch restaurants whenever I want to go.

So what can people expect at this March 19 event?

I go over the pilot of Frasier, the very first episode. And I stop and discuss how every decision was made, from the titles to the casting, to the why is it set in Seattle, to how we wrote it to why do we choose that dog? And we just talk about all that stuff. I'm surprised that almost 30 years later, people are still interested, but they do seem to be. And then after I finish that, I'll invite my co-creator Peter Casey onto the stage with David Hyde Pierce and Peri Gilpin. And any other actors that may or may not show up, I'll invite them on the stage and we'll answer questions from the moderator and then open it up to audience for questions.

Without spoiling what you're going to tell people on that day, was Frasier an easy sell to get on the air or did you have to jump through a lot of hoops to get it approved?

How far back does your relationship with Kelsey go?

Peter and I started writing for Cheers in its third season. And in our earliest story meetings with the creators, they said, "We are thinking of adding a character as a love interest for Diane, a psychiatrist whom she meets when she's away." And we thought, "Oh, that's interesting. What's his name?" And they said, "We don't have a name yet." So the first script that Peter and I wrote had a character in it, which would later become Frasier, but had no name. 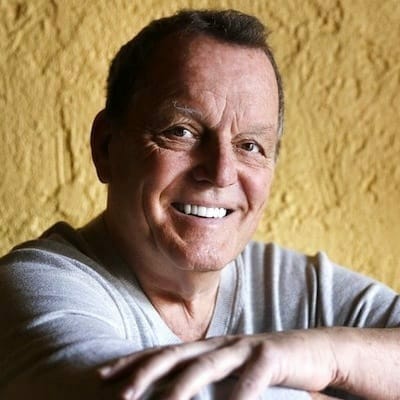 Did the cast of Frasier come together easily?

There's a thing that writers do when they go in to pitch the idea of a series to the network and it's just a tool to help the network executives picture the type of character you have in mind. And we went to pitch Frasier and we said, "Okay, well, you know who Frasier is? Because that's the given, it's Kelsey Grammer, but he's got this dad, we picture him like the actor, John Mahoney, somebody like that." And Warren Littlefield the head of the network said, "Well, if you can get John Mahoney, he's pre-approved."

And then we said, "And then there's a healthcare worker. One of the people we're thinking about is an actress, not Jane Leeves, but we're open to maybe an English actress."

So Warren said, "Well, if you are looking for somebody, you should really take a look at Jane Leeves. And if you can get her she's pre-approved." And so we got all those people. The only one we really did an extensive search for was Peri Gilpin. That was a long search, but we were extremely happy with who we ended up with.

What were the keys to success for Frasier?

We were really lucky. We not only assembled an extremely talented and likable set of actors, we were blessed with year after year after year, just these astounding writers. And that's not all always a guarantee of success, but one of the things that really helped is we all got along. That was not a contentious set. I couldn't wait to go over to the set every day. The actors really enjoyed talking to the writers. Everybody got along and lot of people just don't believe me when I say that, but it's true. And you know, the other thing I think that helped was Frasier was blessed from the beginning. We hit the airwaves and we were not only a critical success, but we were raving success and that's a duo that is hard to beat.