Expect to see cast members from the TV sitcom, Frasier, when David Lee receives his Walk of Star on March 18 at the downtown park in Palm Springs.
PHOTOGRAPHY COURTESY DAVID LEE

Get ready to raise a glass to a man who put witty words in the mouths of some of television’s most celebrated comic characters, including George Jefferson, Diane Chambers, and Frasier Crane.

Palm Springs resident David Lee, who co-wrote and produced The Jeffersons and Cheers, and co-created, wrote, and directed Wings and Frasier and has won nine Emmy awards, two Humanitas Prizes, and a Peabody during his illustrious career, will receive the 449th star on the Walk of Stars Palm Springs on March 18. In a separate but equally exciting endeavor, Lee, who has long been involved in local philanthropic efforts, has donated the unprecedented sum of $5 million to help preserve the city’s historic Plaza Theatre. A special Plaza Theatre fundraiser event set for March 19 will unite Lee and Peter Casey with Frasier cast members David Hyde Pierce and Peri Gilpin.

Lee chatted with Palm Springs Life about why his classic TV series still resonate so strongly with viewers, the proposed reboot of Frasier, and plans for the Plaza Theatre. 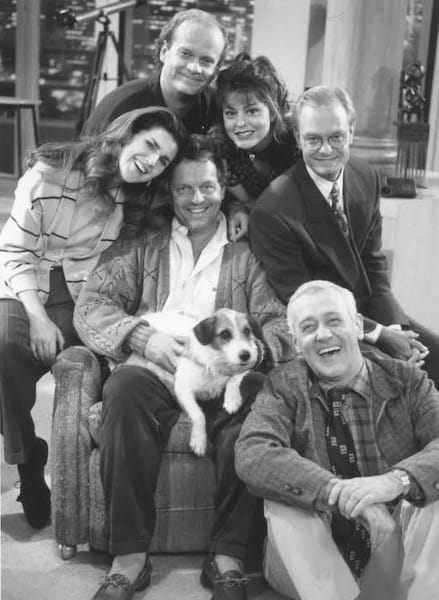 Congratulations on being honored by the Walk of Stars Palm Springs. What does this mean to you?

Well, my cute little comment is that I've had a love affair with Palm Springs for as long as I can remember, since I was a child. It's nice to know that it's reciprocal.

How did plans for your star come about?

People will be walking all over you. Do you plan to keep your star clean yourself?

It's on my route of my daily power walks, so I will be policing it.

More recently, you made an incredibly generous donation of five million dollars to the campaign to save the Plaza Theatre. What are your hopes for the future of the theater?

My interest, along with J.R. Roberts [a former councilmember and now chairman of the board of directors for the Plaza], who's really the guy who's running it, is seeing that the theater gets restored back to the beauty of its glory days. With the architectural details honored and the lighting, sound, and other systems are upgraded and up to code and that it can be a functioning, thriving, valuable part of downtown that attracts a variety of things. Basically, I want it to be a community asset. By that, I mean it should be able to have the performing arts. It should have classical music, jazz music, rock music, concert series, lecture series, panel discussions. I want the city to be able to use it for the State of the City address. I want the Palm Springs Film Festival to be able to use it. Basically, I want it to be an all-purpose asset for the city.

Will the Fabulous Palm Springs Follies return to the theater?

No, there are no plans to bring the Follies back.

Had you seen many shows at the Plaza before you made the donation? 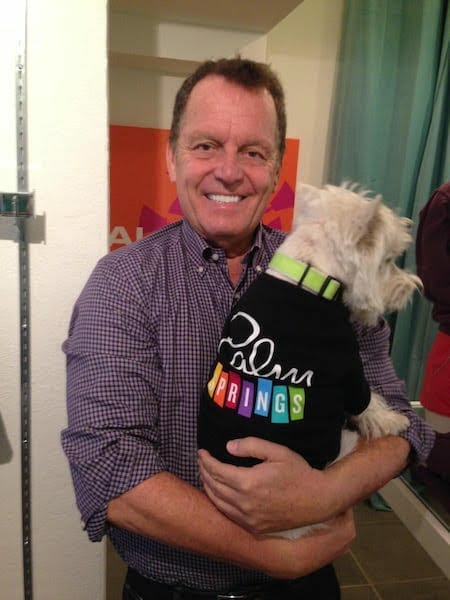 That’s incredibly ironic, since the humor in Porky’s is the opposite of the sophisticated dialogue that was the signature of your TV shows. What was your first experience with Palm Springs?

I grew up in Claremont, which is about 85 miles west of here. It's on the way to L.A. When I was a young kid, my parents would just have some place to drive on a weekend. We would drive down here, usually for the day, which was a lot of driving. I remember coming here as a child and thinking it was like I was on the moon, which I rather liked. The other memory I have was coming to Palm Springs and we stopped and looked around the El Mirador Hotel. Then my dad asked, “Do you want to have a date shake?” So we had to drive to Indio for that. I have a distinct memory of there being almost absolutely nothing between Palm Springs and Indio.

Every single day starts out with me taking care of my dog. I have a new puppy and she's quite demanding. Then it's a four-to-five-mile power walk, which is rarely missed. After that, hopefully it's lunch with friends. Then I spend the afternoon working on whatever project I'm working on. Then dinner with friends, just relaxing. I have a feeling that my day's not all that different than other people of a certain age in Palm Springs.

Where are your favorite local restaurants?

I think the two best restaurants in town are Farm and Bar Cecil, although you have to plan ahead for both. You can't decide at the last minute to go to either. The food is superb. For breakfast, there is nothing that beats Rick's. Their vegetarian omelet is a go-to every time.

During the pandemic lockdown, many people, me included, binge-watched Cheers and Frasier. Both series are so theatrical, because the scripts are intellectual, the wit is flamboyant, and the dialogue really enriches the plot and characters. Was this intentional or just how you and your partner write?

In a word, yes. A lot of the people involved were either very conversant in the theater or actually were of the theater. That was what all my early training was in. We looked at them as doing a little play every week. When we were developing Frasier, Seinfeld was very popular at the time and I just adored Seinfeld, but they were pioneering this thing of very short snippets and very short scenes. We made a conscious decision with Frasier that we were going to try to draw out the scenes as long as possible. I think that may be one of the things you pick up on the sort of theatricality of it, because the longer the scenes, the more it starts to look like a play and not a TV show with lots of cuts and changes of scenes and that sort of stuff.

"We made a conscious effort not to do topical references (in Frasier), and that it ultimately be character-driven. No matter how witty or sparkling or out there the dialogue was, it still had to come back to a grounded place."

Why do you think both series hold up so well for contemporary audiences?

Well, I have a couple of theories. One thing for sure is we didn't do anything topical. I can't even remember one time where we mentioned a current event. That was really on purpose because there were shows that were contemporaneous of Frasier like Murphy Brown that were all about what was going on in politics. That's great for the first run, but that show notoriously had trouble being so sold into syndication, because a lot of the dialogue five, 10, certainly 20 years later, people didn't know what the hell they were talking about.

We made a conscious effort not to do topical references, and that it ultimately be character-driven. No matter how witty or sparkling or out there the dialogue was, it still had to come back to a grounded place. That's where all those actors, Kelsey [Grammer, who played the title character] and David [Hyde Pierce, who played psychiatrist Niles Crane] in particular, they were so grounded in their performances that Kelsey could go way out on a limb in terms of what he was doing acting-wise, but it still didn't get untethered from the reality. That, I think, helped some of longevity. People don't dismiss it as, “Oh well, that was just silly.”

There’s been talk about a proposed reboot of Frasier. Is this really going to happen?

The answer is we don't know. Kelsey is very interested in doing it and seems to be shepherding it along. But my partner, Peter [Casey] and I, who are two of the three creators who are still alive at this point, we said, “Go with God, but we're not going to be involved.” It's not because we don't love everybody involved, it's just that producing a weekly television show is a young man's game. Quite frankly, we did that already.

"I remember coming here as a child and thinking it was like I was on the moon, which I rather liked."

Kelsey and Kirstie [Alley, who played bar owner Rebecca Howell on Cheers] frequently trend on social media these days due to their controversial political viewpoints. How do you feel about actors speaking their minds, even though it could be damaging to their legacies?

I think everybody should speak out about what they want to speak out to the extent that they want to speak out. I know Kirstie. She's a great lady, and she has ideas that are different than mine, but in no way would I want to discourage her from saying what she wants to say about any given subject. It may adversely affect how people view her, but it may not. I'm certainly not one of those who think "actors should just stick to acting and keep their mouth shut." Not at all. The exact opposite. To me, that's the same thing as saying, “Well, a plumber should just stick to plumbing and not have an opinion about politics.”

What’s the next project that you’re working on?

Well, I'm working very hard on the Plaza Theatre. I only work in the theater anymore. As you know, there hasn't been much theater the last couple of years, but that is starting to come back. I'm just now starting to prepare to direct something at the Pasadena Playhouse a year from now. It's a beautiful, beautiful musical by a recently deceased composer/lyricist that I've wanted to do for a long time. That's what I can tease you with.

Lee will be honored at the Walk of Stars Palm Springs on March 18 at 3 p.m. in a ceremony that’s open to the public. The David Lee Foundation supports, enhances, and promotes professional theater in Southern California.