Opening this weekend at the Indio Performing Arts Center is Desert Theatreworks’ second mounting of William Van Zandt and Jane Milmore’s Love, Sex, and the I.R.S. Labeled a ’70s sit-comedy, the play is a farce about two out-of-work straight male musicians who pretend to be a male-female couple so they can save money by jointly filing their taxes. Along the way there are a number of twists, sight gags, and cases of mistaken identity. In other words, hilarity ensues.

Palm Springs Life spoke to DTW’s Artistic Director Lance Phillips-Martinez about the show, their upcoming season, and why laughter is crucial.

Why do you think comedies are important?

I think it’s important for someone to be able to laugh at themselves. Life is filled with over-the-top, silly, and downright ridiculous moments — and let’s be honest, when they happen to us, they can sometimes be more stressful than amusing. There’s something really special about being part of a shared experience at a live show. It’s like sharing an inside joke with a room of people who would otherwise be strangers. Comedies are a great escape for everyone. 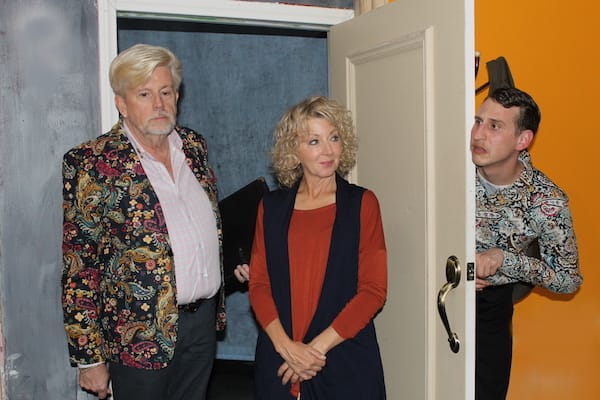 Love, Sex, and the I.R.S. is a show Desert Theatreworks presented in 2016. What initially drew you to the material, and what led you to revisit it this season?
Originally, I chose the show as part of the 2016 season while we were at the Joslyn Center in Palm Desert. I generally chose simply-staged comedies with lower budgets for the summer to attract locals during the off season. The play was a surprise hit, and many of our audience members asked us to bring it back during the main season as many of them were unable to attend the summer production.

The show is often described as a cross between Three’s Company and Married With Children. What is it about 1970s-1980s humor that still resonates with us today?
The play challenges the idea of gender, social acceptance, and traditional marriage all blended up in the guise of a slapstick comedy. And it did this in the late 1970s when it was unheard of for a play. These were underlying issues that the playwrights were challenging their audience with back then, and now the play nostalgically reminds us of how far we have come.

Tell us about your cast.
Our audiences will recognize everyone in the cast from previous DTW shows, with the exception of our I.R.S. man, Mr. Spinner, played by Dave Kulvete who is making his DTW debut. Tiffani LoBue and Ed Lefkowitz are reprising their roles from the first production of this show. Everyone in the cast [which also includes Steve McMillen, Tessa Walker, Lee Padick, Christine Michele, and Art Healey] was hand-picked for their comedic timing, and I couldn’t be happier with how the show’s turning out.

Your previous production of this show included a laugh track. Are you doing that again?

There are a few sitcom-esque music stingers and moments of canned applause, but that’s about it. This time around, I really believe the laughter and applause is going to come organically. 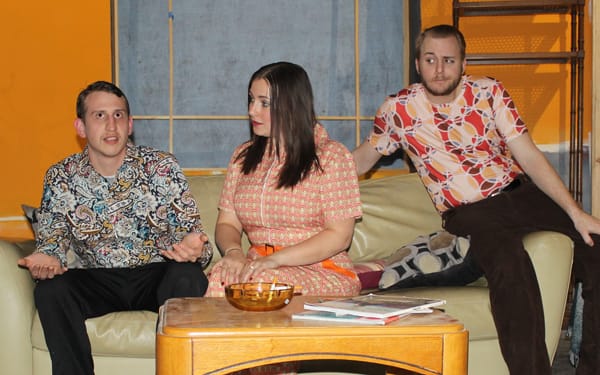 This is your sixth season. How has Desert Theatreworks evolved since moving from Palm Desert to Indio?

DTW has evolved in almost every aspect. We’ve got so much more room. Since moving into the Indio Performing Arts Center [IPAC], we have expanded our office staff, audience capacity, and are able to put on much larger shows. The sets have become much more elaborate, along with lighting and sound for all of our shows. In our new home in the IPAC, we’ve been able to become a part of the rich culture and arts scene in old town Indio.

What can you can tell us about season seven?

It’s going to blow your socks off! I’m very proud of the 2019-20 season. We’ve got 10 amazing shows planned; I think it’s the perfect mixture of shows that are household names along with a few little-known treasures. I’m confident there’s something for absolutely everyone this season.