Director, Actress Have Palm Springs Ties in "Side Effects" 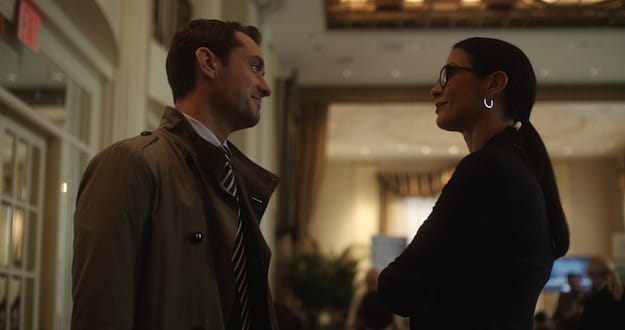 Director Steven Soderbergh has a long-running history with Palm Springs: His innovative work has screened at Palm Springs International Film Festival and he’s also the mastermind behind an awaited Liberace biopic.

His latest effort partners him with Catherine Zeta-Jones – the wife of Michael Douglas, who will star as Liberace in HBO’s “Behind the Candelabra”.

In "Side Effects", Zeta-Jones portrays Dr. Victoria Siebert. She is contacted by colleague Dr. Jonathan Banks (Jude Law) to consult on a suicidal patient named Emily (Rooney Mara), who appears to have fallen victim to the jarring side effects of her psych meds. However, Dr. Banks soon discovers that his fellow psychiatrist has a duplicitous, vested interest in his work with their patient.

"Side Effects" marks Soderbergh’s return to the type of sexy, stylish noir that elevated him to super-status after his debut feature film "Sex, Lies and Videotape".

Zeta-Jones delivers a startling performance and credits the auteur with casting her in a light much different than some of her previous roles.

“I’m actually thrilled that Steven cast me as a doctor because I never went to college and I’ve always wanted an “M.D.” after my name,” she said. “So I think [he] just fulfilled my mother’s dream.”

In 2011, it was revealed that Zeta-Jones was diagnosed with bipolar disorder. Although she was initially candid about her condition, she admits that her fellow countrymen have been notoriously tight-lipped about treating mental illness.

“There was this British stiff upper-lip where depression and psychotherapy were squashed,” she said. “But now it’s becoming this thing where people are speaking about it more publicly.”

The Welsh actress collaborated with Soderbergh twice before on the film "Traffic" (2000), which won four Academy Awards, and again on "Ocean’s Twelve" (2004). Success has been consistent throughout her years in Hollywood, but she still faces the challenges of any wife and mother.

“Career-wise, I love my job, but it takes a lot to leave my kids, leave my husband, leave my dogs,” she said. “But it’s a real treat to work with Steven. “

She’s also no stranger to Palm Springs: Zeta-Jones married into a Hollywood dynasty with deep roots in the area. When the Academy Award-winning actress was asked where she likes to spend her leisure time while in Palm Springs, one might expect to hear the name of a posh 5-star hotel or chic boutique. Instead, her answer is as surprising as the many plot twists in "Side Effects".

“At my brother-in-law’s house,” she joked.

"Side Effects" opens nationwide Feb. 8. Catch Catherine Zeta Jones when she appears on the 85th annual Academy Awards telecast honoring musicals and her work in "Chicago" on Feb. 24.