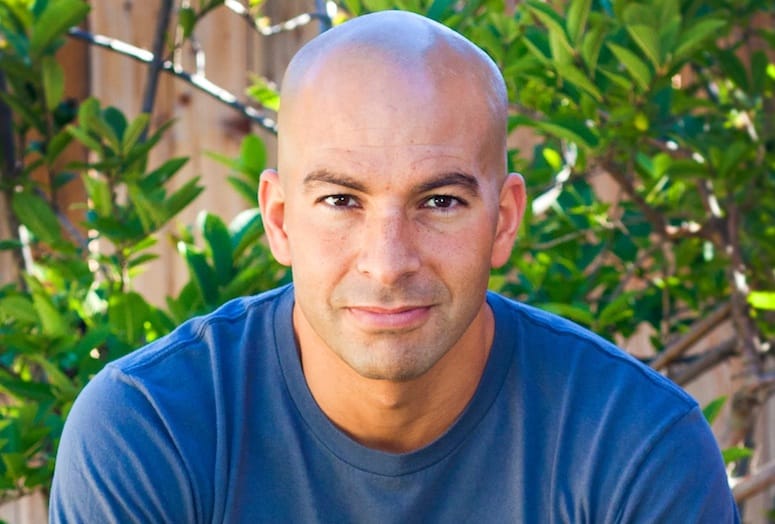 Peter Attia is not out to convert you.

He would much rather have you leave one of his speaking engagements questioning your own knowledge base on nutrition, exercise or pharmacology.

“It's always really this idea of using my passion to basically create a seed of doubt because I think that's healthy,” says Dr. Attia. “I think that's how we evolved.”

Dr. Attia will speak Feb. 11 on “Relationship Between Nutrition, Obesity and Diabetes” as part of the Wellness Matters Speakers Series at the Annenberg Center for Health Sciences at Eisenhower Medical Center in Rancho Mirage.

His information is as much attributed to his medical education as it is to his own personal journey. Five years ago, he weighed 200 pounds despite following what he thought was the correct prescription to being healthy – he exercised more than the normal person and didn’t eat junk food.

However, he was still overweight and putting himself at risk for a family history of heart disease. So he radically changed his diet, going to a low carbohydrate that allowed him to lose weight and body fat at the same time.

While that’s a simplification of his weight loss, Dr. Attia says we’re not equally equipped to answer the question of what works for each of us (see his website for more details).

“If today someone says, ‘Boy, it's really hard for me to change my diet,’ I would argue that a big part of it is they don't actually know what they should be eating," he says. "Everyday they're being told something different, and so that to me is the actual problem.”

Do you have your own personal definition of what's considered a healthy diet?
I obviously eat according to what I believe is the healthiest thing I can eat. Again, I think it's irrelevant to the broader question.

When we talk about healthy eating, is there a way to communicate that in a way that people will find appealing and not think they're being punished?
“I think it's a little soon to really say that. To be honest with you, if you ask me personally what my objective is, my objective is to figure out what the right answer is before telling people what to eat. I'm certainly happy to tell people what I eat and explain the literature as it exists today which makes a pretty strong case for saying that the way we ought to eat is not the way we do eat.

But I really savor a prospective approach as opposed to a retrospective approach so rather than getting people all anxious over changing their eating behaviors today, I'd rather get people to at least accept the fact that we probably ought to reassess exactly what constitutes a healthy diet so that people can then at least make the choice freely.”

Is there a tendency or a convention to want to continue to look at diabetes the way we have been or does there seem to be a growing acceptance that … of looking at maybe a little bit different the way you have?
“One of the greatest lessons I learned in my Surgical Oncology training was that we never ever, ever use the language that the patient failed the treatment. You never use that language because it was so inherent within our culture to understand that the therapy failed Mr. Smith.

Mr. Smith didn't fail anything, and yet in diabetes and obesity for that matter we don't use that language at all. We talk about patients failing. I guess my point is that I think that can only go on so long. At some point, if you're an honest person, which I think most people are, you have to look yourself in the mirror and say, ‘Wait a minute, maybe this isn't the failure of the patient, maybe it’s the failure of the treatment?’ I think we're actually at that turning point right now.”

What, at this point needs to be done or maybe is currently being done to improve the scientific rigor in Nutrition and Obesity Research? Is enough being done?
The first thing that has to be done when any scientific discipline undergoes a revolution is there has to be an acceptance of an alternative hypothesis. To this there is not. Doing more science through the lens of a conventionalism framework, it's only likely to enhance one's belief in the conventional wisdom whether or not it's correct. At the risk of again sounding a little preachy, I guess, the most important first step is the acceptance that there may be alternative hypotheses for things that we believe are iron clad and certainty, and that we need to go about it testing those alternative hypotheses rigorously, transparently, and with the best tools that science brings to it.

Can you give me an example of a hypothesis that needs to be tested?
“Sure. The current accepted wisdom for why people get fat is that they eat too much or don't exercise enough. By that logic treating obesity requires restricting calories and or increasing energy expenditure. That is conventional wisdom and it seems logical, and it's been preached for 40 years and yet during that period of time we've seen a monotonic rise in the incidence and problems of obesity and a long with it Type 2 Diabetes. So, it's sort of intellectually appealing as the hypothesis might be worth asking if there's another hypothesis that could explain this.”