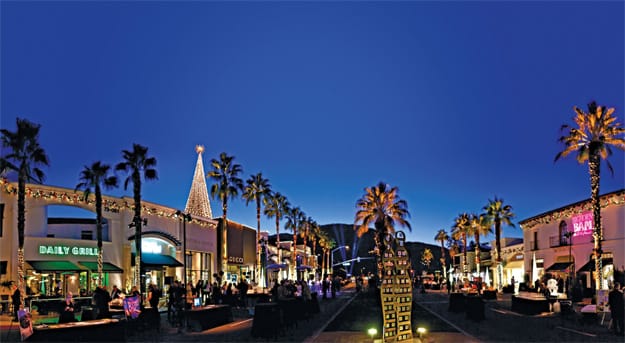 Seven years ago, Selby Dunham was diagnosed with stage III breast cancer. “I went through my treatments. I had chemotherapy for almost five months, a mastectomy, and radiation,” she says. But the ordeal opened her eyes.

“I’ve said this and I say it over and over again because I can, because I’m sitting here talking to you: It’s really been a blessing to have cancer, because I’m  healthy and I’m here today,” Dunham says. “It’s given me such an awareness of the important things. Very few things bother me very much anymore, because there’s hardly anything bigger.”

It’s not her story of survival that she wants to share these days. Rather, it’s the stories of all the people she met throughout her journey.

“Right after I was finishing my treatments, I was asked to help out with a golf tournament at Bighorn [Golf Club]. At that time, they were donating the proceeds to the Susan G. Koman foundation,” she says. “We changed the name to Bighorn Behind a Miracle, or BAM; and that was when I said, ‘All the money that we raise is going to stay here in the valley.’”

Dunham and a group of volunteers have raised $2.56 million in five years under the nonprofit Bighorn BAM to aid cancer patients. Fundraising dollars benefit The Pendleton Foundation and Eisenhower Medical Center.

What we do — and I think it is one of the reasons we’re so successful — is that we have a wish list for a need given to us from Eisenhower, from the Lucy Curci Cancer Center. And the list is getting larger and larger as we continue to be a solid, viable charity in the valley,” Dunham says. “We share what they need with our members, with our guests, with our friends. So when people donate, they know where it’s going. It stays right here in the valley. They can go down to the center, and they can touch the equipment that we have purchased.”

Bighorn BAM goes further to provide services that most patients, such as transportation. Dunham recalls an experience she had when she was going through radiation treatment.

“You get to know other [patients] because you’re all there at the same time,” she says. “So this gal, we were talking — she also had breast cancer — and she was talking about her burns. After a number of treatments, your skin starts to get red and it starts to burn. She asked what [I did] for it. I said, ‘Immediately right after I put aloe vera gel on it.’ And she wanted to know if it was expensive. I could tell her financial situation wasn’t very solid. So I went to Trader Joe’s and got the big bottle and brought it the next day to give it to her as a gift. But she wasn’t there. So I [asked] the technician, ‘Denny, why isn’t she here?’ And he said, ‘She missed her bus.’ I mean she takes the bus? I mean that’s just not right. That’s not right.”

Bighorn BAM has provided more than 3,000 round-trip rides for radiation and chemotherapy patients to the Lucy Curci Cancer Center and the radiation oncology center at Eisenhower Medical Center. “It’s also for patients and companions and it’s door to door,” Dunham says.

Throughout the year, the group puts on three major events: the BAM golf tournament, the BAM Launch Party, and A Miracle on El Paseo, which in its fourth year will be held on Nov. 17 at The Shops on El Paseo.