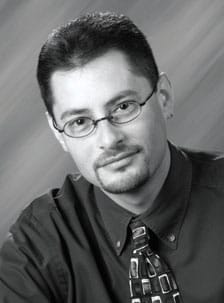 Recognizing what so many arts leaders have hailed for years, desert economic agency looks to capitalize on the ‘creative segment’

A casual look into this season’s calendar of art exhibitions, music and dance performances, Modernism Week programs, and other events reveals the diversity and vitality of the desert’s arts and culture scene — a freshly minted priority of the Coachella Valley Economic Partnership. In its Economic Blueprint, the agency identified “creative arts and design” as one of four key segments to grow and promote. A new nonprofit organization, ArtsOasis — consisting of local arts leaders, who set out to “nourish the creative sector and promote economic vitality” — have a role in the blueprint strategy.

Their collaboration has no shortage of assets.

As we produced this issue of Palm Springs Life ART+CULTURE, the exhibition “Richard Avedon: Fashion, Stage, and Screen” at Palm Springs Art Museum signaled the institution’s commitment to building a significant photography program, while also pressing forward with its bread-and-butter modern and contemporary programs.

Following the impeccably curated Avedon show, which ends Jan. 30, the Annenberg Wing will be reinstalled with an exhibition of prints and multiples by John Baldessari, widely considered the world’s most influential, if not the most important, conceptual artist. The works in the show come from the collections of Jordan D. Schnitzer and his family foundation. I preview the exhibition in “The Space Between” and interview the collector in “Jordan Schnitzer: Passionate Collector.”

While installing acquisitions — including original works by Anselm Keifer, Gino Serverini, Tam Van Tran, Andrea Zitell, Marina Abramovic, and Marc Chagall — museum officials announced it would expand to an 8,400-square-foot Palm Desert satellite location in late 2011. The expansion places the museum’s education team closer to mid- and eastern Coachella Valley communities and increases the museum’s capacity for exhibiting, rather than storing, its collection.

And art galleries, from Palm Springs to Indian Wells, represent a large swath of this mixed-media tapestry, educating new and established collectors through exhibitions ranging from early California Impressionism to blue-chip Modern art to contemporary movements such as Hard Edge Abstraction, Light and Space/Finish Fetish, Conceptualism, Pop, and studio glass.

This issue of Palm Springs Life ART+CULTURE keeps you informed, whether celebrating the desert’s art hertitage or riding the cutting edge. For example, “The Smoketree School” by Ann Japenga, tracks to the early desert plein-air painters, while “Living Inside the Art” takes you into the houses of collectors who commit valuable space to site-specific art installations.

Quality and diversity prevail on stage as well, particularly in music. Within the past two years, three prominent music establishments enlisted impressive new leaders.  “Three Maestros” introduces Gary Berkson, conductor of the Desert Symphony; Valéry Ryvkin, artistic director of Palm Springs Opera Guild’s Opera in the Park; and John Bayless, composer in residence on the board of the Virginia Waring International Piano Competition.

It’s easy to see why economic leaders want to wrap their arms around what they call the “creative segment,” and we hope the relationship brings more attention — and jobs — to the arts.

Meanwhile, enjoy this edition, which also includes a complete guide to the season.