Cherished Edris House is Back on the Palm Springs Market 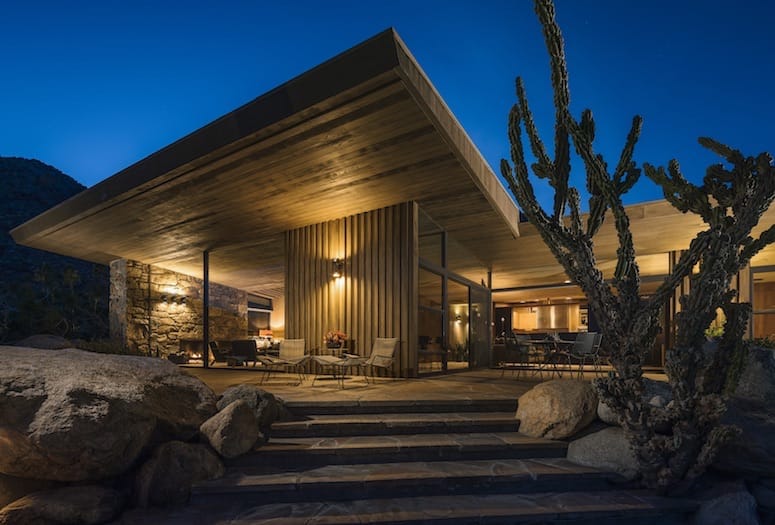 When it was built in 1954, the Edris House must have appeared as if a spaceship had landed amongst the red-tiled roofs and white stucco haciendas that dotted the canyon. With its Jetsons roofline, a flying “V” suspended over clerestory windows held up by a massive stone fireplace, the home looks strikingly modern even today.

The client, William Edris and his wife, Marjorie, could afford to be bold. Having made their money in theaters and hotels in the Pacific Northwest, they began vacationing in Palm Springs in the late 1940s, keeping a small apartment in the same complex as the architect E. Stewart Williams and his wife, Mari. When the Edrises decided to build on a view plot up on Chino Canyon, Williams was the natural choice, despite his preference for the commercial architecture that helped define Palm Springs’ civic style.

But the Edris house is emotional: a testament to the friendship the two couples shared. “The house was a love story from the beginning,” explains current owner and Palm Springs City Council member J.R. Roberts.

Angular and imposing from the street, the house is warm and inviting, almost cozy, on the inside — an organic machine built for pleasure. Roberts befriended Williams in his later years, and the architect often recalled spending evenings with his wife and the Edrises, playing cards, mixing cocktails, and watching the light change on the desert below as the walls of glass seemingly disappeared around them.

After William and Marjorie Edris died, the house sat empty for nearly a year. The company that had purchased it planned to gut it, but before that could happen, Roberts, a self-described “bleeding-heart preservationist,” jumped at the chance to take over a modernist icon. 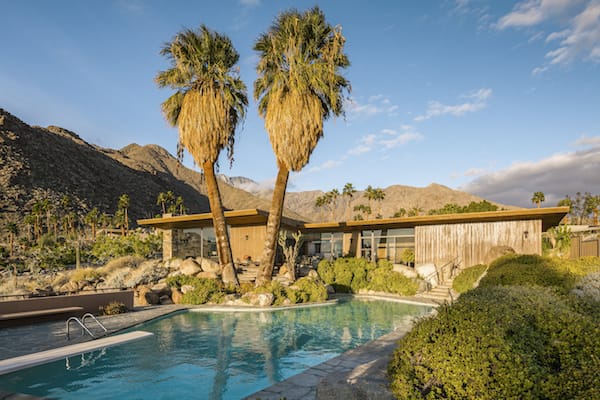 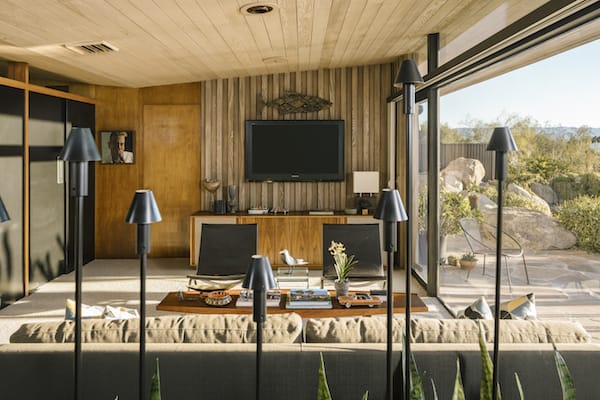 His love for the house shows in the painstaking care taken of the original fixtures and wood, right down to the last space-age doorknob. When asked about his favorite detail, Roberts says that without a doubt it’s the floor-to-ceiling living-room windows overlooking the valley. “I literally get to watch an ever-changing movie,” he says, of planes, weather, and wildlife.