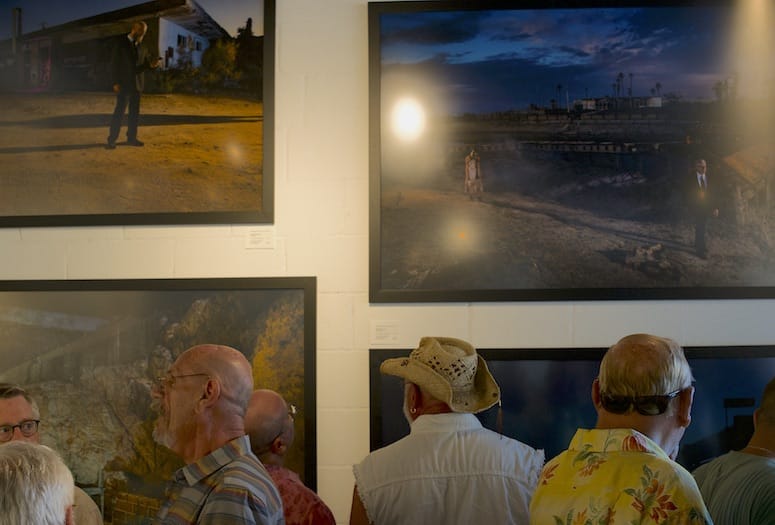 The photographs adorning the walls at Eight4Nine, created in collaboration with playwright Alan Olejniczak, evoke themes from classical mythology and literature.
PHOTOGRAPHS BY STEVEN SALISBURY

Artist Christopher Turner unveiled his series of photographs called “Progress” at Eight4Nine Restaurant in Palm Springs. Set in the stark surroundings of the Salton Sea, the images capture subjects in corporate attire amid the ruins of the 1950s vacationland that continues to rot as the sea dries up.

Turner created the series “post-election as a response to the current political and social climate.” The images are striking for their depth of color and lighting, though he did not digitally manipulate them. Rather, the self-taught photographer used strobes and gels and shot at sunset and sunrise, on long exposures, to achieve the striking shadows and haunting skies.

The photographs, created in collaboration with playwright Alan Olejniczak, evoke themes from classical mythology and literature. Turner says he hopes viewers “question the implications of modern consumerism” and our impact on the environment. Visitors to the Salton Sea, about an hour south of Palm Springs, are struck by the post-apocalyptic landscape. Turner captures the otherworldly feel of the place but injects life into the surroundings with well-dressed models, many of which attended the reception. 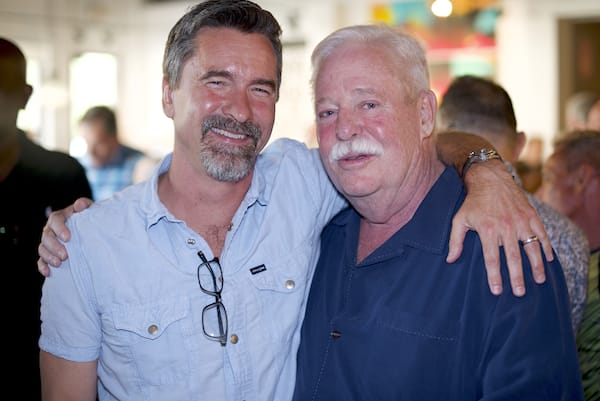 Eight4Nine typically features local artists, but Turner and Maupin are frequent visitors to Palm Springs. The couple makes the drive (with dogs in tow) from their San Francisco home several times a year, often staying in the Warm Sands neighborhood. They are regular guests at the restaurant and friends with co-owner Willie Rhine.

Rhine plans to continue the series, switching out the art every three to four months, highlighting local artists with each new opening.

In response to the environmental crisis, Turner is donating 25 percent of sales proceeds to the Salton Sea Action Committee, a nonprofit whose mission is to prevent the collapse of wildlife habitats surround the sea, mitigating pollution and creating recreational and economic opportunities by restoring the water to healthy levels. 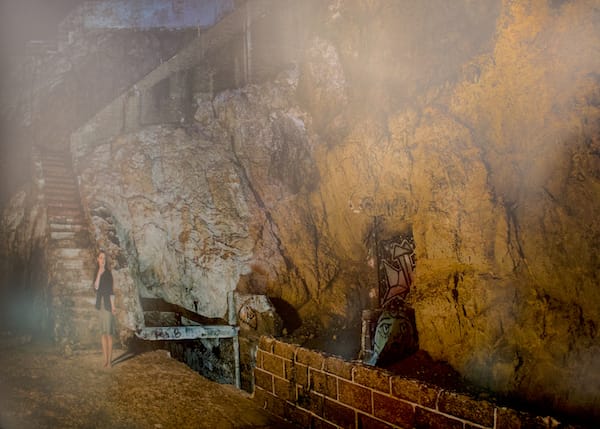