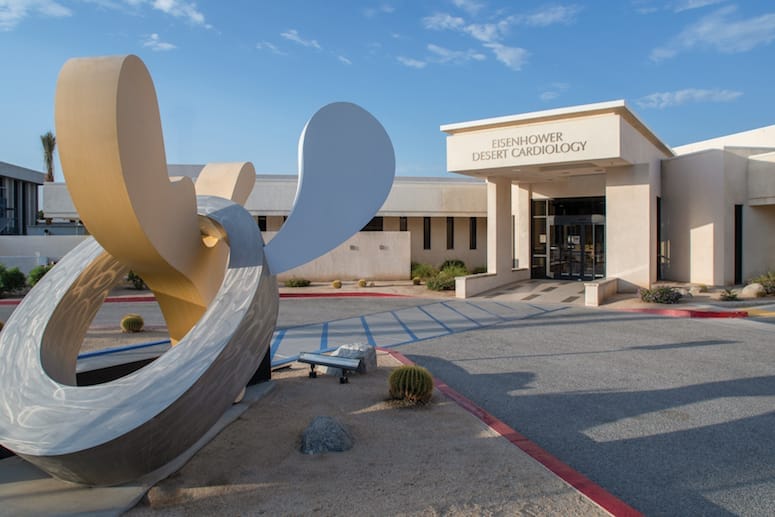 Your brain gets credit when you make smart decisions. Nevertheless, people encourage you to “follow your heart.” And while the average human brain weighs more than four times the human heart, the latter organ beats the former as the muscular one.

The heart symbolizes goodness: Her heart is in the right place. He has a heart of gold. Have a heart. It also represents honesty: Cross my heart.

Primarily, it represents love. Witness heart-shaped boxes of candy on Valentine’s Day. The “I ❤ New York” ad campaign in 1977 ignited a lasting sticker trend allowing everyone to publically declare adoration for their city, pet, hobby, etc. And today’s catalog of emojis swells with heart shapes to express affection.

But, as Chris Isaak pointed out in his song “Heart Shaped World,” the symbolic core of emotions (sorry, brain) can mean trouble.

According to the U.S. Centers for Disease Control and Prevention, heart disease accounts for one in four deaths nationwide. World Health Organization data echoes that grim statistic. In 2019, ischemic heart disease killed 8.9 million people worldwide, regardless of a country’s economic status. Strokes, a cardiovascular disease, came in as the second-leading cause of death, claiming 6.2 million victims. Statistics for 2020 will include COVID-19, but that category undoubtedly will include people with heart disease as a contributing factor. 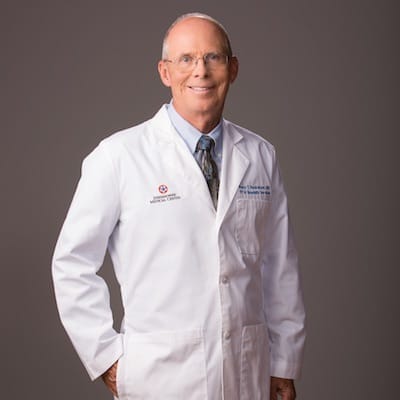 “Eisenhower Desert Cardiology Center comprises a cohesive group of cardiologists and specialists with the ability to deal with any cardiac problem that comes up,” says Barry Hackshaw, M.D., Eisenhower Health’s vice president of foundation specialty medicine clinics. “There are few groups in California that have 18 cardiologists under one roof with the expertise our group has.”

In 1990, Eisenhower Medical Center marked a milestone with its 3,000th open-heart surgery. Nevertheless, three-plus decades ago represents a precarious time for people with cardiac conditions. Those for whom a bypass operation was not a viable option faced risk of angina and heart failure.

“We now are treating people who previously wouldn’t have had any options,” Hackshaw says. “Patients are having newer procedures done.”

A combination of advances in minimally invasive techniques and local population growth explain why Eisenhower Health has boosted its cardiology staff with a range of subspecialties, dedicated an entire building on its Rancho Mirage campus to outpatient services for heart conditions, and is raising $50 million for a cardiovascular pavilion that will add state-of-the-art procedure suites in conjunction with the latest in technology upgrades.

“In the 1980s, Eisenhower was performing open-heart surgery, which was coronary bypasses and valve replacements. Our cardiology practice got into pacemakers and balloon angioplasty,” Hackshaw recounts. “From the mid-’80s until 1998, the group was located on the fourth floor of the Wright Building. We outgrew that space. By moving to our own building [a rededication of the Hal B. Wallis Building], we were able to increase the number of physicians and outpatient services. Before that, patients would have to go to the hospital for things like nuclear tests and echocardiograms.”

Hackshaw notes that Eisenhower Desert Cardiology Center performs 30 echocardiograms a day. When he joined Eisenhower in 1989, he was the sixth cardiologist on staff. Today, the slate of doctors fills the following subspecialties:

• Electrophysiology, which deals with heart-rhythm problems through pacemakers, defibrillators, and ablation procedures.

Key individuals in cardiac care include Phil Patel, M.D., who completed his residency and fellowship programs at Mayo Clinic and now chairs Eisenhower Desert Cardiology Center. In 2002, he became the group’s first physician with board certification in nuclear cardiology.

Now retired, Charlie Shaeffer, M.D., was the group’s third physician, coming on board in 1974. He was a regional vice president of the American Heart Association and an expert in lipid disorders. He started a lipid clinic that helped patients reduce cardiac risk by keeping their cholesterol in check. During his time at Eisenhower, technological advances allowed the cardiology group to clear blocked arteries through angioplasty — resulting in heart-attack mortality dropping from more than 30 percent to 5 percent.

Philip Shaver, M.D., joined the group in 1979 as its first interventional cardiologist. For some 20 years, the Navy veteran simultaneously taught at Balboa Medical Center in San Diego. He was one of the first physicians at Eisenhower to perform balloon angioplasty. Retired from practice since 2019, he lends his experience to teaching in Eisenhower’s residency program. 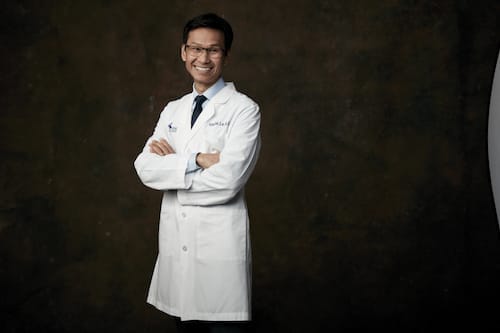 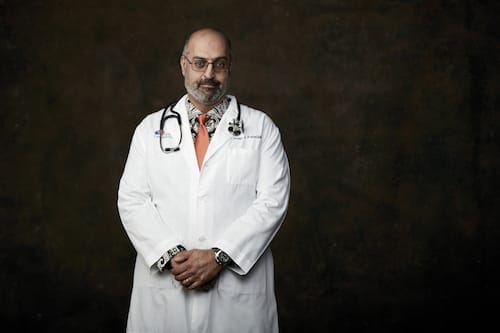 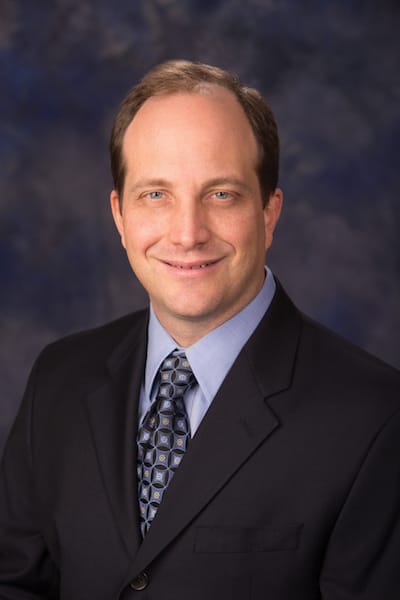 Khoi Le, M.D., graduated from Harvard Medical School and had a fellowship in interventional cardiology in Atlanta. Since coming to Rancho Mirage in 1996, he has helped bring new procedures to Eisenhower.

Andrew Frutkin, M.D., who joined the group in 2011, graduated from Stanford School of Medicine and received fellowship training in interventional cardiology. He serves as medical co-director of Eisenhower’s transcatheter heart valve program.

Joseph Wilson, M.D., has been a cardiothoracic surgeon for 25 years. Hackshaw credits him with bringing Eisenhower recognition as one of the top cardiovascular surgery centers in the country.

Eisenhower Health has earned high rankings from multiple sources over the years, including a spot among 2021 Fortune and IBM’s Watson Health 50 Top Cardiovascular Hospitals. No other California hospitals made the list.

“All of our cardiologists have impeccable credentials,” Patel says. “They have been trained at world-class centers across the country. And when we recruit new doctors, we only try to get them from those types of facilities and academic institutions. That’s the ethos of the group.

“On top of that, you build the ability to have high-quality, state-of-the-art techniques that are offered at UCLA, Stanford, and Mayo Clinic,” he continues. “We emulate what is done in every major academic institution and stay consistent with all of the guidelines and up to date with current research. We have the largest cardiology practice between Los Angeles and Phoenix. Except for cardiac transplantation, we offer every modality of cardiology that’s available, which is phenomenal for a community the size of the Coachella Valley.”

“Good cardiac care is not just quality in what you do, but also implies a range of problems you’re able to tackle,” Le says. “There are great institutions a few hours away, such as Cedars-Sinai and UCLA. One could argue, ‘Why don’t you just stabilize patients, put them on a helicopter or ambulance, and send them to those places to do these very expensive, sophisticated procedures?’

“There are a number of issues with that. First of all, we know our patients. They live here. We’ve been taking care of them for years. There’s a lot more to medicine than just what you see on a screen in front of you or a laboratory test. Knowing our patients gives us an advantage in enhancing their outcomes.

“Secondly, telling people who are already frail, ‘You’ve got to go to Los Angeles’ presents them with a daunting task. Our philosophy has been rather than sending our patients other places for complex things, let’s send our staff to learn how to do them — and let’s get really good at it. The average age of our patients is in the mid-70s. We’re much more comfortable with the demographic that we take care of here than places are that have a younger population,” Le concludes.

1992
Opening of the Coachella Valley’s only electrophysiology lab

2006
Chest Pain Center accreditation from the American College of Cardiology

• READ NEXT: Eisenhower Health Continues To Raise Its Bar After 50 Years.