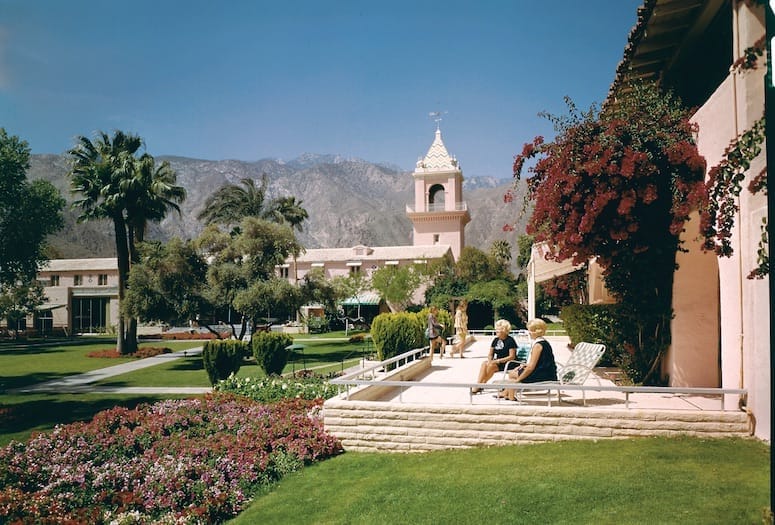 The El Mirador Tower first appeared above Palm Springs in 1927, then was lost in a fire in 1989 and rebuilt.
PHOTOGRAPHS COURTESY PALM SPRINGS HISTORICAL SOCIETY

In 1942, the U.S. government bought the El Mirador Hotel, whose name basically translates to “the lookout,” and transformed it into the Torney General Hospital, treating wounded soldiers from World War II conflicts from around the globe.

After the war, it was sold in 1952 to investors who restored the structure under the guidance of famed architect Paul Revere Williams and reopened it as a hotel. In 1973, the hotel closed again and was converted back into a medical facility as part of the now-adjacent Desert Hospital, known today as Desert Regional Medical Center.

The pink-hued tower viewable from uptown Palm Springs was actually rebuilt from the original architectural blueprints after the original tower burned down in 1989. Now, it’s part of Desert Regional Medical Center’s Jerry Stergios Building. The original weather vane — salvaged from the rubble — still sits atop the El Mirador Tower. 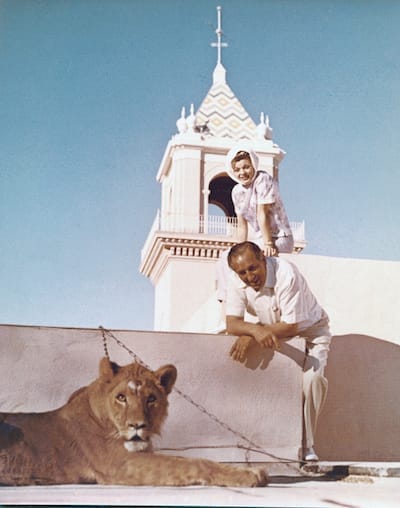 During its heyday, El Mirador Hotel staff produced several stunts to attract photographers and newsreel crews to the property, including hoisting a lion above the property’s entrance and throwing an underwater Christmas party complete with a tree anchored to the bottom of the pool.

• READ NEXT: Check Out Previous Lasting Impressions on a Point of Interest in the Desert.