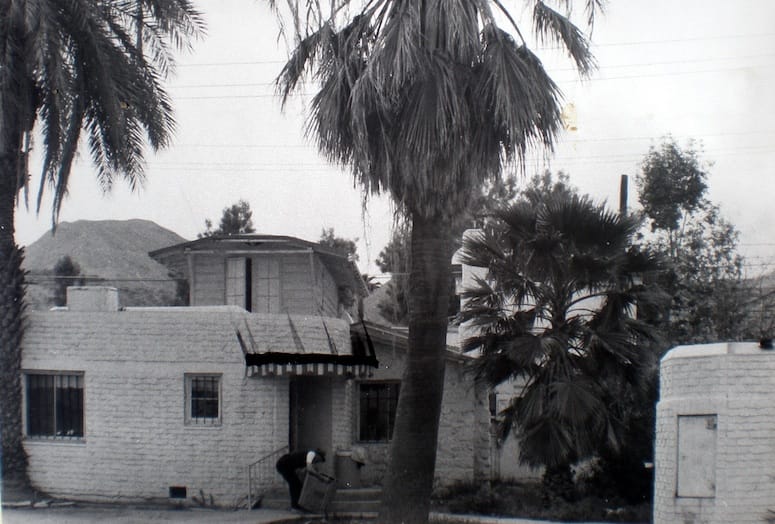 In the 1930s, the casinos that once dotted the Greater Palm Springs landscape were much more understated.

One unique and decidedly unglamorous destination was the 139 Club. Housed in what was once a private residence, the number 139 was derived from the numerical address of the building at the time, 139 Broadway.

Today, that location is the corner of Grove Street and Highway 111, in Cathedral City.

Opened in the early 1930s, the club was surrounded by a chain link fence, not necessarily what one might imagine when thinking of a private, illegal gambling establishment. The chic interior design was nothing more than painted plywood adorned with the signatures of regular visitors, which included celebrities and ordinary town folk alike.

The club’s understated esthetics did not mean that security was taken lightly; legend has it that a man would sit inside of a brick turret constructed in the front of the building and through small holes in its walls, watch who was coming and give notice to the club in advance of their arrival.

The story continues that the man also had a gun, and an itchy trigger finger.

He didn’t wear a jacket. It is reported that Sausser drank from 10 a.m. until after closing time, but was fondly revered by everyone who knew him.

Drinks were free for gamblers, and there was a small kitchen where only one dish could be ordered: a bowl of chili with beans. There was no bar or even a place to sit down.

Sausser had a partner, Walter Melrose, who also happened to be his attorney. Melrose took over the 139 Club when Sausser died in 1942, and ran it until 1947 when, after hearing of gangster Bugsy Siegel’s gruesome murder in Beverly Hills, exclaimed, “Let’s get rid of this stuff and get out of here.”

Later the building was home to the Humane Society of Palm Springs Thrift Shop until it was torn down in 1985.