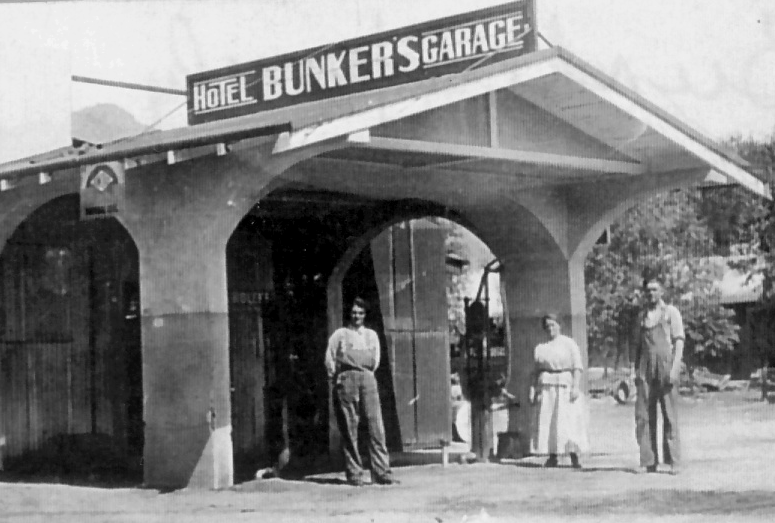 In old Palm Springs, prior to 1920, the population wavered from 300 to 400 during the winter months.

Most people tried to escape the heat of the summer, and the population dwindled down to a mere 50 or 60. Those that stayed throughout the summer created as many ways as possible to stay cool.

The general store, post office, and telegraph office run by Carl Lykken stayed open year round as did Bunker’s Garage.

Residents used the earliest morning hours to take care of whatever business was necessary, and then hurried to get somewhere that was protected from the sun. Those hardy souls that stayed behind during the summer made frequent trips up to Tahquitz and Andreas Canyons where the air was cooler.

The cooler air from the night before many times would hang about in the canyon gorges well into late morning. Water that descended from the mountains would flow through the canyons to the palm oases, which helped to cool the atmosphere.

A morning breakfast or an evening meal under the canyon palms was always a way to cool down.

After a dip in the cool stream, many a pioneer wrote about settling under a sycamore tree with a good book and waiting until the sun set for the long walk back to the village.