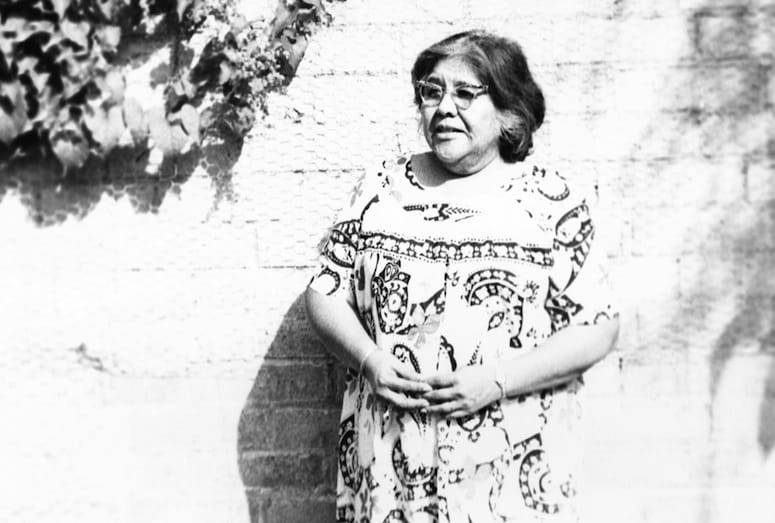 Cahuilla elder Katherine Siva Saubel, self-described as the “voice in the wilderness,” died of natural causes Nov. 1, 2011, at her home on the Morongo Reservation.

Saubel was one of the few people remaining who were able to speak in the language of the Cahuilla people as well as sing the songs that conveyed her peoples’ ancient stories.

In 1958, she met Lowell Bean, a UCLA graduate student in ethnology and anthropology who was on a mission to uncover whether there was any viable Native American culture left in the tribes that lived in Riverside and San Diego counties.

Saubel became the dominant interpreter of Cahuilla history and culture in the area.  Upon her husband’s death in 1985, she said there was no one left for her to speak her language with. “When you lose your language, you lose everything,” she said. “You can’t interpret your songs, your stories – it is all gone.”

She co-wrote a Cahuilla dictionary with Jans Jacob Seiler, and lectured on Cahuilla culture at universities in the United States, Japan and Germany.

In recognition of her efforts to perpetuate the Cahuilla culture, she was inducted into the National Women’s Hall of Fame in Seneca, NY, in 1993. She also received the Chancellor’s Medal from the University of California-Riverside, and an honorary doctorate from La Sierra University in Riverside.