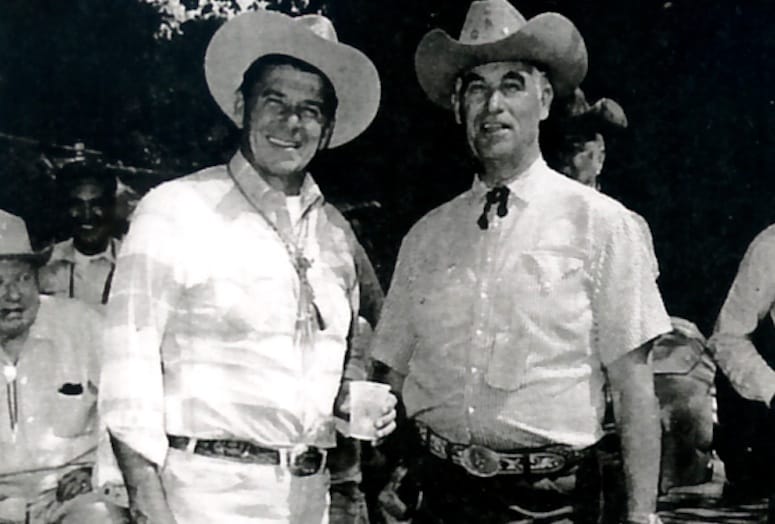 Reagan expressed his gratitude for the cordial reception given to the attendees of the conference by the citizens of Palm Springs. The four-day event was a post-election gathering, a celebration for the party’s success in the national elections. The conference provided an opportunity for the newly elected and the established Republican governors to discuss and plan a strategy for future federal-state relations.

House Minority leader, Congressman Gerald Ford, and Pat Buchanan, who crafted speeches for Richard Nixon throughout his presidential campaign, spoke during the workshop. Both speakers stressed the need for coordination and cooperation between the White House and the State Houses.

Buchanan spoke about his hope that the Republican governors may help to build a “New Majority” and win back the allegiance of hundreds of thousands of black Americans who were disillusioned in America.

The highlight of the conference was a promised visit by the President-elect Nixon, and his daughter, Tricia. Both the Reagans and the Nixons were the houseguests of Walter and Leonore Annenberg at Sunnylands.

A state dinner was held on the last day of the conference at the Holiday Inn Riviera. Les Brown and his Band of Renown provided the music for the evening, and Palm Springs residents Bob Hope and Dinah Shore entertained the distinguished guests.