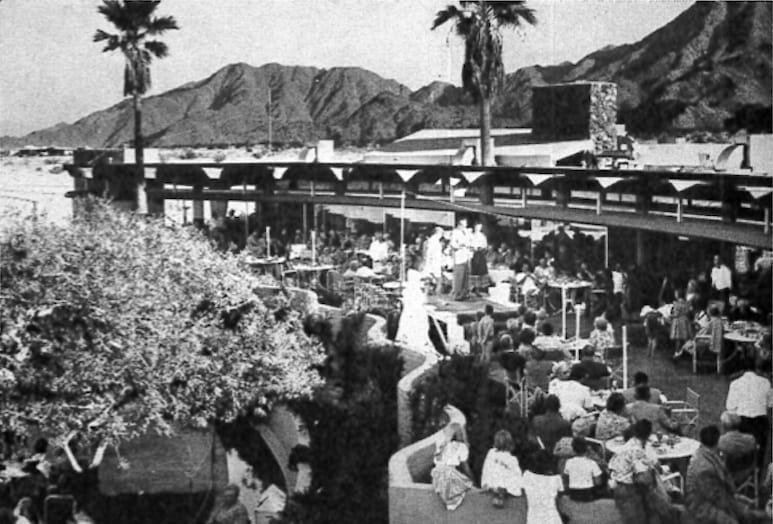 The Shadow Mountain Club became a sought after address where members could enjoy the desert lifestyle in a country club setting.

Seven years later, on July 1, 1953, a deal was struck between the members of the Shadow Mountain Club and Henderson, founder and president of Palm Desert Corp. and one of the founding fathers of Palm Desert. The deal allowed members to purchase shares of common stock to raise money for further development.

In a statement issued by Henderson, he stipulated the Palm Desert Development Corp. was a real estate organization that would retire from activity after the Shadow Mountain Club had been fully developed and sold to members. Prior to the transaction orchestrated by Harry O. Davis and known as the Davis Plan, the Palm Desert Development Corp. proposed to build a 90-acre residential community surrounding the Shadow Mountain Club.

Plans to build a large wall around the Shadow Mountain community, construct new roads and place utilities underground as well as a new hotel and choice parcels around the development were funded by selling shares of common stock to interested members.

The price of the land and buildings of the new proposed development was valued at $560,000. Both preferred and common shares were sold. Members who did not elect to participate in the ownership corporation were to continue their membership without prejudice.

After the project was completed, Henderson retired from the Palm Desert Corp. and became just another loyal member of the Shadow Mountain Club.