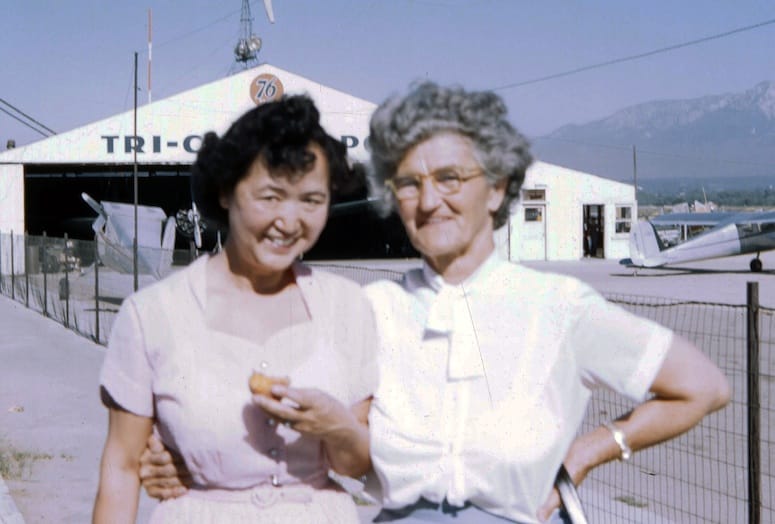 Zaddie Bunker arrived in Palm Springs in 1913 sporting denim coveralls and some knowledge of how to repair automobiles.

Zaddie and her husband, Ed, moved from San Jacinto and opened Bunker’s Garage in 1914. She got her first truck and immediately bought a mail route and began hauling tons of mail and freight from the Seven Springs train station into the village of Palm Springs.

She purchased land on Palm Canyon Drive, when it was called Main Street, and was responsible for many of the residential and downtown buildings including a motion picture theater being built. She was a woman that was well known to friends and family as having an adventurous spirit.

In this photograph, Zaddie R. Bunker, nicknamed the “Flying Grandmother,” prepared to take her first solo flight in August of 1951. She started her first flying lesson at the age of 62.

At 65, she won her wings, and at 71 she broke the sound barrier in an Air Force F100 Super Sabrejet. When her advanced age for a new pilot was brought up in conversations, Zaddie would quote Fred Smith, a test pilot with North American Airlines, who told her that no one is too old to learn to fly.