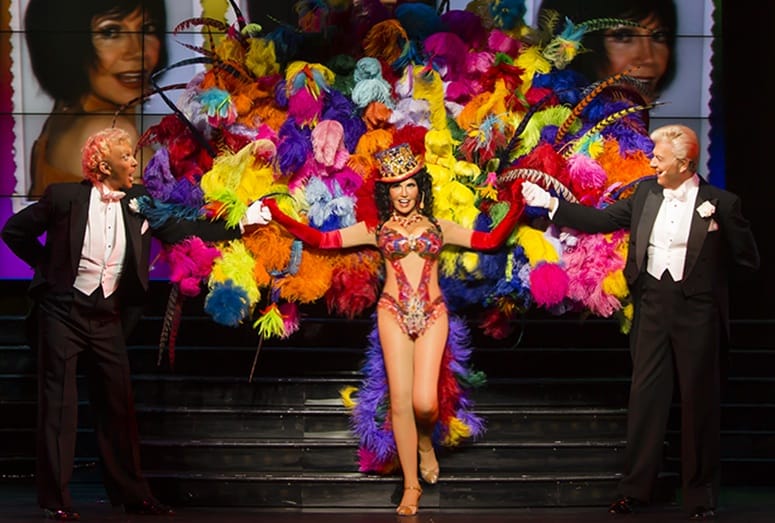 Before he became a performer in The Fabulous Palm Springs Follies, Randy Doney was sitting in the audience.

Doney moved to Palm Springs and like everyone else, felt compelled to check out the show everyone was talking about.

That was 15 years ago, and Doney, 74, is one of the long-standing 55-and-older cast members who will help the Follies bid farewell in its 23rd and final season, which begins Nov. 1 with special guest Susan Anton.

“You can’t help think it’s going to be the last hurrah,” Doney reflects as final rehearsals take place. “And yet you try not to get too emotional about it. I’m sure the closer it gets, the more emotional we’ll be.”

Leila Burgess was hired prior to Follies’ second season, and at 78 will complete her 22nd year on the show.

As cameras caught her reaction to what life will be like after the show, Burgess couldn’t help but think there had been a missed TV opportunity.

“The thing I’ll miss the most about the Follies is the comradery,” Burgess says. “The dressing room is unbelievable. If there was ever to be a reality show, it should have been in our dressing room.”

VIDEO: Catch a glimpse of the upcoming Follies show in rehearsal, and listen to cast members Leila Burgess and Randy Doney reflect on its impact.