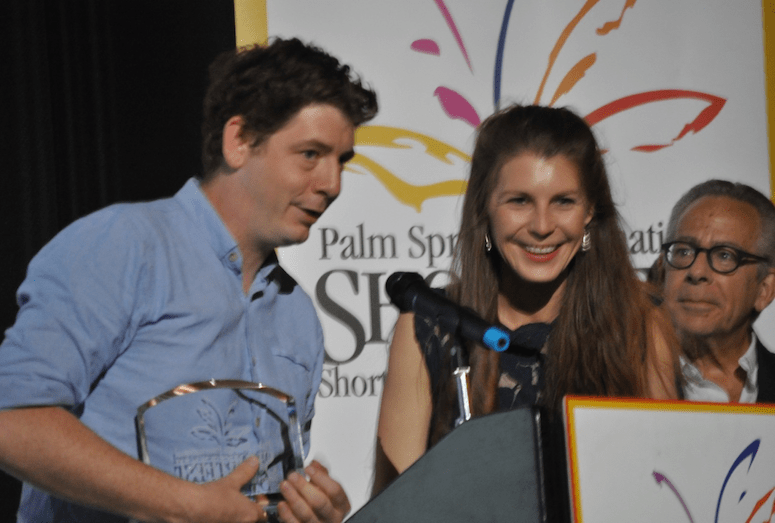 Facing Mecca captured a pair of awards, including Best of Festival, at the 2017 Palm Springs International ShortFest during the June 25 closing ceremony at the Camelot Theatres in Palm Springs.

Palm Springs ShortFest, the largest festival of its kind and featuring the only short film market in North America, screened 338 short films along with more than 4,200 filmmaker submissions available in the film market. More than $115,000 in prizes, including $20,000 in cash awards, were awarded in 21 categories.

“Filmmakers are making movies about the changing world around them. I think our award winners showcase an understanding and compassion for people, and it’s a great thing to see,” said festival director Lili Rodriguez.

The rest of the award winners are:

Winner received $5,000 cash prize courtesy of the Greater Palm Springs Convention & Visitors Bureau. The winner of this award may be eligible to submit their film to the Academy of Motion Picture Arts and Sciences for Oscar consideration.

Facing Mecca (Switzerland), Jan-Eric Mack
Pensioner Roli comes to Fareed’s assistance when the Syrian refugee is faced with a bewildering forest of Swiss bureaucracy before he can bury his Muslim wife.

The Head Vanishes (France/Canada), Franck Dion
Jacqueline, no longer quite in her right mind, still goes on her annual summer trip. This year, she’s followed by some woman who claims to be her daughter

The use of a camera package valued at $60,000 courtesy of Panavision.

All first place winners in the non-student categories received a cash award of $2,000 and may be eligible to submit their film to the Academy of Motion Picture Arts and Sciences for Oscar consideration. 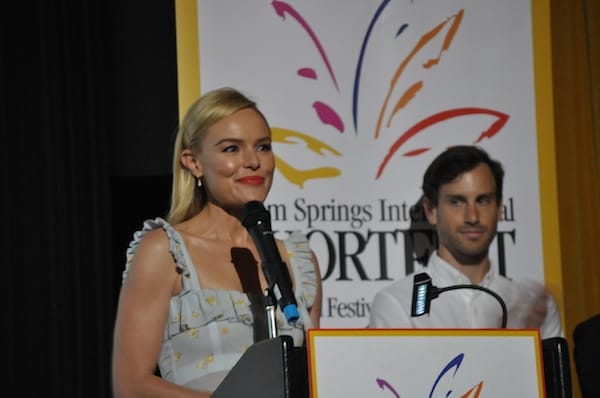 Retouch (Iran), Kaveh Mazaheri
Maryam’s husband does weightlifting at home. When a weight falls on his throat and puts him near death, Maryam makes a decision.

Edith + Eddie (USA), Laura Checkoway
Ninety-something Edith and Eddie are America’s oldest interracial newlyweds, whose unusual and idyllic love story is disrupted by a family feud that threatens to tear them apart.

Where You Found Refuge (France), Guillaume Legrand
After Didier finds his daughter living in a cult, he decides to bring her home by force.

All first place winners in these categories received a $500 cash prize.

Sog (Germany), Jonatan Schwenk
After a flood, the fish are stuck in trees, in danger of drying out. They scream sharply, disturbing the inhabitants of a nearby cave.

Special Jury Mention: I Made You, I Kill You (Romania/France), Alexandru Petru Badelita
In a remarkable cinematic diary, by turns touching and disturbing, Badelita looks back at his traumatic childhood growing up in rural Romania.

Red Light (Bulgaria/Croatia), Toma Waszarow
A bus stops at a village’s only intersection, where the traffic light is stuck on red. The driver refuses to move forward

Kayayo (Norway), Mari Bakke Riise
Elementary-school-age Bamunu works as a kayayo (a living shopping cart) at the markets in Accra thousands of miles from her village.

Lost Face (Australia/Canada), Sean Meehan
Based on a classic story by Jack London set in mid-1800s Alaska, a man makes a deal with a native chief in hopes to save his life. 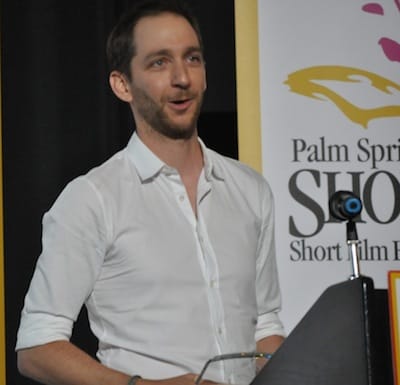 The Alexis Award is selected by the Festival’s programming team and was created in honor of Alexis Echavarria, whose talent as a budding filmmaker and gift for inspiring excellence among his fellow students were cut short suddenly in 2005 at age 16. The recipient received Final Cut Pro X courtesy of Apple.

Chebet (Kenya/USA), Tony Koros
A pregnant woman in the Kenyan highlands decides to take drastic action when she finds her husband passed out in front of their house yet again.

HP BRIDGING THE BORDERS AWARD
PRESENTED BY CINEMA WITHOUT BORDERS

The award goes to a film that is most successful in bringing and connecting the people of our world closer together. The winner received an HP ZBook 17 Mobile Workstation valued at $3,000.

Pantheon (France), Ange-Régis Hounkpatin
Son of a Beninese immigrant, cut off from his roots, Solomon is about to donate his deceased father’s Voodoo costume to a museum when a young street-dancer reminds him of the ancestral soul.

The winner received a $500 cash prize.

Everybody Else is Taken (New Zealand), Jessica Grace Smith
Meet Mika, a girl who refuses to let her gender define her place in one of the harshest environments on Earth-the play-ground.