Fariad Connects His Paintings to Outside World via YouTube 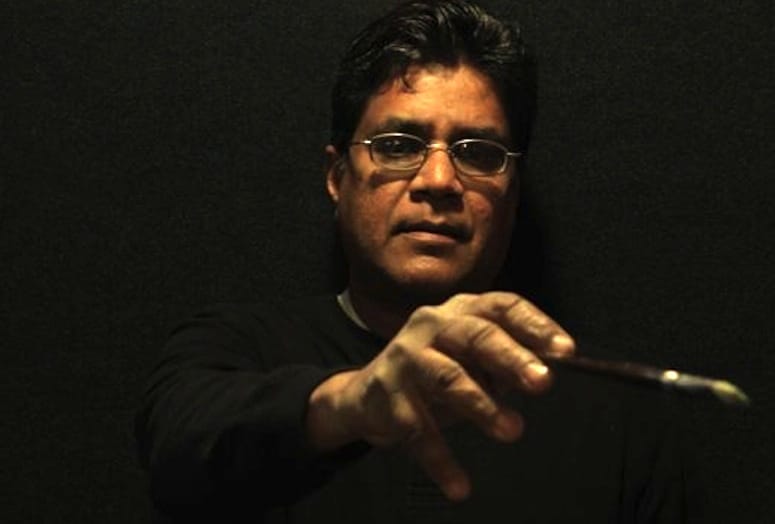 Imagine if YouTube existed to document Picasso, Van Gogh or Rembrandt at work.

For practically every painting he creates, artist Fariad (who goes by only one name) will set up a camera and film it. Then he adds original music and posts them on YouTube.

He has 93 video logs and counting, and they help him sell internationally.

Originally from the Caribbean now living in Oak Glen, Fariad will be the featured speaker at the Plein Air Festival, June 6-8, in Idyllwild. Friday night will be his lecture and demonstration.

Last year, Fariad won “Artist of the Year” and captured first place at Idyllwild’s Plein Air Festival. This year, he asked organizers to be the featured speaker. He and his wife, Jennifer Ali, participated in Idyllwild's Deer Project. Their deer (shown at left) depicts Idyllwild scenes to promote the community is open for business.

“I don’t need to see my name on a plaque every year. I’m hoping to inspire all of the artists before they head out,” Fariad says.

On June 7, participating plein air artists will set up their easels and paint Idyllwild’s mountain vistas from 10 a.m. to 4 p.m. Their finished pieces will be judged and shown to the public on Sunday.

Fariad believes that all artists should use YouTube to showcase their work.

“I love the guy who invented YouTube!” exclaims Fariad, who posts 1-2 art videos a week. “I hope to bring everyone watching them into my personal studio space, and feel the energy.”

Links to the videos can be accessed via his web site, www.wildlandimages.com

“Fariad told me that I was crazy not to use YouTube,” exclaims Shanna Robb, a stained glass artist from the Idyllwild Art Alliance.

Fariad now belongs to prestigious national art organizations, has won numerous awards and earns thousands of dollars per painting, but he came from humble beginnings.

He grew up in Trinidad, a Caribbean Island that borders Venezuela. At age 12, Fariad hosted his first solo show with 36 paintings depicting Trinidad’s beaches and rainforests. He then earned an art scholarship to Syracuse University in New York, but left after two years.

“What they were teaching me I already knew,” Fariad explains. “My teacher was getting ready for her first solo show, and I already had eight one-man shows in Trinidad.”

He attended other art schools, but claims that a year on the streets of LA was his best teacher.

“In America, people are civilized, and won’t tell you if they don’t like your work,” Fariad says. “But their eyes will tell you.”

For years, he sold ballpoint portraits and street scenes. Hollywood types have purchased his work, but he says he’s more impressed with the working class.

“When a homeless man hands me $20 to do a ballpoint portrait, then you know he really appreciates it,” Fariad says.

With a stroke of luck, a wealthy benefactor, who offered him a studio at the Parrish Ranch near Oak Glen, befriended Fariad in 1996. There he’s remained painting cowboys and the countryside.

“Here I am an East Indian from the Caribbean, and now I’m painting American cowboys for Harper Collins,” he laughs.