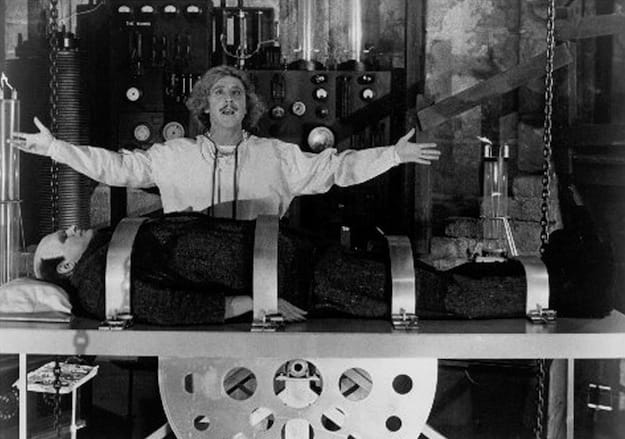 About 111 Girls follows a government official, his driver and a young guide across Iranian Kurdistan to stop 111 young Kurdish women from committing suicide in protest against conditions that have left them too old to marry.

The only place to see the movie is at the Palm Springs Art Museum's Annenberg Theater, which begins its free summer film schedule June 6 and runs through Sept. 19.

Every Thursday, patrons will be treated to a movie starting with foreign films for the first 10 weeks followed by five classic comedies for the last five weeks.

The free movie coincides with the art museum’s free admission on Thursdays from 4-8 p.m. Add in the Village Fest, and Thursday becomes a full evening of culture and entertainment.

“What we encourage people to do is if they are going to Village Fest, come to the museum first, park in our parking lot, walk around the museum, watch one of the films and then they still have time to experience Village Fest and all of that is free,” said Bob Bogard, director of marketing communications with the Palm Springs Art Museum.

Bogard said the art museum has been showing free screenings in its 433-seat theater for seven years. However, it’s only in the last few years that the foreign films began coming from the Global Film Initiative (GFI) and the comedies from the Palm Springs International Film Society.

GFI, which produces the Global Lens series of foreign films for distribution in the U.S., provides assistance, like funding, for the directors and producers from countries not normally associated with the film industry, according to Bogard. This year's 10 films originate from Iraq, China, Egypt, Mexico, Chile, Iran, Serbia, India, Brazil, and Kazakhstan,.

“They try to avoid the mainstream markets, and work with more unusual and up and coming areas,” Bogard said.

The art museum does it part to set the scene for the country featured in that night’s movie by playing appropriate music and offering the country’s food in the museum’s café.

“Quite often, these films are very gritty, and the characters are on the fringe of society, so you get a feel for what it’s really like to live in that country,” Bogard said.

The Film Society selects the comedies, usually by decade starting with the 1940s through the 1980s. This year's list includes Sullivan's Travels, Harvey, The Apartment, Young Frankenstein and Raising Arizona.

“That seems to really resonate with people,” Bogard said. “And they pick ones that you would normally not see on TV. The nice thing about this is even if people may have seen some of those films, they haven’t seen them on a big screen.”

Audience input is critical to the programming each year, Bogard said. This year they plan to solicit opinions with paper for those who attend a film in person and an electronic survey for its email distribution list.

For more information and a rundown of all 15 films, visit the Palm Springs Art Museum website.