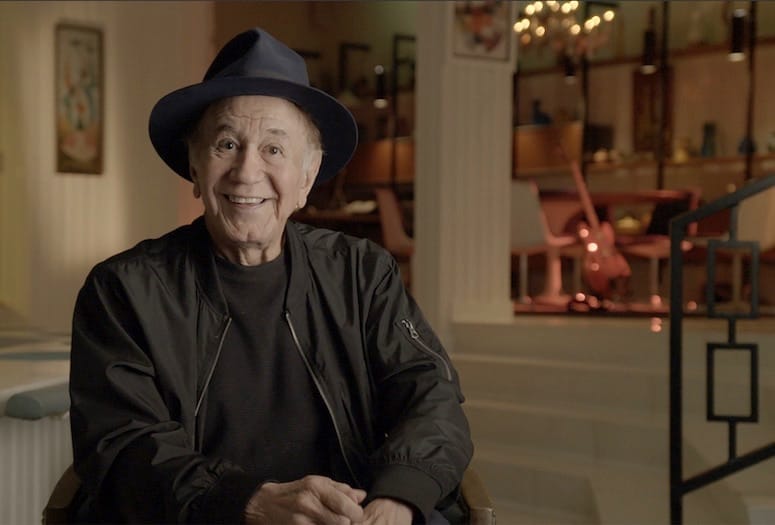 Trini Lopez, who passed away from Covid-19 complications in 2020, is profiled in the documentary, My Name is Lopez, which premieres March 25 in Palm Springs.
PHOTOGRAPHS COURTESY THE EBERSOLE-HUGHES COMPANY

Only in Palm Springs could a chance meeting at a taco party evolve into a documentary film.

Several years ago, the enterprising husband-and-wife team of Joan and Gary Gand, who front the Gand Band, hosted a birthday soiree for Joan. At one point, their next-door neighbor, singer Trini Lopez, was seated in the backyard next to their guests, P. David Ebersole and Todd Hughes, who were documentary filmmakers.

Gary Gand turned to the filmmakers and said: “You really should make a documentary about Trini.”

“We were all eating gourmet tacos,” recalls Joan Gand, “and I remember P. David and Todd looking over at us, saying, ‘Well, it’s good timing because we’re looking for our next project. We’d be interested. Do you want to produce it?’ Gary and I stared at each other, smiled, and immediately said, ‘Yes!’”

The ripple effects of that moment found the Gands morphing into documentary film producers and Ebersole and Hughes crafting a cinematic homage to Lopez’s life and career, a tale loaded with determination and twists of fate. 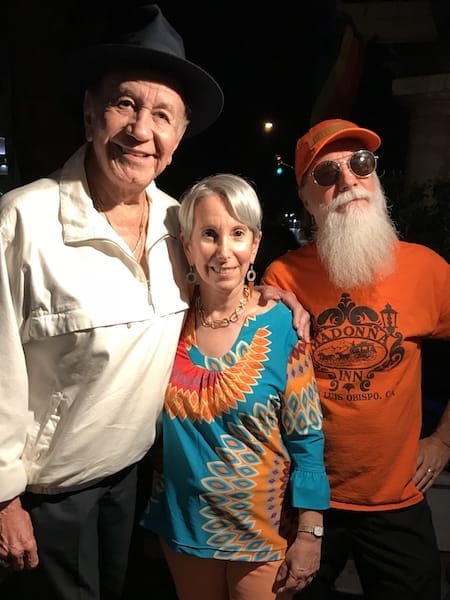 The result is My Name is Lopez, a new documentary premiering and opening the 10th Annual American Documentary and Animation Film Festival (AmDocs 2021) on March 25-27. The festival will offer more than 250 documentaries to screen virtually through April 4. Visit amdocfilmfest.com for ticket information.

Ebersole and Hughes are the same duo who produced House of Cardin on the famed designer Pierre Cardin, which premiered at the Palm Springs International Film Festival in 2020. This time, the compelling film chronicles the life and career of the late singer-guitarist-actor — and longtime Palm Springs resident — and captures Lopez’s last singing performance on stage during Modernism Week in 2019.

Lopez died of complications from coronavirus in August last year. He was 83.

There are plenty of creative ingredients to keep audiences intrigued here: the underdog who hits the big time; the quintessential artist whose music became revered across the globe; the all-around nice guy who always left an indelible impression.

Lopez, who often said he went from “the barrio to Beverly Hills,” was born of undocumented Mexican immigrants in a Dallas neighborhood called Little Mexico. He launched his own band when he was 15 and eventually moved to Los Angeles in the early 1960s.

Frank Sinatra happened to catch one of his performances at P.J.’s Night Club in West Hollywood and offered him a contract on Reprise Records, where Lopez recorded If I Had A Hammer. His upbeat spin on Pete Seeger’s song took it to No. 1 in nearly 40 countries. Sinatra would go on to mentor Lopez and through the years, dozens of other hits followed — La Bamba, This Land is Your Land (both in 1963), and Lemon Tree (1980) in particular — as did acting roles in The Dirty Dozen and Antonio.

The documentary does a nice job capturing these career highlights with interviews from Dionne Warwick, Steve Lawrence, Josh Agle (The artist Shag), and longtime companion/biographer Oralee Walker, among others. But it shines brightest whenever it showcases Trini the man, a warm-hearted spirit who touched many lives.

"The Grammys recently aired and I realized that there would be no Cardi B without Trini. He was the first Latino pop star to break the doors open for everybody else.” 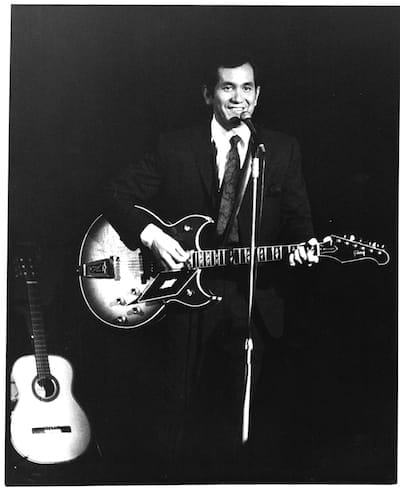 “We are living in trying times now with all the prejudice created by the media so it was important for us to create a movie about a heroic, inspirational person who, through thick and thin, kept a smile on his face, didn’t let things get him down and became an international star,” says Gary Gand.

Lopez’s last live performance at 2019’s Modernism Week certainly stands out in the documentary. With the Gand Band as a back-up — Lopez performed from time to time with his musical neighbors — it illuminates the singer’s unique ability to engage an audience.

“He was the consummate professional,” notes Joan Gand. “Before that concert, we rehearsed with Trini — but not too much. We wanted him to be fresh, on his toes, not knowing what to expect. He’s at his best that way. And he was incredible that night. We convinced him to sing If I Had A Hammer, which he had reservations about because he had sung that song a billion times, but he was electric. The audience was on fire. From the minute he hit the stage, the energy level was just incredible.”

VIDEO: View the trailer for the documentary, My Name is Lopez.

The film also shows Lopez singing La Bamba, a song, Joan Gand says, “is better known by Lopez in Europe and the rest of the world, than it is by Ritchie Valens. The crowd got up and danced. There were even conga lines.”

“We had to play the song again because people couldn’t get enough of it,” adds Gary Gand. “Billy Gibbons from ZZ Top came a long for the ride for that song, too. He and Trini really hit it off, Billy also being from Texas. Brian Ray [bass guitarist for Paul McCartney] was there and played as well.”

Gibbons, in fact, is expected to perform alongside Gary and Joan Gand at the documentary’s premiere on March 25. That performance will also feature Lopez accompanying the group “live” via big screen.

“A lot of documentary subjects end up in a terrible place, but Trini didn’t,” Gary Gand reflects of the film’s impact. “He navigated through the meat grinder of the entertainment business and all of the prejudice that was happening [in the 1960s]. It really opened up the doors for a lot of the stars we have now. The Grammys recently aired and I realized that there would be no Cardi B without Trini. He was the first Latino pop star to break the doors open for everybody else.”

My Name is Lopez, which premieres March 25 at Mary Pickford Theatres in Cathedral City, is sold out. You can stream the film during AMDocs 2021. Visit americandocumentaryfilmfestival.com. 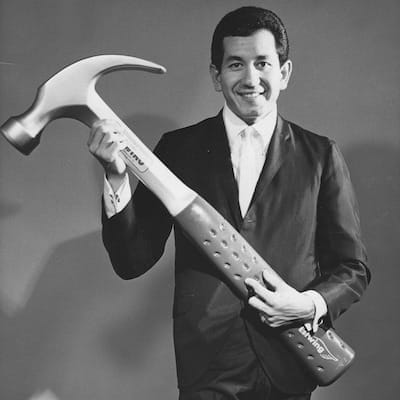 READ NEXT: Trini Lopez Resurrects His Career at Age 80.