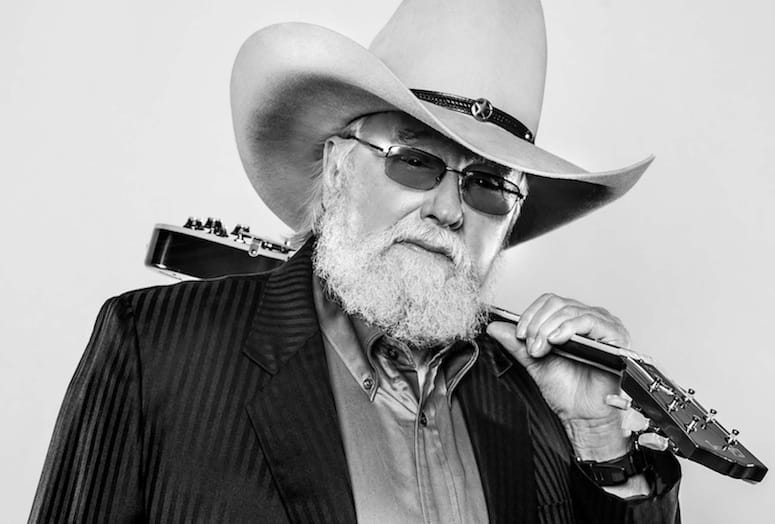 Charlie Daniels may be 80, but he still keeps a busy concert schedule.
PHOTOS COURTESY OF MORONGO CASINO RESORT SPA

Charlie Daniels can boil down his recent induction into the Country Music Hall of Fame in Nashville to one word.

“I’d say, ‘humility,’” admits Daniels, who also recently celebrated his 80th birthday in October. “I feel very humble about it. What dawned on me when I saw the plaque that was going to be put up on the wall and after they put that medallion around my neck, which is the symbol that you’ve actually been inducted into the Hall of Fame, was, ‘My gosh — I’m going to be hanging on a wall with Roy Acuff, Ernest Tubb, Hank Williams, George Jones, and Merle Haggard.’ I mean, they’re all my heroes — they’re the people whose shoulders I stand on, who blazed the trails for what I do. To even be considered worthy to be in that group of people, of being mentioned in the same breath and hanging on the same wall with them, is pretty overwhelming. It’s pretty humbling, I should say.”

The Charlie Daniels Band (a.k.a. the CDB) are bringing their special brand of down-home Southern stylings to the Morongo Casino Resort Spa in Cabazon on Dec. 9, where they will be picking and fiddling on classics like The Devil Went Down to Georgia, The Legend of Wooley Swamp, In America, and Still in Saigon.

Palm Springs Life recently got on the horn with Daniels to discuss his earliest memories of coming out to California, what “surprises” may be part of the CDB’s live set, and his feelings about onetime collaborator Bob Dylan being awarded the Nobel Prize in Literature.

You grew up in North Carolina. When was the very first time you came out to California?

Charlie Daniels: January 1959. Until then, I had never been west of the Mississippi River. The band was still called The Rockets at that time; it was right before we became The Jaguars. We were just a bunch of kids playing in the Washington, D.C. area, but there was a guy we knew who moved out here who came back to DC and said, ‘You guys have got to come to California. You’ll do really well out there. I’ll book you a series of one-nighters, and you’ll get out there and play.’

So we went out there, but we had a problem — we had two guys who were underage, and they got busted one night. Long story short, that cut down on the places we could play, so we had to play dinner clubs or places that didn’t serve alcohol at all. While our first trip to California was successful, we were unable to get out and show off like he wanted us to. 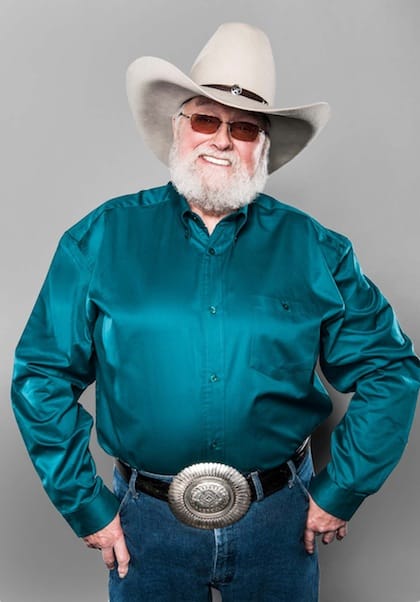 What was your impression of California, after having grown up in a very different world back east?
CD: Well, I had been in big cities, as far as that goes, but California was a whole other deal. I had never seen as many lanes on a highway before, or so many cars flying by. Once you hit that area, you understand that it’s a whole different lifestyle.

We mainly worked in and stayed in the Riverside area, and we played Barstow and all those desert towns around Mojave. Since we were driving out to the gigs every night, it was very obvious that this ain’t like the East Coast at all. These days, I still enjoy going anywhere, especially California!

Will your set at Morongo Casino represent the best of what Charlie Daniels does onstage?
CD: Oh yeah. We do change our set a little bit every year because we go back to a lot of the same places, and we do have some of the exact same songs in the exact same order. (laughs) There are a certain eight songs or so that will be included in every set we do, because that’s what people come to see. We always do The Devil Went Down to Georgia, of course, plus Long Haired Country Boy and The Legend of Wooley Swamp. We do the songs that people have heard on the radio, the ones they expect you to play.

And then we fill in around the edges. Uneasy Rider is not a regular part of our set, but we get requests for it. If we have time to do it, we’ll put it in. And we’ve got one place in the set where we can alternate about three different songs. We can do Saddle Tramp or Birmingham Blues or El Toreador, depending on who we’re playing for and what mood they’re in.

You played guitar and bass on Bob Dylan’s legendary 1969 Nashville Skyline album. Those had to be some very interesting sessions.
CD: I’m honored to be a part of Bob Dylan’s music, at any phase of his career. Fifty years from now — even 100 years from now — people will still be listening to Bob Dylan music. And, incidentally, they’ll be listening to Charlie Daniels playing guitar and bass on some of it. Write that in a history book! (laughs)

How do you feel about Dylan’s recent Nobel Prize accolade? 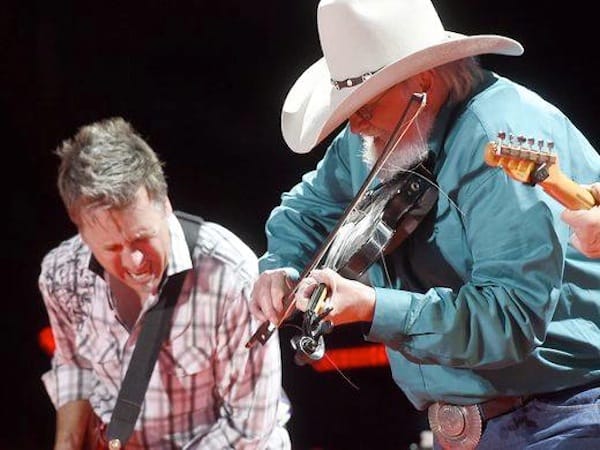 CD: I am so glad he won it. I think it’s great, and I think he deserves it. Nobody has a way with language like he does. I think his reticence to contact the judges, and that they had such difficulty ‘finding’ him, is so typically Dylan. Everything he does, he’s going to do a little bit different than anybody else.

I love Bob Dylan. I’ve seen so many pictures of him painted by people who don’t know him, and he’s a warm, sensitive, really nice guy. But he is going to do things the way Bob Dylan is going to do things — and he’s not going to be concerned with somebody else’s opinion on what he does. Who else in the world would get a Nobel Prize and not immediately pick up the phone and say, ‘I will be in Sweden when you want me’? Bob Dylan, that’s who! (laughs)