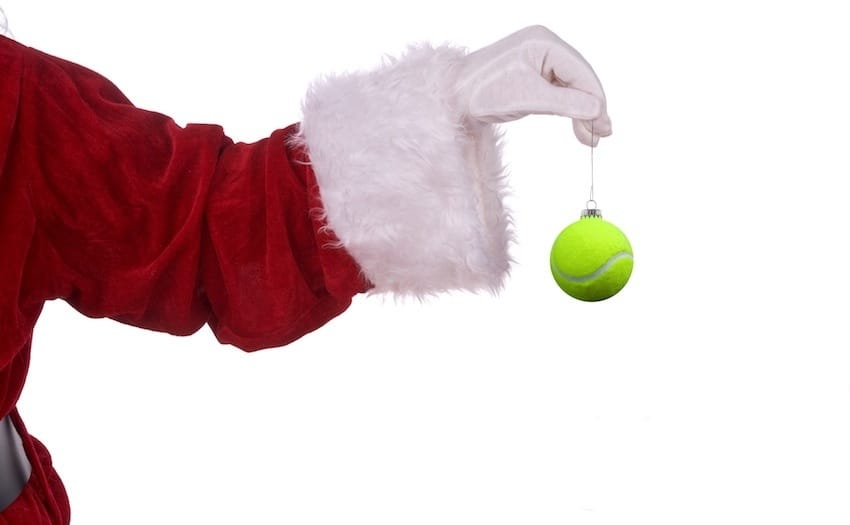 Whether you're a hardcourt player or hardcore fan, the holiday gift-giving season can mean shoring up your own game or having a chance to see how it's really done by the pros.

A sure holiday hit starts with the hottest-selling racquet. Mark Goldberg, a veteran tennis salesman at Pete Carlson's Golf and Tennis in Palm Desert, says the Babolat is the one everyone wants – maybe because it's the same one used by Rafael Nadal. ADVANTAGE, BNP: The hottest ticket in tennis is from March 7-20 at the BNP Paribas Open at the Indian Wells Tennis Garden. For two weeks, the best players in the world keep the stands packed and make reaching 500,000 fan mark realistic in 2016. Recent stadium improvements enhance the fan experience and bring new seat opportunities. On-site practice courts make for a greater chance to see the top players up close. For Coachella Valley residents, students, seniors, military and USTA members, an extra discount of 30 percent off on regular price Loge seats in Stadium 1 is available between March 9-17. Download the app to keep track of the action and find your car in the parking lot. Check out bnpparibasopen.com or call 800-999-1585. photo courtesy of luckY in Love

ACE APPAREL: Look to be "Lucky in Love" this season with skirts sporting multi-lengths from 12-to 15-inches ($64-74 at Pete Carlson's Golf and Tennis, Palm Desert). Amy Eirew, apparel buyer for Pete Carlson's Golf and Tennis, says both are hugely successful in the desert. "It's not just one line anymore," said Eirew."With Lucky in Love, Sofibella, Eleven (by Venus Williams) and Fila and Bolle', it plays into the population here that is active and mobile." COURT COOL: The Chilly Pad Cooling Towel by Frogg Toggs is for the player or fan. Two sizes made from hyper-evaporative material retains water while remaining dry to the touch. When wet, the towel begins to evaporate and cool. Re-wet to re-use. Machine washable, multiple colors, and NCAA teams. Froggtoggs.com, $12.95-19.95. SWEET SPOT:  Candy and gum, sweet or sour from tennis star Maria Sharapova,  a longtime sweet tooth who puts her "sweet spin on a smashing line of candy". Playful names adorn the bags and gift packages with a portion of sales benefitting the former world No. 1's charitable foundation. According to her Twitter account, a chocolate version will be added to the mix. Sugarpova.com, $4.99-$34.99. MATCH POINT: The first tennis-specific wearable device, Babolat POP wristband allows you to track your game, play time and practice sessions. Put the wristband on your dominant wrist, slide in the sensor to gather swing speed, shot type, spin and style. Compatible with any racquet. Tennis-warehouse.com, $89.95.