"Honky Tonk Laundry" Makes for a Whole Lot of Fun 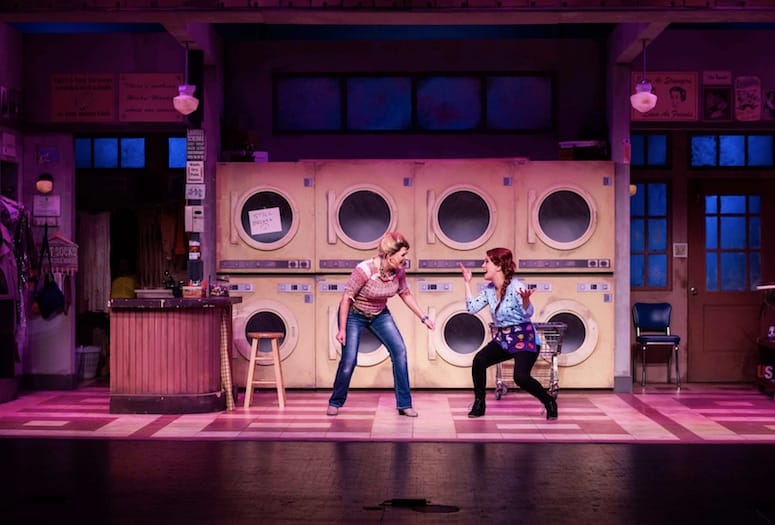 Lana Mae Hopkins (played by Bets Malone) and Katie Lane Murphy (played by Misty Cotton) put the fun in the production of Honky Tonk Laundry.
PHOTOGRAPHS BY DAVID A. LEE

I’m generally not a fan of jukebox musicals. The idea of taking existing pop songs out of context and then creating a story around them seems akin to taking van Gogh’s Starry Night, resizing it, and slapping it on an iPhone case. It just doesn’t seem right. (The Boy From Oz and Mamma Mia! are two notable exceptions.)

But Coyote StageWorks’ production of Honky Tonk Laundry, a musical featuring the best of country music old and new, really works. And it’s a whole lot of fun.

Written and directed by Roger Bean, this two-character show takes place in the Wishy-Washy Washateria, a laundry somewhere in the south. Lana Mae Hopkins (played by Bets Malone) has given up her dreams of being a country singer and is resigned to running the family’s washing business alongside her deadbeat husband, Earl, who never seems to be around to help. Katie Lane Murphy (played by Misty Cotton) is unlucky in love, perhaps a little nuts, and in need of a new job.

Lana Mae hires Katie Lane, and the two women get to know each other while doing the townsfolk’s laundry and belting out songs made famous by Loretta Lynn, Patsy Cline, Carrie Underwood, Reba McEntire, Tammy Wynette, and The Dixie Chicks, and others.

Taking a tip from Mickey and Judy, Katie Lane gets the idea to turn the laundry into a performance space so Lana Mae can realize her dreams. It also gives them an opportunity to expose their no-good cheating lovers, who naturally are “in attendance.” What ensues is a hilarious Hee Haw–like variety show featuring more great tunes and plenty of humor.

Both actors are exceptional and possess powerful voices. In the role of all-knowing Lana Mae Hopkins, Bets Malone brings sophistication to this small-town gal with big dreams. As the slightly unhinged Katie Lane Murphy, Misty Cotton earns lots of laughs, especially once she starts mixing her pills and booze. Together, Malone and Cotton are an unbeatable team: explosive, energetic, and in sync at every step.

Every aspect of the production is top notch, from the set by Tom Buderwitz to the lighting by Moira Wilke-Whitaker and the fabulously over-the-top wig crafting by Perry Steele Patton and Vanessa Velarde. James Vasquez’s choreography is inventive and fun, as are the costumes by Renetta Lloyd with support from wardrobe master Frank Cazares. 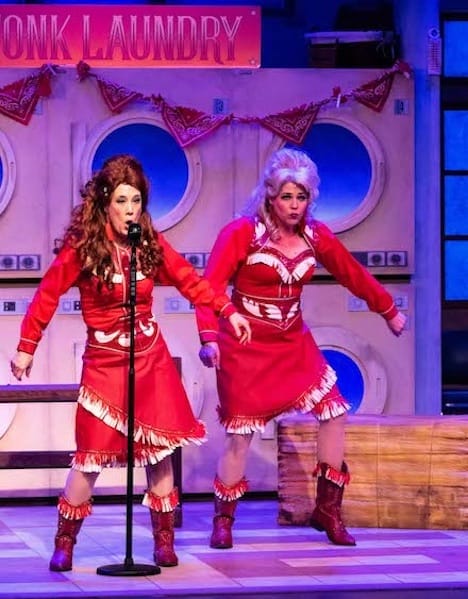 Even if you’re not a fan of country music, Honky Tonk Laundry will keep you laughing and happily tapping your foot. Recommended.