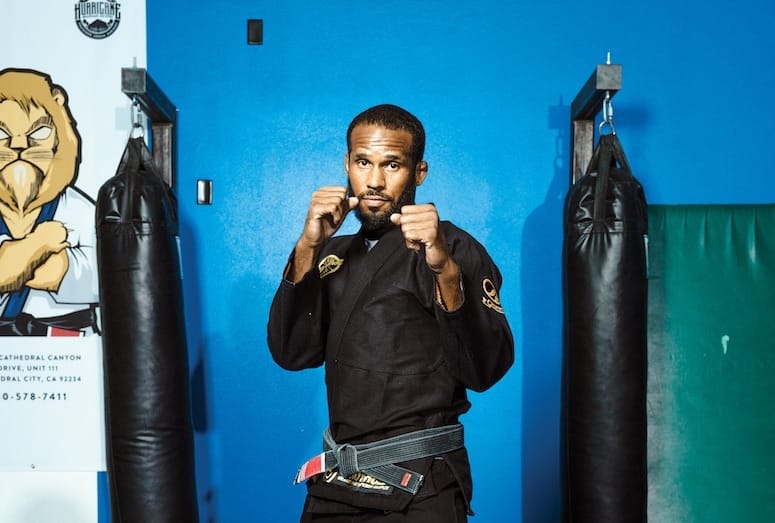 Joshua Dubinsky began jiu-jitsu during his senior year of high school, and hasn't stopped since.
PHOTOGRAPHY BY NATE ABBOTT

Joshua Dubinsky, a black-belt jiu-jitsu instructor who has called Cathedral City home for more than 30 years, empowers pupils in self-defense and self-esteem at his martial arts academy, Hurricane Brazilian Jiu-Jitsu.

What did you enjoy about growing up in the desert?

My dad moved us here for a job opportunity when I was in third grade. My family landed on a good block. I made a great group of friends. We played street hockey and rode bikes. I actually went to the Boys and Girls Club when I was younger. They had a pool table, so it was a cool place to hang out. I went back years later and worked there throughout high school.

I was pulled into a jiu-jitsu class during my senior year of high school. I was blown away by how a physically smaller person could dominate me. I had played soccer and football. I was pretty strong, but these smaller guys were just running circles around me. One day, I totally got my butt kicked. In bed that night, I tried to analyze what had happened. I continued training and have been ever since that day.

What do you teach at your academy?

I opened my academy about six years ago. We teach basic self-defense to anyone who wants to build a better “you” — on or off the mat. It gives students the tools to deal with the stress of life and teaches them how to have a clear mind and body. It’s a place where people take ownership of their lives.

What are the misconceptions about what you do?

Some people hear “jiu-jitsu” and they think right away that you’re an anime fighter. They think they’re going to come here and get thrown around and beaten up, but that’s the exact opposite of what happens. When I started, the training was more rough and tough. There were more broken noses and fingers. There weren’t many kids or women training, but the methods have evolved, and there are a lot of women and children in the classes now. 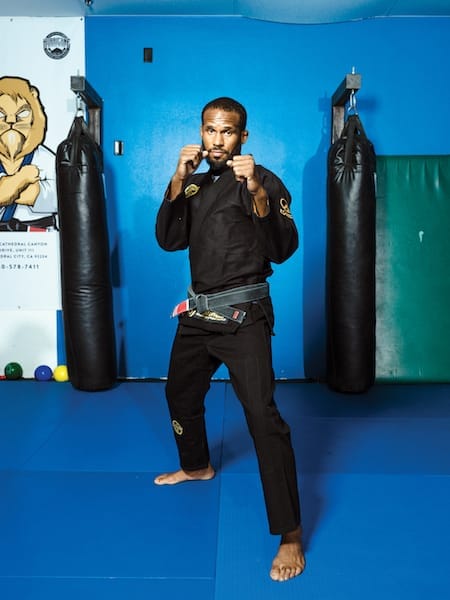 Do your three children take your classes?

Yeah, all my kids are training, but I’m not forcing it on them. I don’t have them train every day. They take breaks and we hang out. It’s important to be able to defend yourself, and they need to experience all the advantages that come from training, such as building self-confidence. They can now assert themselves if someone tries to push them around.

Be aware. When you’re walking alone, don’t be looking down at your phone. Get a feel for people and their energy. There’s no substitute for coming into a class. You exchange energies when you’re on the mat because you’re so close. You can read people and get a feel for them.

I love Pollo Dokys. It’s a family-owned Peruvian restaurant in Cathedral City. They have this amazing dish called lomo saltado. It’s filet mignon mixed with peppers, onions, and rice served with a green salsa. I train two or three times a day, so it’s something that’s healthy and clean that gives me the carbs and proteins I need, plus it’s packed full of flavor.

• READ NEXT: The Living Desert Will Open New Rhino Savanna Habitat in November.