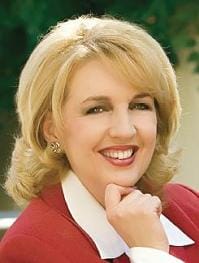 Pat Riley has the art of aging gracefully down to a science.

Young people seldom think seriously about aging. But Pat Riley — who grew up wondering why all retirees in her native South Florida aged so differently — has made a career of it. “I work with scientists from around the world to bring out things that nobody in the world has,” says Riley, who holds the patent for sacred lotus seed extract, a key ingredient in her company’s Clientele line of skin-care products.

Riley, a University of Florida honors graduate in nutrition and food science, was funding research at UCLA on protein-repairing enzymes in the mid-’90s when a botanist there obtained three lotus seeds from China that carbon-dated to a jaw-dropping 1,288 years old. When planted, the seeds grew, and “I wondered what would the lotus do on skin,” Riley says. “The results were so astounding, the dermatologists couldn’t believe it.” Lotus seed extract decreased the appearance of wrinkles by 50 percent in four weeks and left skin looking dramatically more radiant.

A few years later — after forming Clientele and MDR, companies that develop anti-aging nutrients — she accepted the Jacqueline Kennedy Award for significant contribution to the field of aging, nutrition, and skin care.

In addition to operating a 200-employee manufacturing laboratory in Miami Beach, Riley — who lives part of the year in Palm Desert — collaborates globally with scientists and doctors. “Doctors come to me with technology, and I bring it out to the public,” she says.

Her company sells 130 products to doctors and the public through her Web sites (www.clientelebeauty.com and www.mdr.com), at Nordstrom stores, and through QVC TV. She appears regularly on QVC in the United States and England and sits on the $6 billion company’s vendor advisory board.

In fact, Riley was spending so much time at QVC headquarters in Pennsylvania that she purchased a home in Westchester, which she describes as very colonial. “You feel like George Washington is going to come up the street — or Paul Revere,” she says.

She purchased her Palm Desert home 20 years ago after meeting the late Chuck Connors on an airplane and becoming friends with the actor.

“The first party [he took me to] was a New Year’s Eve party at the Sinatra house,” she recalls. “I was standing there with Gregory Peck, Clint Eastwood, and Chuck Connors and I thought I had died and gone to heaven.” Through Connors, she befriended Frank and Barbara Sinatra and has since attended the Sinatra invitational golf tournament every year.

[…] This article continues in the June 2006 issue, or subscribe to avoid missing future issues!