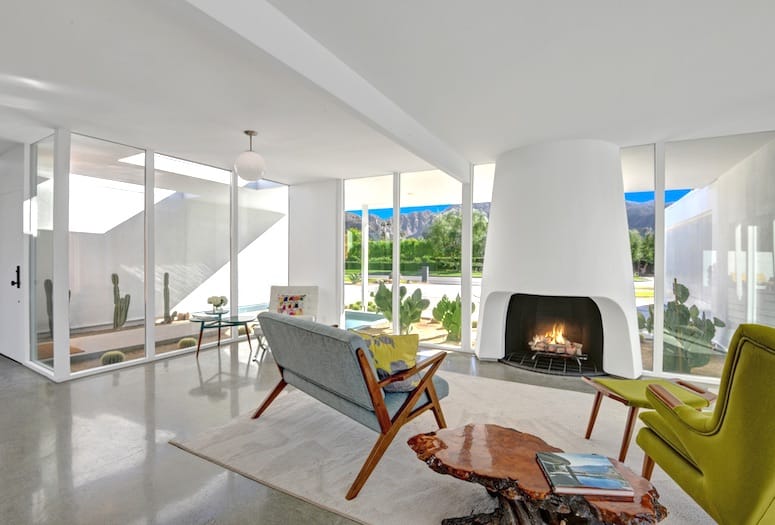 "Located in the living room, this stunning and unusual fireplace is flanked by triangulated windows and serves as the only organic shape in an otherwise linear dominated structure," says Jessy Moss. Moss and Steve Jocz, who owned the property from 2017 until March 2019, oversaw an ambitious, sensitive restoration of the home.
PHOTOGRAPH BY JAMES BUTCHART

There are numerous events and tours during Modernism Week’s October and February events that have proven to be visitor favorites. But equally exciting are the events which shine a spotlight on homes that have been rediscovered, along with their fascinating, untold stories.

In October, a limited number of lucky Modernism Week Fall Preview attendees will be able to tour a home designed by William F. Cody that will receive landmark designation by the Indian Wells Historic Preservation Foundation that same month. Built in 1961 and fastidiously restored, The Fillmore Crank-Beverly Garland House was recently discovered to be part of Desert Bel-Air Estates, a neighborhood of 107 lots that was created by real estate developer Fillmore Crank and builder Robert “Bob” C. Higgins, with Cody as the architect.

• See related story: A visitor to the Palm Springs area could devise a tour solely of signature destinations designed by Cody. 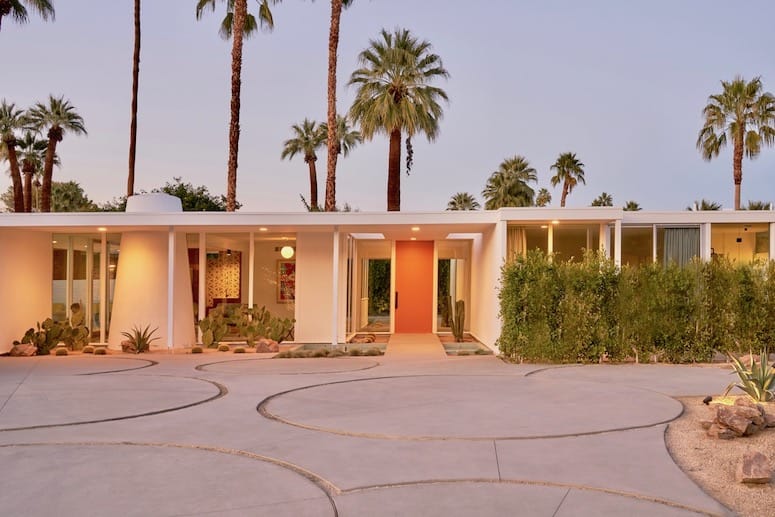 Setback from street, the exterior is distinguished by circular concrete pads on the driveway and an entry reflecting pond. On October 17, a tour of the property will be part of the Modernism Week Fall Preview event, "Celebrate William Cody, Desert Bel-Air Estates, and Indian Wells Historic Landmark."

According to Linda Blank – organizer of the home's Modernism Week event and advisory committee chair of the Indian Wells Historic Preservation Foundation – Higgins was both a friend of Cody and a well-respected master builder whose work includes Cody’s L’Horizon Hotel (1952) and the 1955 Alan Ladd residence designed by Donald Wexler, both in Palm Springs. Garland, who was married to Crank, is remembered for an acting career that spanned more than 50 years. Among her well-known television roles, she played Fred MacMurray’s second wife on My Three Sons and had a recurring role on 7th Heaven.

Blank notes that a favorite marketing strategy for Desert Bel-Air Estates – an example can be found in the April 10, 1965 edition of The Desert Sun – cites the development as a "$100,000 location… opposite Eldorado Country Club [for] $39,900.” She adds that researchers are continuing to try and identify Cody-designed homes in Desert Bel-Air Estates in the hopes that the area will be considered for an historic district designation in 2020. 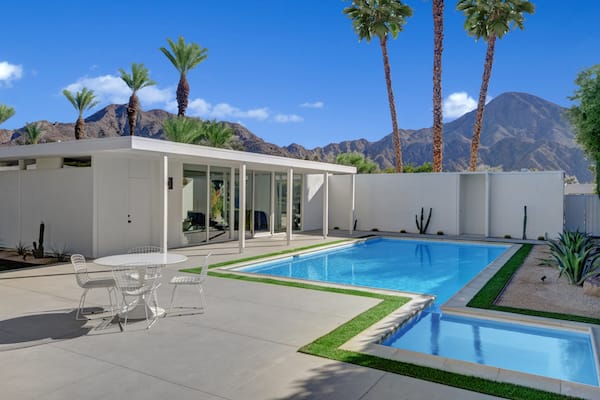 The home has beautiful views of the Santa Rosa Mountains. Support posts that had been sheathed in small, blue square tiles have been restored to their sleek simplicity.

Jessy Moss and Steve Jocz owned the Crank-Garland home from 2017 until March 2019. Advertised as a teardown when they purchased it, the couple was undeterred and envisioned what the house could become again as they embarked on an ambitious restoration. They worked closely with the city of Indian Wells to ensure compliance with code while staying true to Cody’s original intentions.

When Moss and Jocz acquired the house, it had copper plumbing strapped to exterior walls, old satellite dishes, external gas plumbing, cables hanging from the fascia, an eyesore air conditioner combo unit on the roof, obscured clerestory windows, and other insensitive modifications. "Once the jumble was undone, the home’s clean lines were resuscitated and further enhanced by polished concrete flooring throughout," says Blank. "Now the generous setback from the street further empowers the breathtaking views. In addition, the carport had been converted to living space and now is reverted back to its intended purpose as a garage."

The residence has three bedrooms and three bathrooms in 2,025 square feet and sits on a quarter-acre lot. Setback from the street, the exterior is distinguished by circular concrete pads and an entry-reflecting pond. Indoors, the layout has two distinct wings, one for entertaining and the other with living quarters, connected by a glass passageway.

The open design features expansive walls of glass offering spectacular views of the Santa Rosa Mountains. "The roof plane appears to float above the interior and exterior spaces bisected by glazing that seems to defy gravity," says Moss. "This illusion is supported by the glazing utilizing the original wooden stops in favor of aluminum frames." 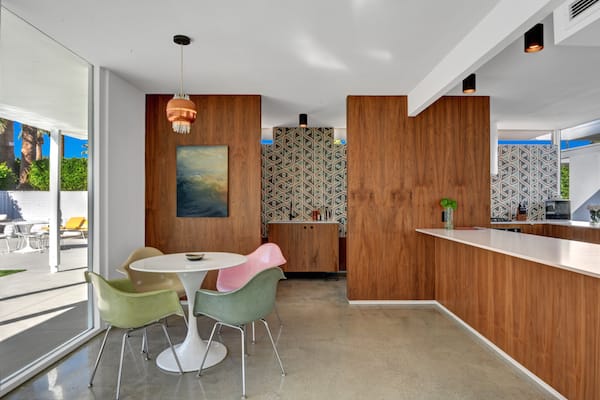 Moss and Jocz's efforts encompassed sourcing period-appropriate elements like Heath Ceramics tile for the Jack and Jill bathroom, Ann Sacks tile in the master bathroom, and the kitchen backsplash shown here—Moss specified all the pigments—that was custom made in Mexico City. The custom casework/cabinets are by Dan Eckstrom, a local craftsman.

In the backyard, support posts that had been sheathed in small, blue square tiles have been restored to their sleek simplicity. Current homeowner, Karlyn Neel, has added stylish, new outdoor furnishings, a fire pit, and other enhancements like architectural landscaping. For the home's October dedication as Indian Wells Historic Preservation Foundation's Historic Landmark No. 4, Neel will unveil a bronze plaque mounted on a boulder that will be placed near the property's front curb so passersby and visitors can continue to celebrate Cody and this rediscovered masterpiece