The Sabarlé Ke, 12 colorful towers by artist Francis Kéré, rise up to 60 feet in height, the colorful shapes are filled with light displays which provided much needed shade for concert goers at the Coachella Valley Music and Arts Festival at the Empire Polo Grounds.
PHOTOGRAPHS BY CHRIS MILLER/IMAGINE IMAGERY

Whether you cruise through the Coachella Valley on Interstate 10 or Highway 111, all roads lead to Indio, which was a midpoint for the Southern Pacific Railroad as a water stop in 1876, when the city was founded. Today, the “City of Festivals™” welcomes business and manufacturing and boasts an incredible mix of arts and culture.

Mayor Lupe Ramos Amith, who has spent her entire life in Indio and is serving her third term in the rotating mayoral position, credits the city’s resurgence to residents and a City Council and staff who recognize the need to preserve the city’s past while moving into the future. “As we move forward, we know we have to make sure that the opportunities for education, work, housing are all available to help keep our youth here and to be able to keep our business community thriving by providing the educated workers that they need, too,” Ramos Amith said.

Over the past several years, Indio has seen educational opportunities increase with the College of the Desert’s East Valley Campus opening with capacity enrollment in 2014, as well as new primary and secondary schools to serve the city’s growing population. The city is also home to the California Desert Trial Academy College of Law.

There has also been progress in economic development, particularly in the northern areas of the city surrounding Interstate 10, where a variety of businesses — from the I-10 Auto Mall to shopping centers with nationally recognized stores to hotels, dining, and industrial manufacturing — providing jobs and access to quality goods and services.

For Stan Rothbart, founder of Rothbart Development, the area surrounding I-10 and the Monroe Street exit, has one of the most dynamic concepts for growth in the Coachella Valley. Rothbart has developed a number of commercial complexes in the valley — including the Walmart/Sam’s Club/Kohl’s center at I-10 and Monterey Avenue. He noted that in the course of a year more than 27 million vehicles pass by The Palms shopping center that his company owns. He says that property and an additional 14-acre lot he bought have the potential to be a destination shopping center, especially when the 12-screen Maya Cinemas are built in 2020. It will also include an urgent care center and health-related services such as dental care and a fitness club, as well as fast food and casual dining options. The Palms also includes the Hampton Inn and Sun Community Federal Credit Union, as well as anchors such as Walmart.

“We are heavily focused on the entertainment, food and essential services aspect because that’s what we see for the future,” Rothbart says. “We’re even looking at some sort of recreational aspect for kids so that The Palms becomes a place where the whole family has something to do.”

The College of the Desert is expanding its East Valley Campus in Downtown Indio by constructing a new 67,000 sq. ft. building that will serve an additional 5,000 students..

Orange County-based Red Mountain Group has also invested in Indio with its purchase of the Indio Towne Center at the Jackson Street exit on I-10. The center features the new Burlington store, Home Depot, and 24-Hour Fitness.

Maggie Montez, principal at Lee & Associates in Palm Desert and a commercial real estate agent, says Indio’s planned growth is a prime example of a city making great strides to fulfill its potential for all segments of its population. “Indio has always offered cooperative support to businesses that want to come into the city,” says Montez, who has sold and marketed major retail developments across the Coachella Valley since 1988. “Most developers or nationally recognized companies that express interest in the city have already done their research and have determined if an audience exists to support their products.

Add in Indio’s city services and events like the Coachella Valley Music and Arts Festival, Stagecoach California’s Country Music Festival, Indio International Tamale Festival, and Southwest Arts Festival Indio that each bring thousands of visitors to the city, “and they can see the advantage of these freeway locations,” Montez notes.

While the north end of the city is booming, the city’s traditional Highway 111 business corridor is also thriving, says Carl S. Morgan, Director of Economic Development, and Kevin Snyder, Director of Community Development.

The Indio Grand Marketplace, in development by Haagen Company, which owns the Empire Polo Grounds, is already making an impact on the downtown business corridor, Morgan says. While the multi-use retail, entertainment and housing complex is going through finalization for how it will integrate into the heart of the city, the owners have cleaned up and brightened the sight so that it adds vitality to the city. “It’s the advantage of working with a company that knows the city and wants to be here.”

The three-year-long Highway 111 Corridor project is now finished, and opportunity zones have been established throughout the corridor and the city. “We want to create an opportunity to spur development,” while retaining established business such as the Madison Street Produce stand that has operated at the business corner of Madison and Highway 111 since 2000, Morgan says.

Snyder, who oversees the city’s Planning and Building Department, notes that developers like working with the city because of its policy of transparency. “We do our best to let them know exactly what to expect as they go through plan check to avoid delays or unexpected costs,” he says. 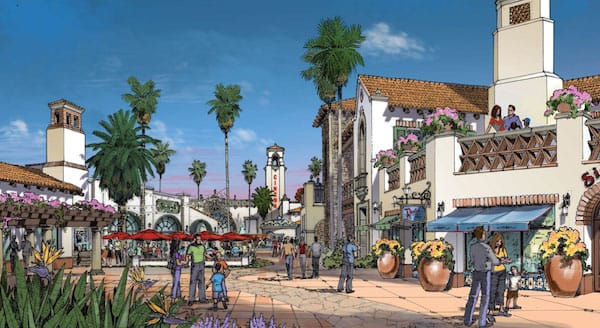 Located at the corner of Monroe Street and Highway 111, the former Indio Fashion Mall will transform into the Indio Grand Marketplace with first-class retail, restaurants, entertainment, and residential and hotel uses.

Noting that a project such as the Indio Grand Market Place can take several years to get in the ground, “We like to do everything we can in the planning stages so that the project runs smoothly.” 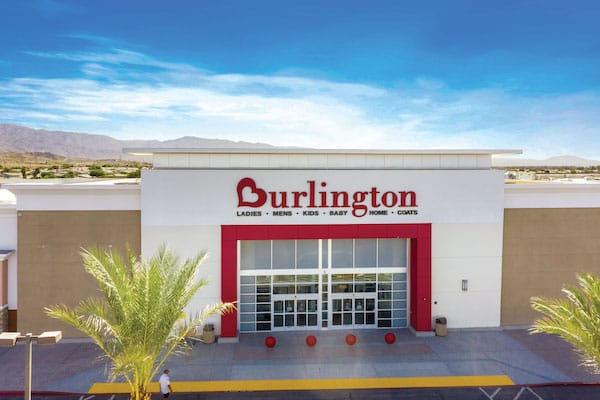 The Indio Towne Center at Jackson Street and exit on I-10 features the new Burlington store,  Home Depot, and 24-Hour Fitness.

City Manager Mark Scott, who keeps the community informed with his monthly column on the city’s website (indio.org), published the 2019/20 City of Indio Work Plan in June that includes a list of city projects, businesses coming into the city and updates that included information on everything from the proposed Master Plan 2040, completion of the 10-year General Fund Financial Model, a new train station, a public safety campus to incorporate new Jackson Street police and fire facilities, and new businesses such as the El Super market, which moved into the building formerly occupied by Kmart.

Looking further into the future, Scott is looking to add into the city’s plans efforts to add more parks and recreation services in Indio, building off of the success that he hopes will enhance the city coffers. Perhaps nothing gets more attention these days than efforts to revitalize Indio’s truly authentic and historic Downtown. This initiative has been given life by the investments by College of the Desert, Loma Linda University Children’s Health, the Indio Performing Arts Center, the California Desert Trial Academy College of Law, and the Coachella Valley History Museum. The city is actively pursuing private commercial development of multi-family housing, retail, restaurant and hospitality uses, and more special events aimed at making Indio’s Downtown truly a gathering place “owned by the entire community.”