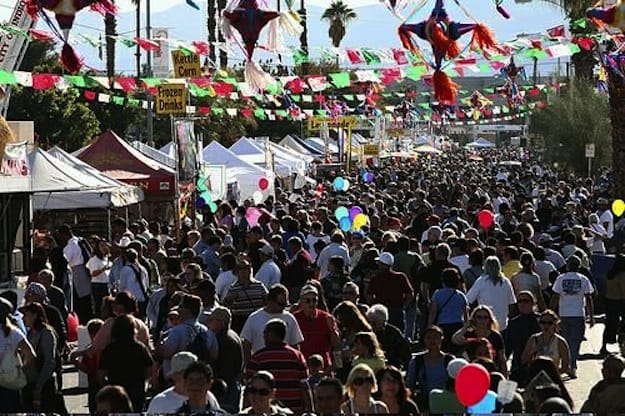 His parents are now in their 80s and retired from running the Indio restaurant.

But when the Indio International Tamale Festival rolls around, Prudencio Flores Jr. watches his dad, Prudencio Sr., and mom, Estella, return to the kitchen to help prepare more than 8,000 tamales for the two-day festival, running this Saturday and Sunday, Dec. 1-2.

The Flores, who opened Rincon Norteño in 1964, were there at the beginnings of the tamale festival in 1992 when Dave Hernandez, a member of the Downtown Indio Merchants Association, created the concept. Over the years, the festival has grown from just a few vendors to more than 60, attended by more than 100,000 people over the two days and is ranked among the top 10 "All-American Food Festivals" nationally by the Food Network.

"It was nothing like it is now," said Prudencio Jr. , the youngest of the five Flores children now involved with the restaurant. "What it boils down to is generations and generations of families bringing out their old family recipes and making their tamales."

Prudencio Jr. said the tamales sold by Rincon Norteño reflect his parents' recipe that sells out every year. The largest load was 10,000 tamales in 2006.

"We're fortunate to have a good customer base who have known us for years," said Prudencio Jr.

Jim Curtis, who has served Indio as special events manager for the tamale festival the last nine years, agreed the event is all about the food.

"We have different types of tamales from all over the area," Curtis said, noting there is a tamale eating contest and a Best Tamale contest. Jakalope Ranch has captured the Best Tamale trophy for the past two years.

Perhaps the most famous tamale maker is Grandma Lupe. Now 80, she only makes her infamous tamales for the festival and sells upwards of 20,000, according to Curtis. Wait lines are often 2 to 2.5 hours long.

But if you're interested in other types of food, there is barbecue, tacos, burritos, hot dogs and roasted corn to name a few.