Jane Fonda in Her 80s: “I Have Never Been Happier.” 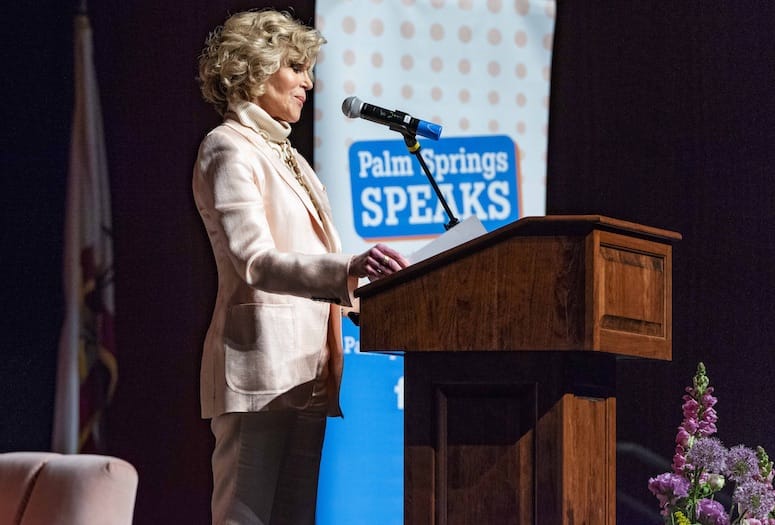 Jane Fonda: “I’m losing my eyesight but I’m getting my insight!”
PHOTOGRAPHS BY DAVID A. LEE

Good posture and attitude are the two most important tools in healthy aging, according to actress Jane Fonda. She should know. At 81 she says, “I have never been happier.”

She recently appeared at the Richards Center for the Arts as part of the Palm Springs Speaks series by the Friends of the Palm Springs Public Library and the Palm Springs Cultural Center. The audience’s anticipation to hear and see this show business legend and social activist was palpable. She received a standing ovation even before she uttered her first words.

The multi-hyphenate is a force of nature. She’s an actress with two Oscars, three Golden Globes, recipient of the AFI Lifetime Achievement Award (among others); she’s a television and film producer, author of seven books, has countless film credits, and her Jane Fonda’s Workout video remains the top grossing VHS home video of all time. 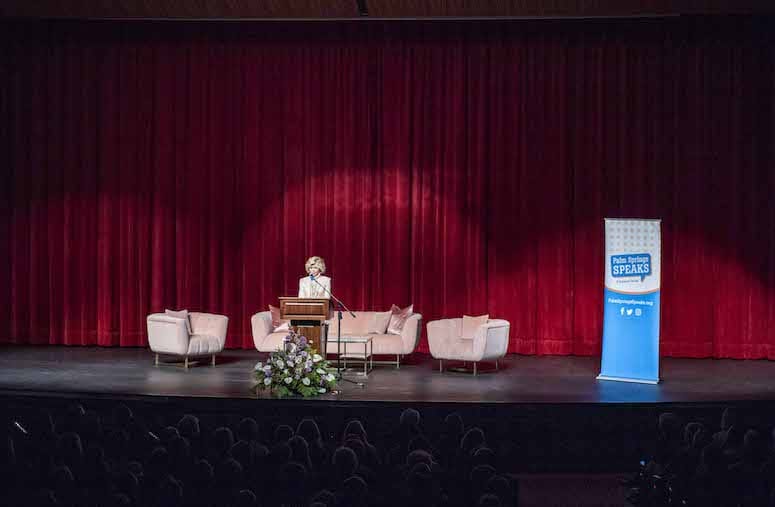 The Road to Empowerment

She came prepared to make a spirited case for the power of reinvention and offered an inspiring meditation on aging. Who better than Fonda to be the poster child for both? She has the physique of a 20-something. Even the challenge of aging brings out her self-deprecating humor. As she looked down at her notes, she joked: “I’m losing my eyesight but I’m getting my insight!”

But she deals with painful and thorny issues in her own life with aplomb and a sense of humor.

“December 20, 1996 was the most important day of my life. Suddenly it hit me ‘Tomorrow I’m going to be 59! This is my third act.’” And so with her 60th birthday looming, she began what she calls a “life review.”

Taking stock of her life brought the realization and pain of knowing that moving forward to make the third phase of her life meaningful, meant she had to move on from Ted Turner, her husband at the time. They divorced in 2001 after 20 years together. “It took me two years to do that.”

She also realized that up to that point in her life, she had been influenced and defined by everyone else which left her with feelings of inadequacy and unworthy of love. She alluded to the difficult relationship she had with her father, Henry Fonda, and the lack of love she felt from her mother, Frances. Fonda later learned her mother had been abused as a child and with that she was able to understand why her mother was so distant.

This life experience engendered in Fonda a passion about young people and the struggles they experience in their development. She talked extensively about the societal pressures on young girls and young boys and the challenge of coming into their own. She believes girls lose their “voices” at puberty and may never regain their power. She has enormous empathy for young boys because of the difficulty in finding a balance between being tough and compassionate. 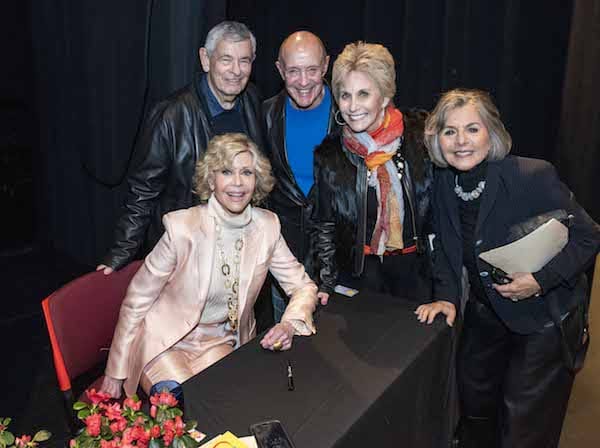 Fonda has a nonprofit that focuses on educating and empowering young people. The Georgia Campaign for Adolescent Power & Potential works to lower the teen pregnancy rate in the state of Georgia and improve the overall health and well being of young people. Each audience member who attended her talk received a copy of her book that deals directly with teen issues, Being a Teen: Everything Teen Girls & Boys Should Know about Relationships, Sex, Love, Health, Identity & More.

She also has another nonprofit, the Women’s Media Center, she co-founded with Gloria Steinem and Robin Morgan, which works to make women and girls more visible and powerful in media. She celebrated her 80th birthday by helping raise nearly $1 million for it.

Stepping Out
of the Shadow

Fonda has lived her life in a fish bowl and so much has been written about her, both good and bad. With her life review, she wanted to find who she was without any outside influence including the public’s opinion of her. Even the government had its own view of her. She joked about her 23,000 FBI files. One of the chapters of her life that drew enormous notoriety, and not the good kind, was her Vietnam War protests. Of her activism during that period, she said, “How many men died because Lyndon Johnson was afraid of premature evacuation?!” The audience erupted in laughter. 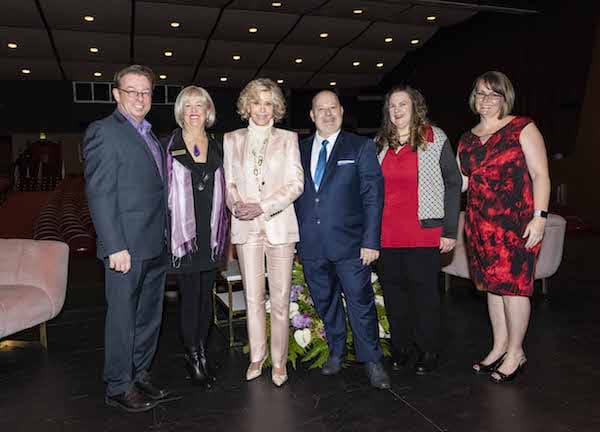 During the Q&A she was asked if there would be a sequel to 9 to 5, the film she starred in with Dolly Parton and Lily Tomlin, which became a cultural touchstone. “The working conditions now are much worse than they were in 1980 when we made 9 to 5,” she says. She told the audience she would like to do a sequel if they can get the right script.

Meanwhile, her Netflix series Grace and Frankie, starring again with Tomlin, will mark its sixth season in 2020. And her prominence continues. A documentary on her life, Jane Fonda in Five Acts, premiered at the 2018 Sundance Film Festival and was aired on HBO.

Fonda is a Wonder Woman who doesn’t show any signs of slowing down. “Now that we’re living longer, being a late bloomer has its advantages,” she says.