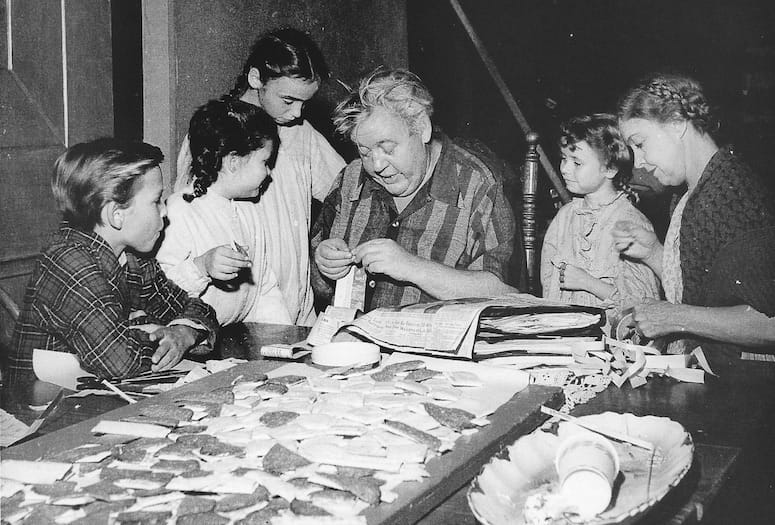 Kathy Garver, second from left, hangs out with director Charles Laughton and actress Lillian Gish during the filming of The Night of the Hunter. Also pictured are Billy Chapin, Mary Ellen Clemons and Cheryl Callaway.
PHOTOGRAPH COURTESY KATHY GARVER

After being released from prison, a deranged preacher poses as a fervent religious man, weds a naive widow, and zeroes in on her kids to tell him where dear ol’ dad hid the $10,000 bucks in loot he swiped in a robbery.

Welcome to The Night of the Hunter, the 1955 gem directed by Charles Laughton and produced by longtime Coachella Valley resident Paul Gregory. The late Roger Ebert called Hunter a “compelling, frightening, and beautiful film.” Fittingly, it opens the 20th anniversary of the beloved Arthur Lyons’ Film Noir Festival, which runs May 9–12 in Palm Springs.

Other festival standouts this year include:

All films screen at Camelot Theatres in Palm Springs.

True, film noir devotees already know that Robert Mitchum played the “sinister” who wed Shelley Winters’ character in The Night of the Hunter and that Lillian Gish also had a starring role in the outing, which was penned by James Agee. But local favorite, actress-author Kathy Garver (The Ten Commandments, Family Affair, Surviving Cissy), was part of the cinematic swirl, too — she was a stand-in and body double to young Sally Jane Bruce.

Expect to see Garver at the opening night festivities and participating in a Q&A moderated by festival coordinator Alan K. Rode. (Garver also appears at Just Fabulous in Palm Springs May 19 for a book signing of The Family Affair Cookbook, a delicious romp of retro recipes.) 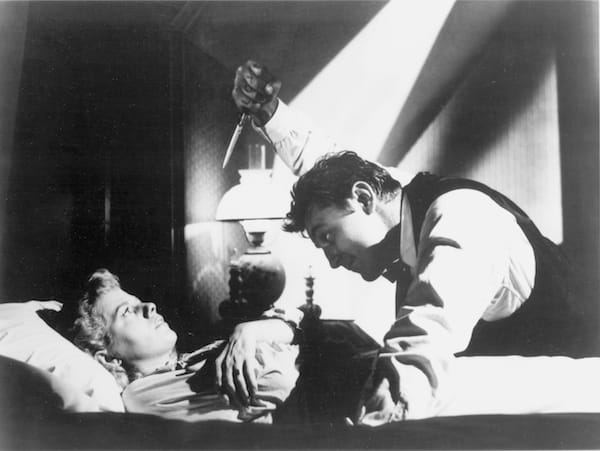 Robert Mitchum starred with Shelley Winters in The Night of the Hunter.

She shares more with Palm Springs Life about The Night of the Hunter.

Tell me about your time on the set.

It was Sally Jane Bruce’s first movie and my first movie, too. She was 5. I was 8 and I was very athletic. I was used much more because Sally couldn’t climb the ladder in the hayloft and such. I was primarily in the boat going down the river. I remember a lot of it. When you’re around 7, that’s when you start remembering things. I have a chapter in my book, Surviving Cissy about the movie because it was so intriguing. I was soaking up all of the experiences.

What do you recall about working alongside Robert Mitchum and Lillian Gish?

I remember Robert Mitchum very well. Lillian Gish wasn’t in the first part of the movie and when it came to her part, she was very charming. At 3 p.m. every afternoon she would spend her own money and have salami and cheese and crackers for the crew. This was also Charles Laughton’s first and last time as a director. The film didn’t get such good reviews back then because it was way ahead of its time. And it has since become one of the best horror films that have been made, according to many sources.

Robert, for sure, was living his role. He was kind of scary to me. He drank a little bit [Laughs] to loosen up. He was a very imposing figure. When he’s chasing me up the steps, I’m really trying to get out of his way. But as scary as Robert was, the antithesis was the sweetness and lightness of Lillian Gish, who was just wonderful.

Your childhood has been filled with dynamic players in Hollywood.

Oh yes. I had Robert Mitchum and Charles Laughton and then The Ten Commandments, which was a blessing. So there I was acting alongside Charlton Heston and Edward G. Robinson. Really fabulous actors. And then tons of television. And of course, with Brian Keith and Sebastian Cabot on Family Affair. 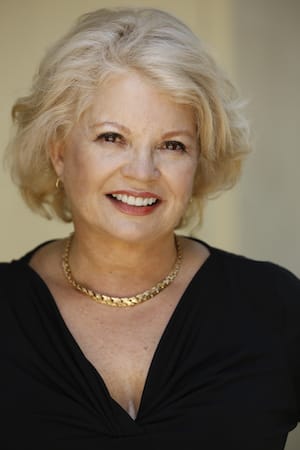 What do you think we all find so alluring about film noir?

It’s such a distinct genre. You have romance, which has been done since the beginning of time, but film noir has this thrilling element to it — gritty and in black-and-white. It touched people in a way they hadn’t been touched before in the movies. And it only lasted for a short amount of time but it stands out from the other genres, and it was so passionate and sometimes over the top. I just saw The Bad Seed again; I was in that movie but [ended up] on the cutting room floor with Shelley Fabares. We had a scene with Patty McCormack. You see that film, and it’s debatable if it’s film noir or not, but one of the specifications that put it in that category was that it was so over the top. It was taken exactly from the theater. It was like watching a stage play.

How does it feel to be so busy these days with books and many other projects?

It’s seems like the older I get, there’s more to do. I have a star on the Palm Springs Walk of Stars — people walk all over me [Laughs]. But I love Palm Springs and I’m working on two other movies and other books. I love it. You have to live for every day.

Kathy Garver will be in attendance at the opening night of The Arthur Lyons’ Film Noir Festival at 7:30 p.m. May 9. The festival runs May 9-12 at Camelot Theatres, 2300 E. Baristo Road in Palm Springs. For the complete schedule and additional information, visit arthurlyonsfilmnoir.ning.com. Keep track of Kathy Garver at kathygarver.com.