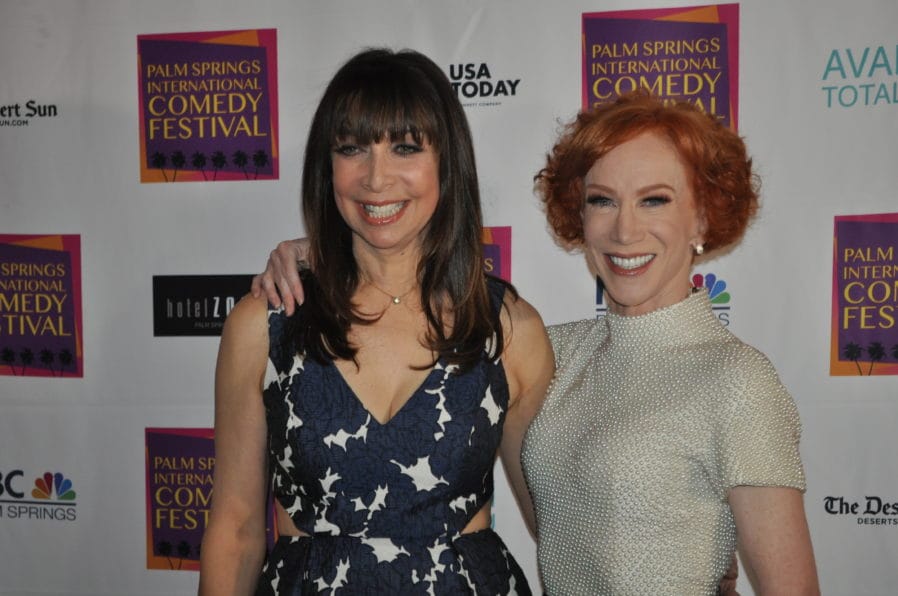 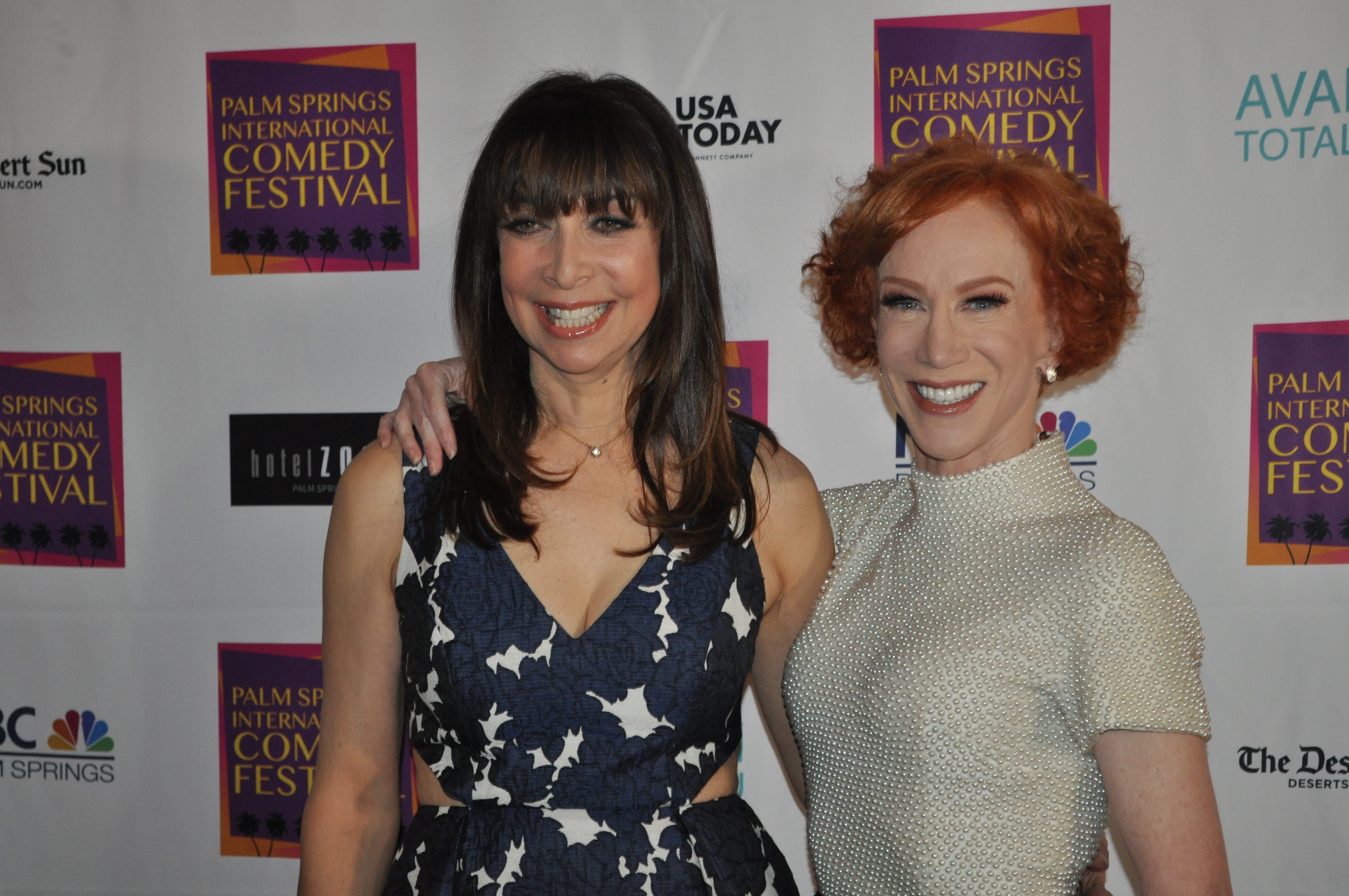 Illeana Douglas and Kathy Griffin were both honored at the inaugural gala for the Palm Springs International Comedy Festival on Nov. 10 at Hotel Zoso.
PHOTOGRAPHS BY JIM POWERS

Kathy Griffin and Illeana Douglas had never met before in person prior to the Palm Springs International Comedy Festival Awards Gala on Nov. 10, but their paths to successful careers are actually not that much different.

Griffin and Dougas were each honored for their comedic talents by the film festival. Griffin was named “Comedian of the Year” while Douglas received the “Pioneer in Comedy Award.” Also honored during the evening gala at the Hotel Zoso in Palm Springs were director/producer Bill Holderman and writer/producer Erin Simms from the movie, Book Club, with the “Stanley Kramer Mad World Comedy Award”.

The Palm Springs International Comedy Festival was created to discover great comedic talent from around the world, with the purpose to promote them to the entertainment industry and the public, as well as to showcase the works of seasoned professionals and celebrities of comedy. The festival provides a showcase for the best comedians, sketch artists, shorts, features, TV pilots, Web series and animation from around the globe, with a screenplay competition awarding the best feature, shorts and TV pilots. The competition features15 categories and 28 awards with submissions judged by top entertainment industry professionals.

Griffin, a two-time Emmy and Grammy award-winning comedian who broke through the entertainment clutter with her universally recognized brand of pull-no-punches comedy. After a year of national scandal and following a sold-out run of stand-up shows and rave reviews around the globe, Griffin is returning with the much-anticipated North American continuation of her “Laugh Your Head Off” World Tour. Armed with the story of the now infamous and controversial photo of President Donald Trump, the fiery redheaded comedian is bringing the story of the photo heard ‘round the world and the fallout that followed.

Douglas was honored for her trailblazing work in the first ever branded celebrity Web series, Easy to Assemble, that opened doors for all the streaming shows to follow. Granddaughter of two-time Academy Award-winning actor Melvyn Douglas, and a classic film lover and historian, Douglas is a frequent host on Turner Classic Movies. For three years she hosted the spotlight series Trailblazing Women. She now co-hosts with comedy legend Carol Burnett  on TCM’s new series, Funny Ladies, a special month of programming celebrating hilarious performances from Lucille Ball, Doris Day and Phyllis Diller to Goldie Hawn, Gilda Radner and Lilly Tomlin. She also hosts her podcast, I Blame Dennis Hopper, interviewing celebrities about classic film.

Some of her memorable film roles include Cape Fear, To Die For, Grace of My Heart, Picture Perfect, Message In a Bottle, Stir of Echoes, Happy Texas and Ghost World.  She received an Emmy nomination as Angela on Six Feet Under,  and has appeared on scores of TV comedies including The Larry Sanders Show, Action, Ugly Betty, The Simpsons and Modern Family.

The award was presented by legendary actress/producer Karen Sharpe Kramer and daughter actress/producer Katharine Kramer. The late Stanley Kramer is the most Oscar-nominated person in history and is known for his dramatic politically driven and timely films. He only directed one comedy, the star-studded blockbuster, It's a Mad, Mad, Mad, Mad World (1963), that will also celebrate its 55th anniversary this year. Parts of the film were shot in Palm Desert.