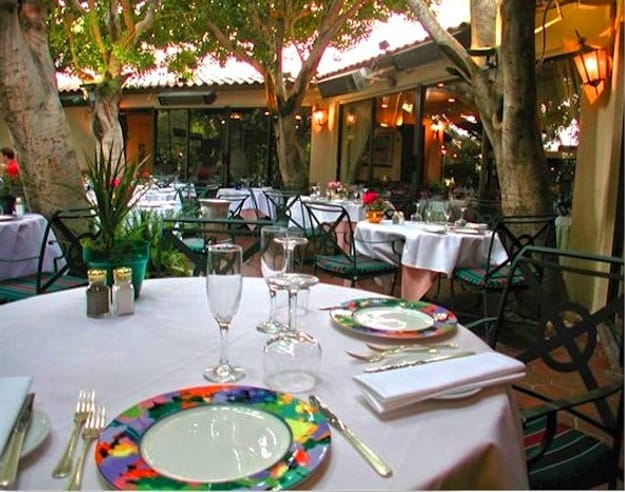 Le Vallauris in Palm Springs has been ranked among the top 100 restaurants in the country based on consumer reviews collected by Open Table, a website used to book real-time reservations for restaurants.

The list was released Wednesday and is based on more than 5 millions reviews submitted between Dec. 1, 2011 and Nov. 30, 2012 by verified Open Table diners for more than 15,000 restaurants in all 50 states and the District of Columbia.

Le Vallauris opened in 1973 at the foot of the San Jacinto Mountains after founder Paul Bruggemans was encouraged by the Hollywood crowd who wintered in Palm Springs to open a French-inspired counterpart to the famous Le St. Germain in Hollywood.

Bruggemans and partner Camille Bardet fell in love with the Robertson house, built in 1924 by the son of Palm Springs pioneer Nellie Coffman. In 1974, Le Vallauris emerged with great care taken to preserve its original layout and the glamorous reputation of Coffman’s nearby Desert Inn where politicians, Hollywood elite, industrialists, and socialites partied.

California led the list of states with 24 restaurants in the top 100 followed by New York with 18 winners. Virginia was next highest with six.

"This year's honorees have accomplished what every restaurant aspires to – making guests feel as though they had a truly singular dining experience," said Open Table Chief Dining Officer Caroline Potter. "These best overall restaurant are consistently getting it right on every level, from top flight ambiance and service to cocktail lists and menus that positively dazzle diners."